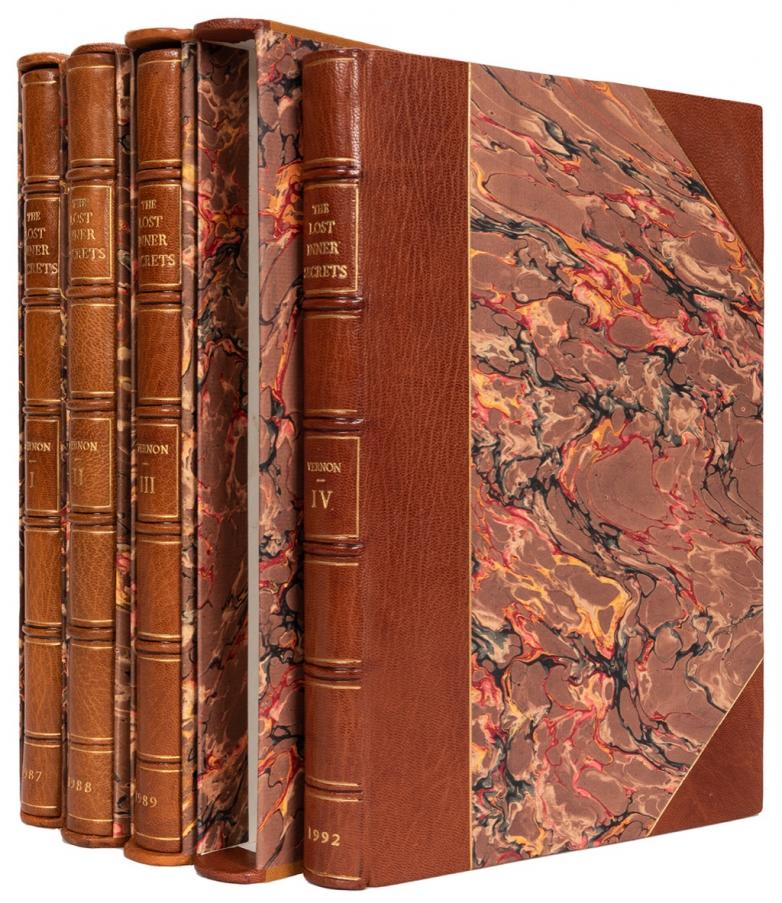 Chicago — Potter & Potter Auctions is excited to announce its upcoming Magic Auction to be held on Saturday, May 2nd starting at 10am, CDT. Given the current public health situation, this sale will be streamed live from Potter & Potter's gallery and held on www.potterauctions.com. Bids can be placed on the company's website. Phone and absentee bidding are available as well. All lots are available for preview now on Potter & Potter's website.

Outstanding, museum quality selections of letters, photos, postcards, and other ephemera signed by Harry Houdini take many of the top slots in this signature spring sale.

•    Lot #209, a Houdini The Famous Jail Breaker New Year postcard from 1907 is estimated at $2,000-3,000.This postcard, mailed to a Russian hotel operator in Odessa, depicts Houdini shackled, his wife Bess in the corner, and a holiday sentiment in English and German.
•    Lot #247, a signed photograph of Houdini from the turn of last century, is estimated at $2,000-3,000. This half-length portrait shows the escape artist dressed in a high white collar and tie.
•    Lot #240, a typed signed letter from Houdini on mourning letterhead, is estimated at $1,500-2,500. It is dated Sept. 29, 1914, addressed to a Mr. Evans, notes his recent move, and mentions the creation of a scrapbook filled with memorabilia supplied by Evans.
•    Lot #246, a signed, c. 1908 notebook of secrets from Harry Houdini’s collection, is estimated at $2,000-3,000. This personal diary is filled with notes, diagrams, and descriptions of magic tricks and apparatus in two different hands; its contents include drawings of trick cigar boxes, vest holdouts, card vanishers, and other assorted apparatus, as well as lists of card sleights to be practiced, and references to works by Hoffmann and others.
•    Lot #236, a Houdini signed salary receipt issued by Moss Empires, Ltd. for the week ending April 10, 1920, is estimated at $1,00-1,500. This paperwork shows that Houdini was paid £400 for his work at The Empire, Cardiff; adjusted for inflation, this suggests Houdini’s salary was the equivalent of about $23,500.

This sale presents a fantastic collection of important broadsides from two centuries of famous and lesser known entertainers and troupes.

•    Lot #363, a framed poster promoting Harry Kellar’s Latest Theosophic Wonder, is estimated at $6,000-9,000. It features Kellar in a scene from his performance of the Morritt Cage illusion.
•    Lot #365, a broadside for Maskelyne & Cooke’s Marvellous Entertainment from the Egyptian Hall, London, is estimated at $5,000-8,000. This c. 1880 lithograph features highlights from the troupe's spooky show including spirit cabinet and table lifting effects, a ghostly manifestation, and a dancing, decapitated skeleton.
•    Lot #356, a three-sheet color lithograph outlining a full-length portrait of magician Karl Germain materializing a female ghost from flames, is estimated at $4,000-6,000. This c. 1908 linen backed rarity was printed in Cleveland by Schmitz-Horning Co. and measures an impressive 76 ½ x 41”.

•    Lot #311, an 1880s-era scrapbook of magic, ventriloquist, and thought-reading materials, is estimated at $3,000-5,000. This collection was likely gathered by magician and ventriloquist Sidney Oldridge, and includes a variety of printed documents related to variety entertainments in London in the late Victorian era.
•    Lot #176, an archive of John Fisher's correspondence from the 1960s - 2000s is estimated at $3,000-5,000. This collection includes roughly 1,000+ pages of magic related letters and materials sent to British TV producer, historian, collector, and author John Fisher, the force behind many of the great televised magic shows spanning three decades.
•    Lot #263, a collection of Houdini memorabilia, is estimated at $300-600. This grouping of 20+ items includes a handbill for Houdini and Conan Doyle, The Houdini Messages by Francis R. Fast, Weird Wonders for Wizards by Joselyne, newspaper clippings, a vintage photograph of Hardeen at his brother’s grave, two engraved portraits of Houdini clipped from his mourning stationery, a prospectus for Cannell’s Secrets of Houdini, two vintage magazines with Houdini articles, Houdini’s Book of Magic and Party Pastimes, and more.

•    Lot #470, Thompson’s engraved cups and balls used for his version of the classic sleight-of-hand trick, is estimated at $2,000-4,000. This set is illustrated in The Magic of Johnny Thompson and is noteworthy as their form was based on cups endorsed by his close friend, Charlie Miller.
•    Lot #476, Thompson's locked "Close-Up Case" and contents is estimated at $2,000-4,000. This briefcase was used to carry the apparatus for his close-up performances and includes the props used for many of his signature routines.
•    Lot #468, Thompson’s “Great Tomsoni” costume and associated accessories for his Las Vegas magic act, is estimated at $2,500-5,000. The outfit consists of a custom tailored jacket, a white dress shirt, cummerbund, white bow tie, custom-tailored pants, a satin ribbon/sash, and patent leather boots. Also included are a number of top hats, props, and a large cloth suitcase.

•    Lot #102, Stephen Minch's The Vernon Chronicles: The Lost Inner Secrets, Volumes I - IV, is estimated at $3,000-4,000. Each volume is number 9 from the privately printed and numbered edition of 14 copies and is housed in a matching cloth slipcase. The books feature signatures by Dai Vernon, Bruce Cervon, Larry Jennings, and Thomas Blue.
•    Lot #208, Eugene Tolkachev's Harry Houdini – Debunker of Spiritualists is estimated at $2,000-3,000. This Russian language example, one of three extant, was printed in Moscow in 1927.
•    Lot #524, a sculpture by Toni Moretto (Italian, 1929-2011) of The Great Tomsoni, is estimated at $2,500-3,500. This c. 1990s work depicts Thompson in a signature moment of his act: inadvertently stripping his assistant of her dress while attempting to grab something from her without looking.
•    Lot #154, Chung Ling Soo’s c. 1915 costume headpiece is estimated at $3,000-6,000. This is the only known wig with an attached braided pigtail worn by Soo, one of the best-known and most successful magicians of the Edwardian era. This fully provenanced rarity consists of a flesh colored cloth skullcap with an attached human hair ponytail braid measuring nearly a yard long.

According to Gabe Fajuri, President at Potter & Potter Auctions, "This is one of the best and most diverse offerings of magicana to cross the auction block at Potter & Potter in a long, long time. It has been quite some time since such a robust collection of Houdiniana has been offered all at once in our catalogs. And the assortment of vintage ephemera is of true historical significance, as well. At the same time, Johnny Thompson was a personal friend, and having the tools of his trade pass through our hands to those in the collecting community is bittersweet."