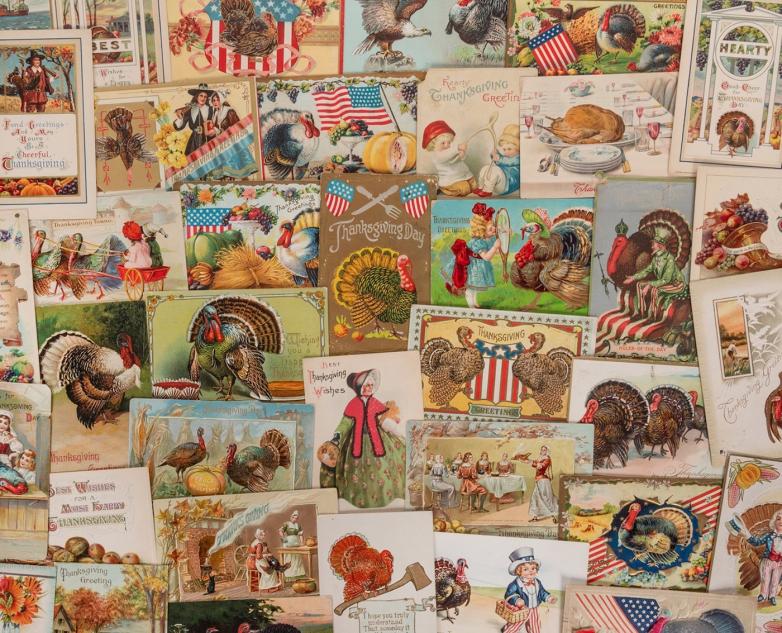 Chicago — Potter & Potter Auctions is pleased to announce this 765 lot sale to be held on Saturday, November 20th starting at 10am. The event will be held online and live streamed, with a limited number of bidders physically allowed in the gallery as determined by current Illinois public health attendance guidelines. Please call the auction house, located at 5001 W. Belmont Avenue in Chicago, at 773-472-1442 to reserve seats. Bidding will take place through Potter & Potter's website, at www.potterauctions.com. Phone and absentee bids are also welcome. All items are available for in-person preview, by appointment only.

Important late 20th and early 21st century photo collections take the top slots in this premier sale.
•    Lot #14, Vivian Maier's (American, 1926–2009) album of her 1959 trip to France and Southeast Asia, is estimated at $20,000-30,000.  Maier was recognized by The New York Times  as “one of America’s more insightful street photographers.” The album consists of 22 Kodacolor prints arranged in a cloth Badger Squeegee Album. The images capture intimate views of Asian street life and the daily scenes of the French countryside.
•    Lot #185, a pair of photograph albums documenting a gold miner’s experience during the 1896 Klondike Gold Rush, is estimated at $12,000-15,000. The albums include 265 albumen prints mounted on heavy stock; many are captioned with most signed by the photographer. Images include Dawson City, the El Dorado mining area, Gold Hill, cabins, social gatherings, river views, miners and prospectors, Native Americans, totem poles, bear cubs, dog sleds, measuring gold dust, and others. These albums and images are from their original owner, Dr. William B. Sickler who was a Klondike miner. The lot also includes Sickler's manuscript “My Trip to the Klondike” describing his trip to Dawson in 1898.
•    Lot #188, an archive of nearly 17,000 early 20th century studio portrait glass plate negatives, is estimated at $4,000-8,000. They include images of infants, children, newlyweds, clubs, first communions, families, and men and women, often in formal dress. The majority measure 7 x 5”, with some 8 x 10” and others as large as 14 x 17”. The lot includes a Photographer’s Association of Wisconsin ledger and six receipt pads.
•    Lot #171, Thomas M. Easterly (1809–1882) and Emil Boehl's (1839–1919) Views of Early St. Louis, is estimated at $2,000-3,000. This c. 1890 folio includes 35 sepia toned photos mounted on heavy stock. Boehl was a St. Louis commercial photographer who primarily focused on capturing St. Louis streets, buildings, and locales, as well as producing copies of Easterly’s daguerreotypes and distributing them as his own. Easterly was considered one of the most prominent daguerreotypists of the Midwest.
•    Lot #257, two c. 1880s photo albums depicting scenes from San Francisco its and surrounding areas - possibly by Isaiah W. Taber - is estimated at $1,500-2,500. Images include 71 sepia-toned and cyanotype photographs of Golden Gate Park, the Francis Scott Key monument, views of the Hotel del Monte, ranches, the Carmel Mission, outdoor scenes, and photos of people, including African American families. This collection is from the estate of Wells Fargo heiress and muralist Clara Fargo Thomas (American, 1891–1970).

Also on offer are museum quality stamp collections dating from the mid-1800s onward.
•    Lot #589, an important US specialty stamp collection from 1907-1990s, is estimated at $4,000-6,000. This extensive, mint collection of commemorative issues, plate # blocks, and first day covers is neatly mounted and identified in three large binders and 17 Elbe spring back albums.
•    Lot #590, a comprehensive US regular issue stamp collection from 1847-1970s, is estimated at $3,500-5,000. It includes used and mint regular issues stamps, mounted in Elbe spring back albums. The catalog value of this collection values at $17,000+, with many $100s in face value.
•    Lot #600, a Scott #230-245 complete U.S. Columbian Mint Set from 1893, is estimated at $3,000-5,000. This set is bright and fresh, with generally well centered stamps, and features choice $3 and $5 values. All but the 1 cent stamp has its full original gum.
Fine and antique books are destined to be best sellers at this late fall  event.
•    Lot #18, Mihail Moldoveanu's, (Romanian, b. 1953) two volume Bucuresti, is estimated at $1,200-2,000. This limited edition publication was printed in Paris in 2004. It features photos of Bucharest, with copy in English, Romanian, and French. The 1st volume is signed and numbered 8/350 by Moldoveanu. The 2nd volume consists of 50 individual signed and numbered prints, each embossed with the photographer’s credit.
•    Lot #574, a first edition of William Clark Russell's (1844-1911) The Wreck of the Grosvenor, is estimated at $800-1,200. This three volume rarity was printed in London by Sampson Low in 1877. This tome, considered Russell’s best known novel, has been deemed “the most popular mid-Victorian melodrama of adventure and heroism at sea.”
•    Lot #400, a signed copy of Charlie Chaplin's (1889-1977) My Trip Abroad, is estimated at $400-600. It was printed in February, 1922 in New York by Harper & Brothers. Chaplin sailed for England in September 1921, hot on the heels of international fame following the massive success of The Kid. In Europe, he made the acquaintance of a veritable who’s who of early twentieth century luminaries.

This auction also offers a first class selection of themed postcard collections.
•    Lot #639, an archive of c. 1,000 Colorado postcards and associated ephemera, is estimated at $1,000-2,000. This single owner, lifetime collection includes early real-photo postcards, linens, lithos, and chromes, together with three plastic tubs containing travel albums, 35mm slides, maps, booklets, prints, and related material on early to mid-20th century Colorado history.
•    Lot #700, a collection of c. 500 Thanksgiving postcards, is estimated at $500-700. Many are signed by Ellen Clapsaddle, Frances Brundage, and other popular illustrators. Most are pre-1920; themes represented include turkeys, children, patriotism, menus, and pilgrims.
•    Lot #655, a carton of c. 300 postcards depicting beautiful women, is estimated at $400-600. Most are pre-1920 and feature dancers, bathers, and other feminine themes. Many are hand tinted real photo postcards.

According to Christopher Brink, Potter & Potter Auctions' Director of Fine Books and Manuscripts, "We are pleased to present our first dedicated auction to photography and ephemera. Not only is this a diverse offering for all collectors, it will also feature several choice items that have not been on the market. The lifetime photographs of Vivian Maier will be something to keep an eye on as these are unpublished prints that were developed by her in her nanny studio making them a true rarity."