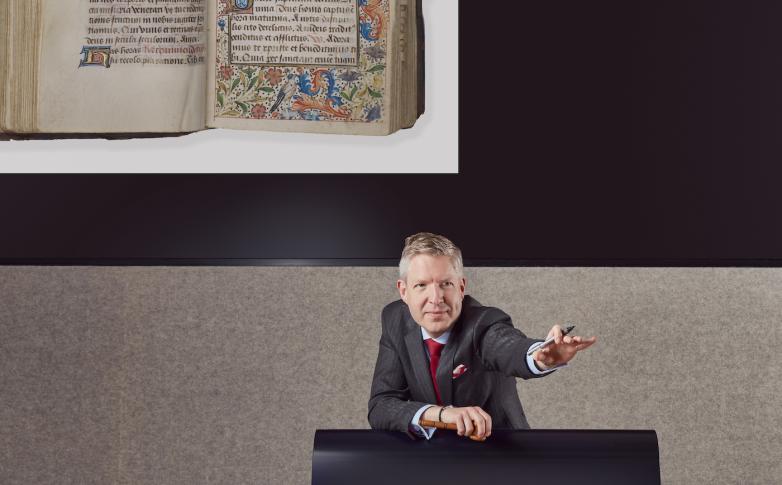 London – Bonhams has appointed Matthew Haley as Managing Director of its Knightsbridge saleroom. Matthew took up his new post at the beginning of July and succeeds Jon Baddeley who is stepping back from management responsibilities after 50 years in the art and antiques world, 22 of them at Bonhams. Jon will continue to act as a consultant to Bonhams.

Matthew has been Head of Fine Books and Manuscripts at Bonhams London since 2013, a position he will combine with his new role as Managing Director. A graduate of Oxford University, he joined Bonhams Books Department in London in 2004 and spent the years 2008-2012 with Bonhams Books department in New York and Los Angeles. He has sold Jackie Kennedy's love letters, a sledge from Shackleton's Antarctic expedition, and many important libraries, as well as creating a series of Space History auctions. Matthew is a qualified auctioneer and regularly appears as a specialist on the BBC’s Antiques Roadshow.

Matthew Haley said: “I am honoured and excited to have been asked to take on this new responsibility as Managing Director of Knightsbridge. Under Jon Baddeley’s leadership the saleroom has gone from strength to strength, and he leaves us in great shape. Jon will be a very hard act to follow but I am relishing the challenge.”

India Phillips, Bonhams UK Managing Director, said: “Matthew has been an outstanding Head of Books and Manuscripts and an invaluable member of the senior management team at Knightsbridge. I am delighted that he has accepted our invitation to take on the leadership of Knightsbridge as its new Managing Director.”