Medieval Books of Hours go on Exhibit at the Getty Museum 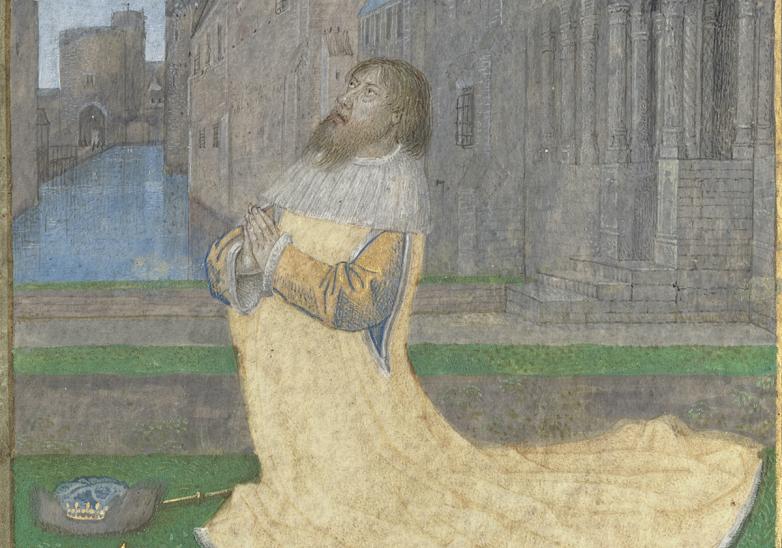 Los Angeles – Books of hours were among the most widely produced and used manuscripts in the Middle Ages. These decorated prayer books not only structured time for their readers (over a day, a year, or a lifetime) but met an increasing demand for private and personalized Christian devotion.

Transcending Time: The Medieval Book of Hours, on view at the J. Paul Getty Museum, Getty Center, from August 31, 2021 through February 20, 2022, offers a glimpse of the many ways medieval Christians sought to understand the most significant aspects of their lives—love, labor, and death, among others—as bound by the passage of time.

“This exhibition draws upon a major strength of the Museum’s holdings as books of hours comprise nearly a fourth of the manuscript collection,” said Timothy Potts, Maria Hummer-Tuttle and Robert Tuttle director of the J. Paul Getty Museum. “The flexible nature of illumination in books of hours and their wealth of imagery allows us to present an in-depth story of personal devotion and the conception of time during the medieval period.”

The exhibition is divided into three sections: how time was structured, the evolution of the book for private devotional practices, and the thriving late medieval book market.

Structuring Time
Books of hours ordered time for their readers, segmenting their experience over the course of hours, days, months, years, and even lifetimes. The central devotional text was the Hours of the Virgin, a set of prayers in eight sections recited at regular intervals during the day (called the canonical hours), modeled after the practice at Christian monasteries. Many books of hours also included a calendar featuring saints’ days, seasonal (often agricultural) activities, and zodiacal signs, a type of astrological timekeeping inherited from the classical world. Books of hours fostered reflection on the passage of time as experienced through familial celebrations as well as mourning. Books of hours sought to connect readers’ experience of their own mortality with the larger scale of time conveyed through biblical texts and images.

Personal Time
The later Middle Ages saw a shift from public worship centered around religious services in church to more private devotional practices. This change sparked an interest in prayer books that incorporated varied texts and images to encourage individual reflection and supplication, often intensely personal in nature. The most extensively illustrated books of hours, produced for nobility, reflected not only these new devotional interests but also a cultural identity firmly tied to material wealth and the cultivation of sophisticated taste. The illuminations in books of hours provide insight into these dual concerns—private time for pious prayer and public display of worldly status. The same book could fulfill both purposes.

Changing Markets
Wealthy individuals among the highest echelons of society continued to commission books of hours throughout the later Middle Ages, but increased literacy and upward social mobility contributed to a growing desire for these manuscripts among citizens of ordinary means. In the decades leading up to 1500, an industry of professional scribes, artists, and booksellers began to produce books of hours at all levels of quality and price. This “mass production” found new expression and reach with the development of the printing press in western Europe in the mid-15th century. Books of hours, printed in hundreds of different editions toward the end of that century, were among the first commercially successful ventures in the new medium. The steady demand for books of hours in both manuscript and print provides a record of mercantile and technological change spanning centuries of Christian readership.

“Books of hours are fascinating objects because they touch so many parts of their readers’ experience of the world,” explains Larisa Grollemond, assistant curator of Manuscripts at the Getty Museum and the exhibition’s curator. “And because they were made in such large numbers, the changes in their production and decoration can also tell us a lot about the medieval book market over time.”

Transcending Time: The Medieval Book of Hours will be on view August 31, 2021–February 20, 2022, at the Getty Center. It is curated by Larisa Grollemond.