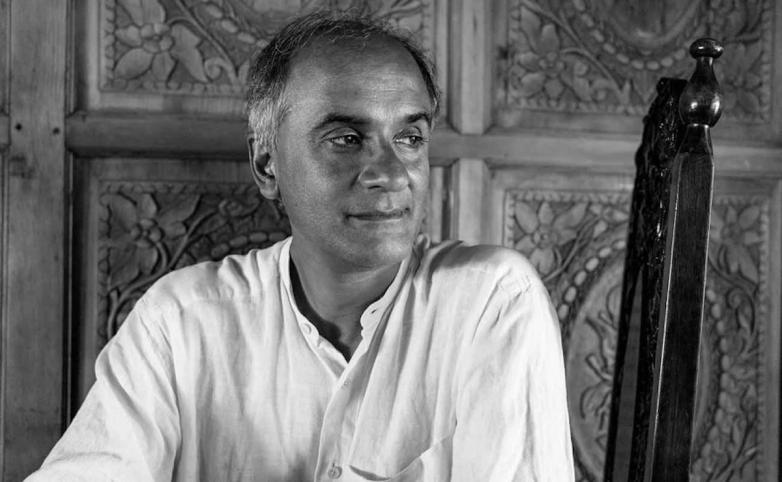 San Marino, CA —The Huntington Library, Art Museum, and Botanical Gardens announced today that it has acquired the archive of acclaimed novelist and travel writer Pico Iyer, author of such bestsellers as The Art of Stillness and The Open Road. The acquisition is a substantial addition to The Huntington’s already extensive holdings in fiction and travel literature. The archive contains more than 6,000 drafts of Iyer’s shorter and longer works; notes in preparation for interviews, teaching, and talks; and personal notes and diaries.

“For more than 30 years, The Huntington has been one of my very favorite places in my longtime adopted home, California,” said Iyer, who was born in Oxford, England, in 1957. His Indian parents moved to California when he was 7, and he spent his childhood in both the U.S. and England.

“In many ways, The Huntington has always struck me as a piece of the Old World in the heart of the new: a memory of England at the center of Southern California. It has somehow seemed the perfect blending of many of my places,” he said.

Iyer has written 15 books, translated into 23 languages. His debut book, Video Night in Kathmandu (1988), documents his travels through Asia and was one of the first works to transcribe our global neighborhood. In an afterword, written 12 years after its publication, he noted, “The deeper truth, perhaps, is that the globalism I was describing in these places has migrated inwards, and the borders that used to exist mostly in our minds have been replaced by a borderlessness that may be just as notional.”

Iyer’s other travel books include Falling Off the Map: Some Lonely Places of the World (1993); The Global Soul: Jet Lag, Shopping Malls, and the Search for Home (2000); and Sun After Dark: Flights Into the Foreign (2004).

“Iyer’s writing has explored questions of identity in an increasingly mobile and pluralistic world,” said Karla Nielsen, curator of literary collections at The Huntington. “He has logged hundreds of thousands of miles traversing the planet, seeing more than most people not just because of this mobility, but also because he is an exceptional observer and listener. He reports on a world that is only beginning to come into focus for most of us.”

“The fact that The Huntington contains the archive of Christopher Isherwood, whom I knew a little, as well as of Evelyn Waugh, and the fact that it has such a rich holding of Henry David Thoreau, my lifelong guide and role model, together consolidate my sense that this is the perfect home for all that lies close to my heart,” Iyer said. “The Huntington has always been a model of civility, grace, and beauty. It’s a collective inheritance for which we’re all so grateful. To be part of its rich and rare tradition is both humbling and tremendously fulfilling.”

On Oct. 27, Iyer will join fellow authors Kristen Case, Gerald Early, and Megan Marshall in an online conversation, moderated by Nielsen, about the ongoing resonance of Thoreau’s groundbreaking work.

An inspirational interviewer, speaker, and teacher, Iyer has discussed topics ranging from the art of stillness to the meaning of home in four widely viewed TED Talks.

He has written for more than 250 periodicals worldwide, including Time, the New York Times, the New York Review of Books, Harper’s, and National Geographic. Iyer attended Eton College as a King’s Scholar and earned a congratulatory double first in English literature at Magdalen College, Oxford. In 1980, he received a second master’s degree at Harvard University, where he taught for two years. In subsequent years, he has been awarded a Guggenheim Fellowship, an honorary doctorate in humane letters at Harvard, and a Ferris Professorship at Princeton, among many other such honors. Iyer lives in Nara, Japan, with his wife, Hiroko.