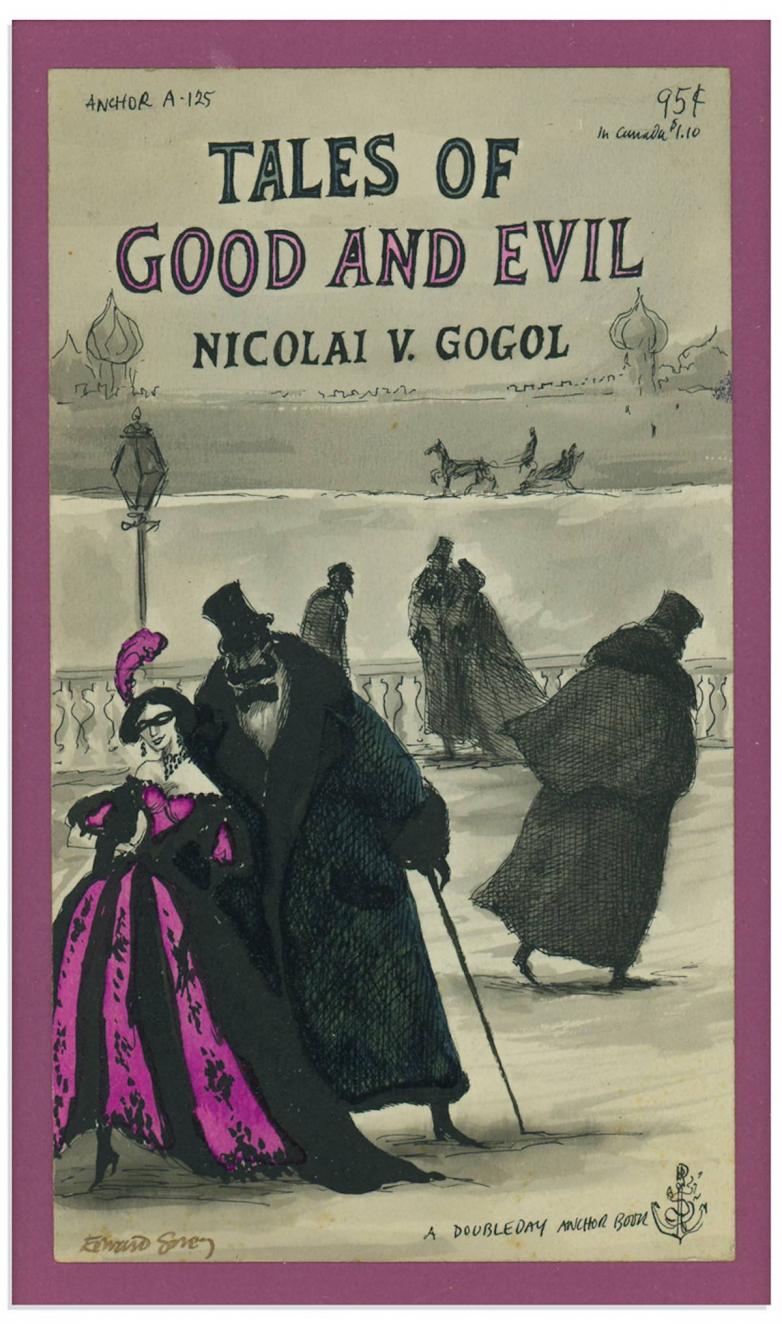 Tales of Good and Evil

The original artwork was done for the cover of Nicolai Gogol's short story collection, Tales of Good and Evil, unpublished but closely matching the final cover, with slightly different colors on the lady's dress and man's coat. This was completed by Gorey circa 1956, at which time Gorey worked as an illustrator for Doubleday Anchor. This artwork beautifully exemplifies Gorey's Victorian-Gothic sensibility.

This Edward Gorey original artwork, rendered in pen, ink and watercolor is informally titled ''Tattooed Man and Associate.’’ This charming, somewhat absurdist artwork by Gorey was likely completed in the early 1950s, showing a man covered in swirly tattoos speaking to his companion in the library, with amusing touches such as the man holding a miniature person or statue, and a chamber pot next to the reclined reader.