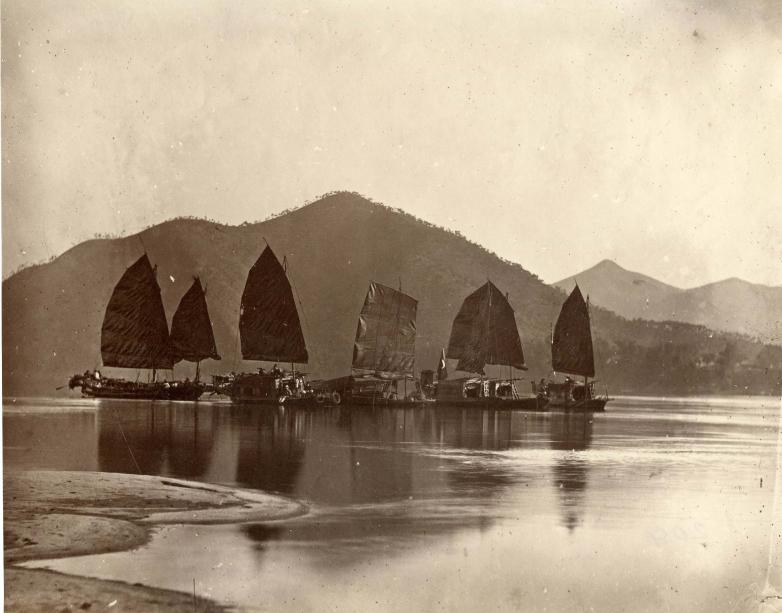 Courtesy of the Loewentheil Collection

Ithaca, NY — Rare early photographs of China by the Chinese photographer Lai Fong, from the Loewentheil Photography of China Collection, will be exhibited for the first time at the Herbert F. Johnson Museum of Art, Cornell University.

The landmark exhibition, Lai Fong (c.1839–1890): Photographer of China presents nearly 50 Lai Fong photographs made in the 1870s and 1880s of China. The photographs have been selected from the renowned Loewentheil Collection, which includes more than 21,000 early photographs of China. The exhibition features magnificent views of a rapidly growing Hong Kong, Guangzhou, Beijing, Shanghai, Fuzhou, and Xiamen, and important early portraits of the diverse people of late Qing Dynasty China.

The leading Chinese photographer of the 19th century, Lai likely began his photographic career in Hong Kong in 1859. His professional studio, Afong opened in 1870 and operated for nearly a century. Lai established and ran his studio for decades until his death when he passed the studio on to his son and daughter in-law. Its artistic legacy, grounded in traditional Chinese art, influenced generations of photographers including contemporary Chinese image-makers.

黎芳 Lai Fong (c.1839–1890): Photographer of China presents a unique glimpse of China’s rich past through these early photographic masterpieces depicting the people, landscapes, cities, architecture, monuments and culture of China. This unprecedented exhibition provides a rare opportunity to see China and its people through the lens of the Chinese master photographer at the historical moment before the epochal transformations of the 20th century.

In addition to the exhibition in the Herbert F. Johnson Museum of Art, Lai Fong and Thomas Child: Photographs of Late Qing Dynasty Chinese Street Life will be held in the Rotunda Gallery in the Rare and Manuscript Collection at Cornell University Libraries, Ithaca, New York, February 6 - April 18, 2020.

The Stephan Loewentheil China Photography Collection of more than 21,000 photographs, based in New York, is the largest holding of historical photographs of China in private hands. For more information on the collection go to www.loewentheilcollection.com