Fine Autographs and Artifacts Featuring Hollywood up for Auction 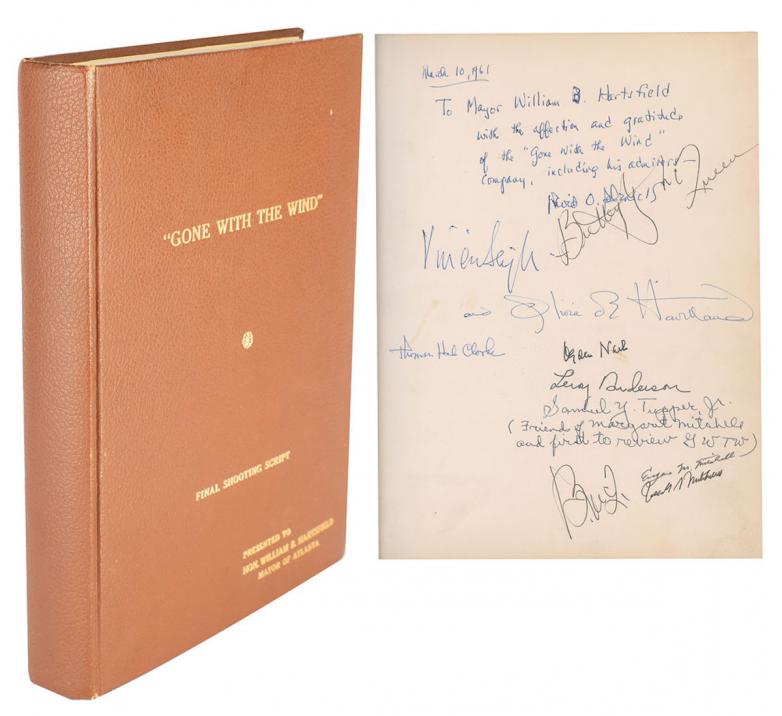 Boston — With more than 1,200 items up for bidding, RR Auction's September sale features an abundance of signed Hollywood photographs, plus a nice selection of awards, props, and costumes.

At the time Dean signed this contract, shooting had just begun on Rebel Without a Cause: the movie was in production from March 28 to May 25, 1955. Portraying Jim Stark in the classic coming-of-age film, Dean exemplified teenage angst and was recognized by Jack Warner as a rising star. At Warner's behest, what began as a black-and-white B-movie became a full-color blockbuster. The production of Giant began shortly after Rebel Without a Cause wrapped, with Dean playing a ranch hand who strikes oil in Texas. Killed in a car crash on September 30, 1955—before the production of Giant was completed—he would not live to see either premiere. While Rebel Without a Cause is now recognized as his most iconic role, it was his appearance as Jett Rink in Giant that earned him the first posthumous Academy Award nomination. (Estimate: $10,000+)

Unique Gone With the Wind autographs, among them, is a Margaret Mitchell historic 18-page signed document, dated July 30, 1936. The agreement between Mitchell and Selznick International Pictures, in which the author affirms that she has unencumbered ownership "to certain original literary and dramatic writings and material known as 'Gone With the Wind,'" and assigns the motion picture and broadcasting rights to Selznick for $50,000. Signed at the conclusion in full by Mitchell, who also initials three pages, "M. M. M." Countersigned by Selznick International's treasurer John Wharton, who also adds his initials three times. (Estimate: $15,000+)

Also, a remarkable presentation script for Gone With the Wind prepared by producer David O. Selznick circa 1958-1961 and given to Mayor William Hartsfield of Atlanta. (Estimate: $3,000+)

Other highlights in the sale are rare and extraordinary autographs of Emily Dickinson, Isaac Newton, The Beatles, John Law, Franz Joseph Haydn, and Abraham Lincoln. A fantastic archive of Alexander McQueen material rounds out the impressive sale.

The Fine Autographs and Artifacts featuring Hollywood from RR Auction began on August 21 and will conclude September 9. For more information, go to www.rrauction.com.

RR Auction is a globally recognized and trusted auction house specializing in historical autographs and artifacts. Join us as we make history selling history in September 2020.