Fairhaven Collection of Natural History Heads to Auction After 70 Years 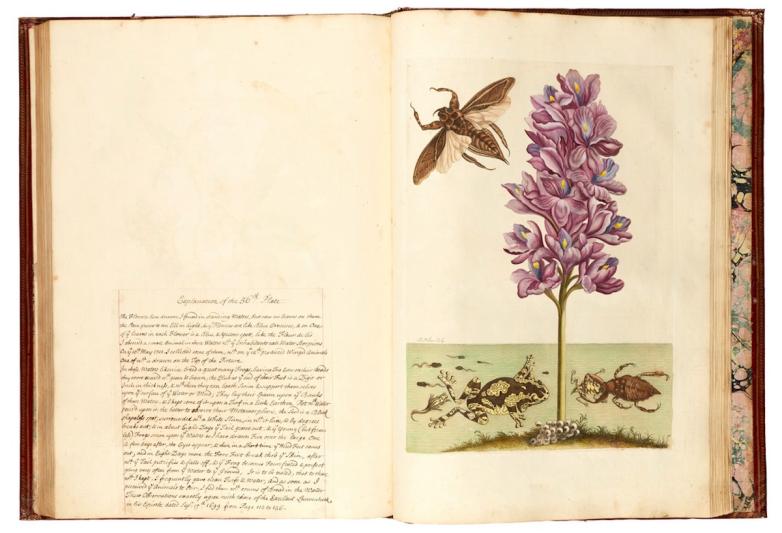 London — Unseen for 70 years, the library of Henry Rogers Broughton, 2nd Baron Fairhaven (1900-1973) is considered one of the most celebrated collections of natural history not only containing stunning examples of the most famous volumes but also a host of rarities. Now, more than 500 books, including rare first editions rich with fine illustrations, will be offered across two auctions at Sotheby’s, commencing this month (the first auction on May 18, with the second following in November). A public exhibition will be open at Sotheby’s London from 14-17 May.

David Goldthorpe, Head of Books and Manuscripts, Europe said: “This is one of the great libraries of the last century. Such remarkable collections rarely come to the market, instead remaining myths in the book world. Most equivalents have been either lost or dispersed. Assembled over 30 years, this is the first time that the Broughton collection of zoology, ornithology and botany has been fully revealed, filled as it is with rare and highly desirable treasures that bring to life the remarkable stories of the characters behind them - the explorers, plant hunters, scientists and pioneers of the time, hungry to learn about the expanding world. In many cases, only a handful of these volumes survive anywhere in the world, or have not surfaced at auction in decades.”

The Library of Henry Rogers Broughton, 2nd Baron Fairhaven Part I, 18 May 2022

Charting our changing understanding of the natural world from the 17th to 19th centuries, this library takes us all over the world through the eyes of those who sailed the world (whether that be through colonization or adventure) and learned about the global smorgasbord of plants and animals that we know today.

Despite the threat faced by shipwreck, piracy and disease, this era saw a huge surge of adventurers traveling to locations far and wide - from India to Guatemala, Java, Fiji, Brazil, Siberia and beyond - to bring back sensational specimens (some now extinct), often to private botanical gardens and collections of wealthy collectors.

Others books are simply works of art, including one of the greatest eighteenth-century botanical colour-plate books (1750, Lot 230) or were written for Kings, Queens and Emperors (1804, Lot 20). One volume was created for Marie de Medici to provide her with inspiration for her needlework (1623, Lot 233).

Treasures include fifteen works by John Gould, the most celebrated ornithologist of the 19th century. A son of a gardener, Gould became an apprentice of the Royal Gardens of Windsor and then moved on to become the first curator and animal preserver at the museum of the Zoological Society of London in 1827. His role brought him into contact with the country’s leading naturalists, including Charles Darwin, who submitted his bird specimens for identification in 1837 which Gould classified as the now well-known “Darwin finches”. Highlights include a first edition of Gould’s largest and most important work, and the finest of all Australian bird books (Lot 88, Est.
£150,000- 200,000) and a magnificent collaboration with Edward Lear on toucans and parrots (Lot 90, Est. £60,000- 90,000).

The first published account of the flora and fauna of North America by Mark Catesby (Lot 42, Est. £100,000- 150,000) captures the colours and variety of species of “the New World”. An English naturalist, he accompanied his sister to Virginia, and began collecting seeds and botanical specimens. He would become famous among gardeners for introducing plants such as lilythorns to Europe. Also offered is John Audubon and John Bachman’s Quadrupeds (Lot 9, Est. £150,000- 250,000), Audubon’s grand final project to bring understanding of North American mammals, which took fifteen years to complete.

Maria Merian’s seventeenth century records of insects (Lot 152, Est. £50,000 - 70,000) – which were produced at a time when insects were seen as "beasts of the devil" - went on to influence the work of Carl Linnaeus and Charles Darwin. Over her lifetime, she collected and observed the life cycles of 186 different insect species. Together with her daughter Dorothea, she embarked on a remarkably enterprising journey to South America, arriving in September 1699. They stayed for nearly two years studying and recording the plants and insects. She also made a living through teaching and selling her paintings, with Old Master painter Rachel Ruysch as one of her pupils.

The Story Behind The Library

Henry Rogers Broughton (1900-1973) built his outstanding library over 30 years at Bakeham House near Windsor, a place where he could indulge his passion for gardening nature in its 53 acre garden. He recorded every purchase (their price, origin and dealer) from his first acquisition in 1927, to his last in 1960. On his death, his renowned collection of art was donated to the Fitzwilliam Museum, Cambridge while the library was passed to his descendants, and largely disappeared until now.

The genesis of the Fairhaven Library is, in itself, the stuff of legends. His mother, Cara Rogers was a descendant of the Mayflower Pilgrims, whose father was selling paraffin in the local market in Fairhaven, Massachusetts, when he decided to try his hand in the burgeoning oil industry. Ultimately he sold his operation to the Rockefellers, and after expanding into banking, rail and mining died with a staggering fortune of $100 million.

Henry’s father, Urban Broughton, was a British civil engineer, who made his fortune by introducing some of the first hydro-pneumatic sewerage systems to America. It was there that he met Cara in 1895, before later moving the young family back to the United Kingdom in 1912. There, Urban became an MP and in time was awarded a peerage for his political and philanthropic endeavors, earning the title Baron Fairhaven. After his death Cara oversaw the purchase of the Meadows of Runnymede – the spot where the Magna Carta had been signed - and donated the site to the British nation in his memory.