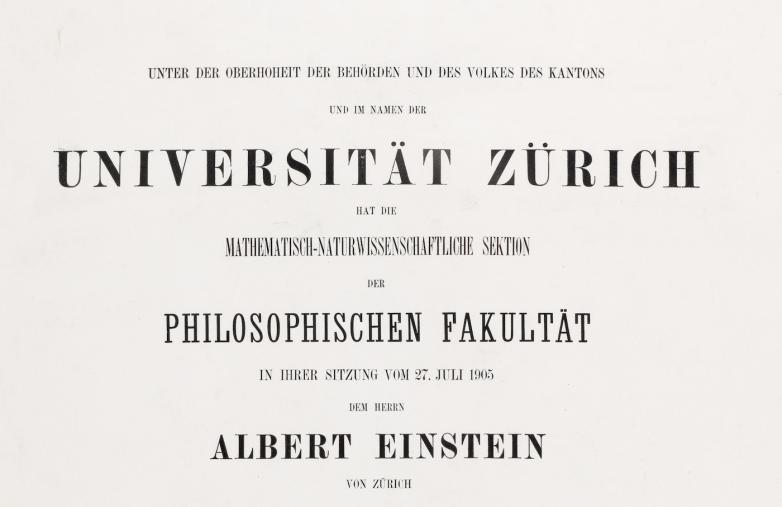 New York – Einstein’s original Doctorate Certificate from 1905, an important personal relic of the 20th-century’s greatest scientist, will lead the Bonhams Fine Books & Manuscripts auction on April 12 in New York. A year of stunning achievement for Einstein, 1905 is commonly known as the Annus Mirabilis (miraculous year) of Albert Einstein, after publishing five landmark papers, each of which is considered foundational in modern physics, including his most frequently cited paper and thesis, A New Determination of Molecular Dimensions. This thesis would earn him the certificate which is estimated at $300,000 – 500,000. 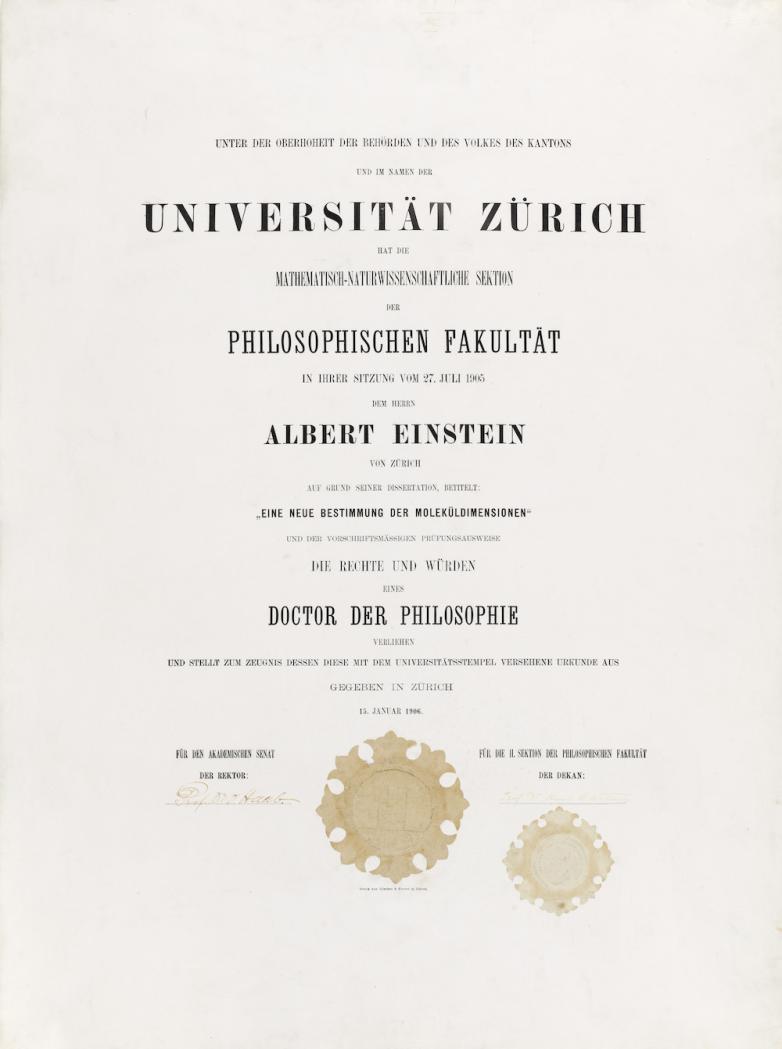 Ian Ehling, Bonhams Director of Fine Books and Manuscripts in New York, said, “Einstein’s doctoral certificate for his important paper on calculating molecular dimensions, now the most cited of all of his writings, stands as a fantastic reminder of his genius and the cornerstone of his academic and research career which profoundly affected the way we view our world and the cosmos.”

The sale will also feature the collection of the photographer Roman Vishniac (1897-1990), who famously documented pre-World War II Jewish communities throughout Europe. Born to a Russian-Jewish family, Vishniac fled Russia in the face of rising anti-Semitism in 1918, landing in Germany a few years before the Nazi rise to power. His intimate and haunting photographs of Jewish neighborhoods on the eve of the war were published after the war as part of Vanished World: Jewish Cities, Jewish People in 1947, which propelled him to fame.

Vishniac began taking photographs at the age of 7 and was a pioneer in the field of photomicroscopy—the science of capturing images through a microscope. Both a scientist and a scholar, he possessed a wide-ranging intellect which is reflected in his library with highlights in early illustrated books in science, medicine, cosmography, astronomy, Judaica, Americana and alchemy, among other interests. The sale will feature 174 lots selected from his incredible library. Highlights include:

A German language, first edition of The Nuremberg Chronicle by Hartmann Schedel (1440-1514). One of the most extensively illustrated books of the 15th century, the work is an encyclopedia of historical accounts and is estimated at $60,000 – 90,000.

Micrographia: or some Physiological Descriptions of Minute Bodies made by Magnifying Glasses by Robert Hooke (1635-1703). A first edition of Hooke’s most celebrated work and the most influential work in the history of microscopy, it is estimated at $15,000 – 25,000.