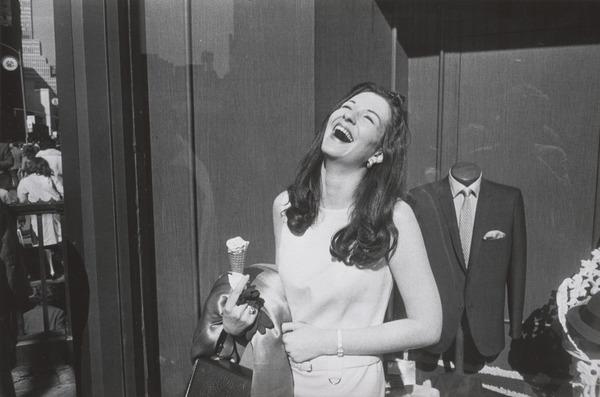 Tucson, AZ — The most comprehensive exhibition to pay homage to New York’s legendary LIGHT Gallery is on view at the Center for Creative Photography through May 9, 2020. The Qualities of LIGHT: The Story of a Pioneering New York City Photography Gallery showcases the work of more than 20 photographers whose work rose to prominence during the gallery’s run from 1971 to 1987, including Ansel Adams, Harry Callahan, Linda Connor, Emmet Gowin, Betty Hahn, Eikoh Hosoe, Ray Metzker, Duane Michals, Stephen Shore, Aaron Siskind, and Garry Winogrand. The exhibition is accompanied by a documentary film, symposium, and dedicated app.

LIGHT Gallery grew to become an epicenter for art photography back when photography was only beginning to be considered an art, offering exclusive representation for contemporary photographers for the first time and allowing them to build careers as independent, full-time artists. The Gallery’s exhibitions drew such notables as Patti Smith, Robert Mapplethorpe, Sam Wagstaff, Andy Warhol’s factory crowd, Diane Keaton and Vicente Wolf.

“LIGHT Gallery played a critical role in photography’s legitimization and pioneered new approaches to its sale and presentation,” said Rebecca Senf, Chief Curator, Center for Creative Photography. “There is no question that LIGHT made an undeniable and lasting impact on the way photography is understood today.”

The exhibition coincides with the debut of a short documentary film, LIGHT: When Photography Was Undiscovered, 1971-1987, by renowned filmmaker Lisa Immordino Vreeland. The Center plans to produce a publication based both on the exhibition and a recent symposium that explored the Gallery’s influence and legacy and featured talks, tours, and a panel discussions with leading curators, gallerists, photographers, and scholars from across the country.

Founded by Tennyson Schad in 1971, with its first location at 1018 Madison Avenue, LIGHT Gallery expanded in 1976 with a move to a larger location at 724 Fifth Avenue where it was located until it closed in 1987.

The Center for Creative Photography is uniquely positioned to present the exhibition about LIGHT as it counts among its 279 archives those of LIGHT gallery itself, founding director Harold Jones, and many of the gallery’s artists including Tom Barrow, Arthur Bell, Wynn Bullock, Harry Callahan, Barbara Crane, Joe Deal, Robert Heinecken, Bea Nettles, Aaron Siskind, Todd Walker, Jack Welpott, and Garry Winogrand. The Center shares a founding director with LIGHT: Harold Jones, the first director of LIGHT in 1971, was recruited by the University of Arizona and appointed as the inaugural director of the Center for Creative Photography in 1975.

Anne Breckenridge Barrett, Director, Center for Creative Photography said, “LIGHT’s contribution to photography is unmatched, and the Center for Creative Photography is proud to exhibit photographs as well as numerous other objects from our unparalleled archives to tell the story. This is another example of how the Center is unique in its holdings and can produce exhibitions that can only come from our institution.”

The Qualities of LIGHT includes work by contemporary photographers represented by the four New York City gallery owners who worked at LIGHT, including Christopher Colville, Lilly McElroy, Eric Pickersgill, Donna Ruff, JoAnn Verburg, and Cassandra Zampini. LIGHT Gallery was known for their flat files, which made the gallery inventory accessible to visitors, and the exhibition will offer photographs by contemporary photographers in flat files that can be handled by visitors. The exhibition will also map the influence of LIGHT Gallery with a photography network map outlining the interconnected-ness of LIGHT’s community and the central position it occupied in relation to museums, galleries, and universities in New York and across the country. A LIGHT Lab will provide an interactive space with catalogues, news articles, a workshop for contributing to the network map, a digital space for further exploring the exhibition content, and related material about the Gallery’s storied role. The exhibition is complemented by a new app, CCP Interactive, which will present audio, images, and documents, allowing visitors in gallery and those at a distance to explore the exhibition in more depth.

Nearly 50 years later, the field of photography has grown exponentially. Although there are more people working in photography, many of them can trace their own histories back through the community surrounding LIGHT Gallery. The Qualities of LIGHT provides a lens to show how a cultural movement took shape, who the players were, and how ultimately, acceptance for photography as a fine art was won.