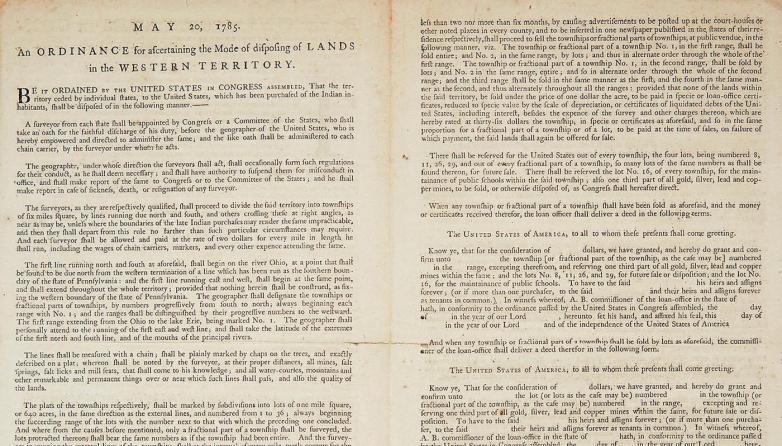 Philadelphia — Freeman’s inaugural auction of its 2022 season, Books and Manuscripts, was led by the sale of a remarkable Land Ordinance of 1785, which far exceeded pre-sale estimates to achieve $201,600 (Lot 22; estimate: $80,000-120,000). The auction featured an impressive 98% sell-through rate and reaffirms Freeman’s excellence in bringing significant historic American material to market.

The present Land Ordinance of 1785, printed in New York, is an extremely rare printing of one of the most significant pieces of US congressional legislation; it established America’s public land system, in which the government could parcel out and sell undeveloped land to settlers moving westward. The document was the prelude to the Northwest Ordinance of 1787, the path to future statehood for the territories northwest of the Ohio River, including Illinois, Indiana, Michigan, Ohio, Wisconsin, and the eastern half of Minnesota.

“We are very pleased with the result for the Ordinance,” says Darren Winston, Head of Books and Manuscripts. “There was tremendous interest in this lot leading up to today’s sale. When something so rare comes on the market, there is inevitably a lot of excitement among collectors; today’s sale reinforced just how valuable this document is, and we have a very happy consignor.”