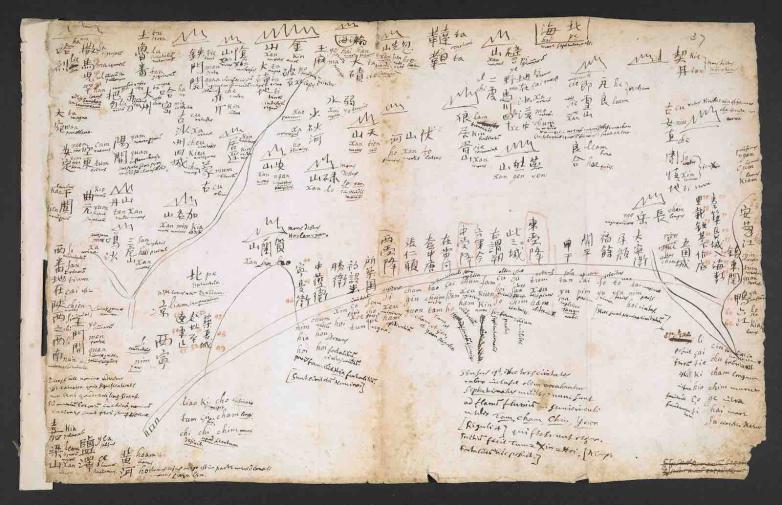 London, British Library - Chinese and British (November 18, 2022 – April 23, 2023). Comprising handwritten letters, photographs and oral histories, this free exhibition draws on personal stories and moments of national significance to ask what it means to be Chinese and British. The exhibition is supported by Blick Rothenberg.

From the first recorded individuals arriving from China in the late 1600s to Liverpool becoming Europe’s first Chinatown in the 1850s, Chinese people, who trace their heritage to regions across east and southeast Asia, have played an active part in British society for over 300 years.

The exhibition celebrates the lasting impact of Chinese communities in the UK, from wartime service and contributions to popular cuisine to achievements in literature, sport, music, fashion and film. It presents personal stories and artefacts from Chinese British communities alongside books, manuscripts and maps from the Library’s collections.

Highlights include:
•    A hand-drawn map of China by Shen Fuzong, the first recorded Chinese person to visit the UK in 1687
•    Personal memorabilia including a detailed doll’s house model of a Chinese takeaway
•    Ling Shuhua’s 1953 autobiography, Ancient Melodies, dedicated to Virginia Woolf who encouraged her writing and offered advice on drafts of her memoir
•    A fan made of bamboo slats and paper from mulberry bark in Hangzhou and pair of hand-embroidered shoes belonging to Kathy Hall, a London-based practitioner of traditional Chinese opera
•    Trench art produced by Chinese Labour Corps workers during World War I
•    Cigarette cards featuring Frank Soo, the first player of Chinese origin to play in the English Football League
•    Rosanna Lee’s 2022 film Parallel following a family during their weekly ritual of going out for dim sum filmed at the Pearl Dragon restaurant in Southend-on-Sea

Dr Lucienne Loh, Reader in English Literature at the University of Liverpool and co-curator of Chinese and British, said: "Chinese and British at the British Library is an incredible opportunity to celebrate the diverse contributions to British society by under-represented communities through personal stories of survival and success."

Public libraries will also be hosting the Chinese and British exhibition across the UK, from Aberdeen and Exeter to Bournemouth and Belfast, through a series of displays simultaneously opening in over 30 towns and cities via the Living Knowledge Network. A programme of regional events will also showcase the rich history of Chinese British communities across the UK.

Chinese and British has been curated by Dr Lucienne Loh at the University of Liverpool and Dr Alex Tickell at the Open University in collaboration with the British Library.