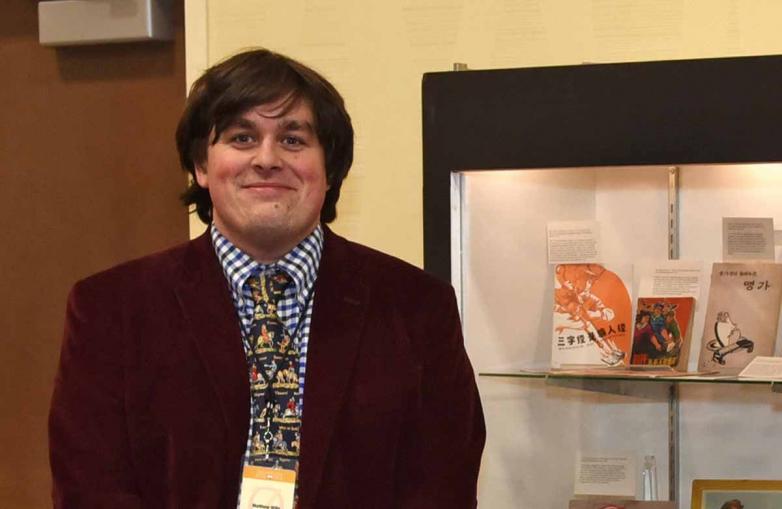 There’s a pervasive notion that young people, screen in hand, do not enjoy books the way older generations do, and yet collegiate book collecting contests remain popular.

In 2010, the Antiquarian Booksellers’ Association of America (ABAA) took over the National Collegiate Book Collecting Contest, which had been founded by Fine Books & Collections in 2005. The ABAA now runs the contest in conjunction with the Fellowship of American Bibliophilic Societies (FABS), the Grolier Club, and the Center for the Book and the Rare Books and Special Collections Division at the Library of Congress. The competition puts under one umbrella the various contests held at universities and colleges across America, with all winners of the respective contests welcome to enter the national contest.

There is perhaps no venue that better proves the power these contests can have in bringing together a community of bibliophiles than the award ceremony at the National Collegiate Book Collecting Contest, said Susan Benne, executive director of the ABAA.

“I remember one of the first years we helped run the contest, we had a winner show up to the award ceremony and he was absolutely gleeful, he was just so thrilled to speak to other collectors,” Benne recalled. “We see this at our collecting fairs, too, where younger people are showing up and they are excited about collecting.”

Both graduate and undergraduate students are eligible for the competitions that take place at over twenty-five colleges and universities across the country, the oldest of which began at Swarthmore College outside of Philadelphia in the 1930s. One newer collecting contest was founded within the past year and takes place at Georgia State University in Atlanta, and according to its founder, historian Nick Wilding, the university’s competition is designed to show students from all walks of life that they, too, can be collectors.

“We have a really diverse student body at Georgia State,” Wilding said. “A lot of students are returning from military service, maybe they’re a bit older and taking night classes, so we have a wide variety.” That meant the challenge for Wilding was to make book collecting seem attainable, and he initiated a contest wherein the student entrants draw up a bibliography not of books they own or have collected, but of books they’d like to collect.

“I really like that there are all of these collegiate collecting contests, but there’s a barrier for lower-income students,” Wilding said. “But if you challenge them to think critically about all of the books they read for school, and how those books can be a collection, they realize collecting doesn’t have to take place in a white man’s study. It can happen wherever you want.”

Collegiate collecting flourishes across the pond, too. The Anthony Davis Book Collecting Prize, run by staff, including scholar/collector Anthony Davis, was founded in 2014 at University College London (UCL) and is modeled after contests of its kind in the U.S. and UK.

UCL’s contest has produced winners like Astrid Khoo, who was admitted to a PhD program at Harvard University due in part to a video UCL compiled showing her passionately speaking about her book collection. Davis said that while the contest can open academic doors like it did for Khoo, he hopes all of the competitors take away something else from the experience.

“I hope those who participate in our contest get validation for their book collecting,” he said. “I want them to get the sense that they’re not just strange people with a strange habit, and that there are a lot of people out there with similar interests.”