The sheer volume of incoming books seems overwhelming, but this philosophical Maryland bookseller takes it in stride 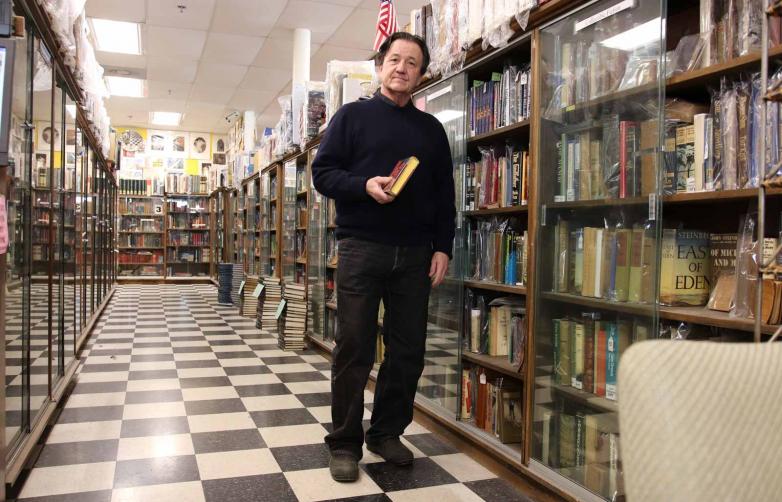 Bookseller Chuck Roberts has an anti-KonMari philosophy: buy everything and sort it all out later.

Chuck Roberts, proprietor of Wonder Book, has over six million books under his watch, of which about two and a half million are currently for sale online. Another three million are waiting to be sorted, and the remaining one million volumes are shared between the three brick-and-mortar stores that Wonder Book operates in Maryland. It’s an inventory large enough to make most booksellers’ jaws drop. And it’s the polar opposite of the small, highly curated inventory of many of the young sellers just entering the trade.

Roberts, perhaps alone in the greater book world, practices a leave-nothing-behind type of book purchasing. Wonder Book almost always purchases entire collections. But Roberts’ model, which he calls “nose-to-tail bookselling,” not only works but works so well that Wonder Book stands out as a remarkable, contrarian success story in the world of antiquarian bookselling.

“We don’t turn any books away if acquiring them is viable,” said Roberts. “It is also a challenging ‘game’ to find a use for each book, whether it be [sold] for pennies or donated or marketed for thousands of dollars. In most cases we are the only bookseller willing to buy the books we get. If we didn’t acquire them, their fate would likely be oblivion.”

Helping books to avoid oblivion is a particular passion for this bookseller.

“In the back of my mind is a kind of romantic, anthropomorphic feeling about books. What would happen to almost all the books we get if we didn’t buy them at the stores?”

To handle the sheer volume of incoming books each week, Wonder Book has set up a complex, highly tuned filtering system to sort the wheat from the chaff.

“Casting a wide net but controlling what happens with each catch so each book gets the best outcome possible,” is how Roberts summarized his mission. “We work hard to be sure nothing wonderful slips through… I think the model works very well.” 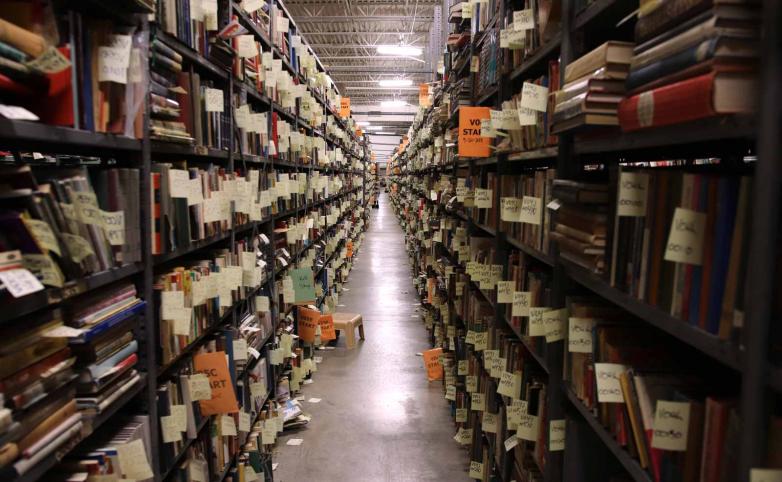 Some real gems are unearthed, working their way first through several levels of sorters. When asked what some of his favorite finds have been, Roberts replied, “That would be like asking which child is my favorite. Some are exciting because of their rarity or value. Some are just very cool. Last week a diary/journal by a Vietnam-era Catholic Army chaplain appeared. It was a slice of life. His thirteen-month tour in ’Nam was recorded from landing ’til departure, as were his postings before and after. It was very evocative—a document of the era.”

Roberts writes about many of his finds, as well as numerous, engaging stories from his four decades in the book business, on his blog. His posts are popular within the antiquarian book community—even author Michael Dirda is a fan and frequent commenter.

Reflecting on the success of Wonder Book and his many years’ experience selling books, Roberts emphasized that for him it really has always been about “the book,” adding, “I would never have been successful selling widgets, burgers and fries, hammers and nails ... I get to ‘play’ with what I love almost every day. The greatest fun, which now happens multiple times every day, is discovering something wonderful I’d never seen before. If it is some kind of biblio-treasure that would have been lost had we not captured it in our net, so much the better.”