How individual collectors have influenced a national collection 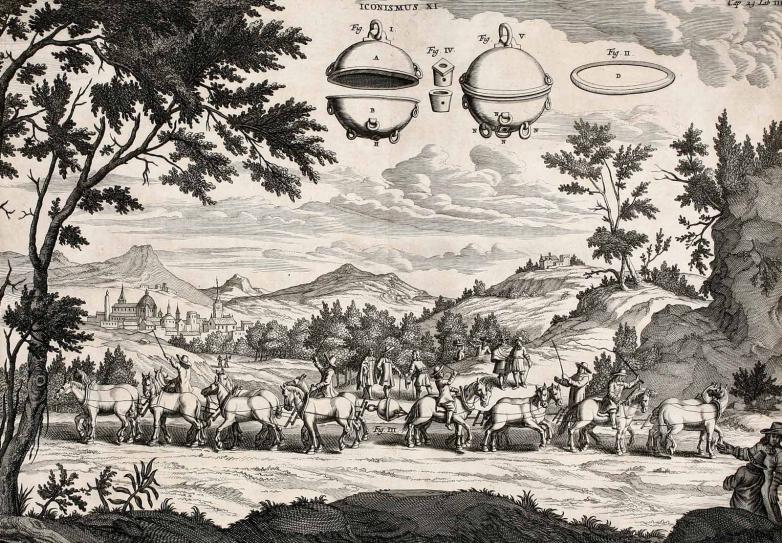 Courtesy of the Smithsonian Libraries

This copy of Experimenta nova (1672) previously belonged to scientist and collector Herbert McLean Evans, who influenced Bern Dibner in his collecting. Dibner’s library is now one of the Smithsonian Libraries’ major collections.

Books have been part of the Smithsonian Institution’s collections as long as there has been a Smithsonian—all the way back to its 1846 founding. In 1964, those bookish holdings became part of a larger whole, the Smithsonian Libraries. The Magnificent Obsessions exhibition now on view at the National Museum of American History celebrates the Libraries’ half-century mark, but it is no conventional display of treasures. A spiral-bound 1963 Joys of Jell-O—a piece of mid-twentieth-century cooking know-how that might have graced your grandmother’s kitchen—shares exhibition space with eighteenth-century works of natural history.

The vintage gelatin recipe booklet represents a cookbook collection amassed by the Culinary Historians of Washington, D.C., that’s now part of the Smithsonian’s Food History Project. It’s one of several examples of ephemera or familiar objects in the exhibit that could have been lost to history. “Quite often these are not the kinds of collections that might have ended up in a museum, or even in a library with a strong academic bent, which is what we are,” said Mary Augusta Thomas, deputy director emeritus of the Smithsonian Libraries and the exhibit’s co-curator. Thanks to collectors who followed their instincts and passions, these sometimes unlikely materials have survived to become part of the cultural record, available to researchers and the general public. 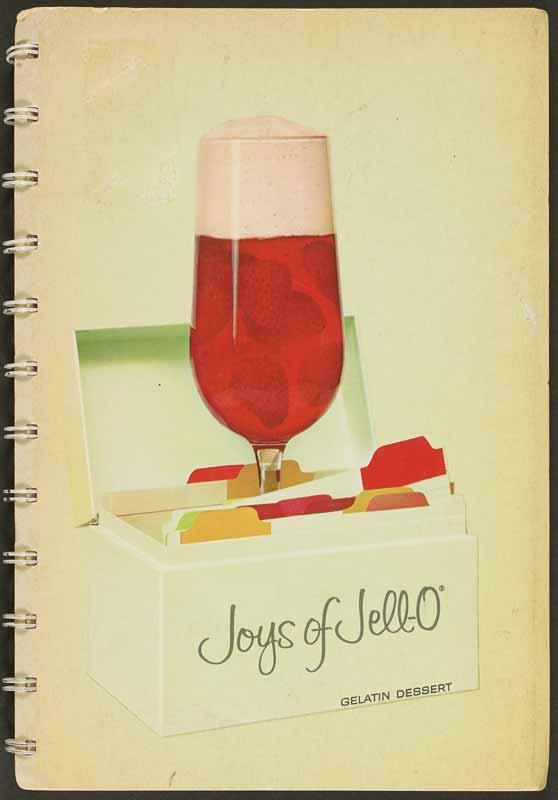 Cookbooks and other sources, like this 1963 promotional recipe booklet for Jell-O, reflect the evolution of Americans’ tastes and eating habits.

Magnificent Obsessions occupies the Smithsonian Libraries’ main gallery, a dim, low-ceilinged space on the ground floor of the American History Museum, not far from the flashy Batmobile that greets visitors in the nearby lobby. The smallness of the gallery belies the vastness of the collection, which numbers about two million volumes spread among twenty-one specialized research library branches in the sprawling Smithsonian system. That means the exhibit has a lot to draw from: some 40,000 rare books and 10,000 manuscripts, from natural history to cookbooks, design books, 400,000 pieces of trade literature, souvenir materials from World’s Fairs, pop-up books, and other printed material that somebody somewhere had the good sense to save.

By including not just objects but the stories and photos of the people who collected them, Magnificent Obsessions conveys a sense of breadth and depth in spite of the constricted space. The seventeenth-century Dutch pharmacist Albertus Seba serves as a sort of guiding spirit for the exhibit. An avid collector of plant and animal specimens, Seba commissioned hand-colored engravings that showcased, in book form, his “Cabinet of Natural Curiosities.” In the exhibit, the volume is opened to a spread of cephalopods in hues of blue and red. Lovely to look at, Seba’s Locupletissimi rerum naturalium thesauri also created a model of how to organize and classify collections, according to Thomas.

If you want to build a serious collection, it helps to have means. Sarah and Eleanor Hewitt, the granddaughters of industrialist Peter Cooper, used their fortune to pursue their love of decorative arts and design. They snapped up books of patterns and furnishings that escaped the notice of more “serious” male collectors. “These are chair designs and cabinetry, lace patterns,” said Thomas. “Now New York designers go nuts over this.” Magnificent Obsessions includes a Hewitt-owned book of Thomas Chippendale designs that are marvels of detail. The heiresses’ once-niche interests produced a national cultural asset: In 1897, the sisters founded what became the Cooper Hewitt Smithsonian Design Museum in New York City.

Bern Dibner, a Ukrainian-born electrical engineer who emigrated to the United States in 1904, did not inherit a fortune, but he made one during the electrification boom of the 1920s. He was fascinated by the work of Leonardo da Vinci, but “he wasn’t going to be able to collect Leonardo,” said Thomas. He could, however, afford to buy other seminal documents related to the history of science, many of which were still available for purchase. Over the years, Dibner acquired a world-class collection, including works by Galileo, Copernicus, and Newton, now part of the Dibner Library of the History of Science and Technology, one of the Smithsonian Libraries’ major collections. 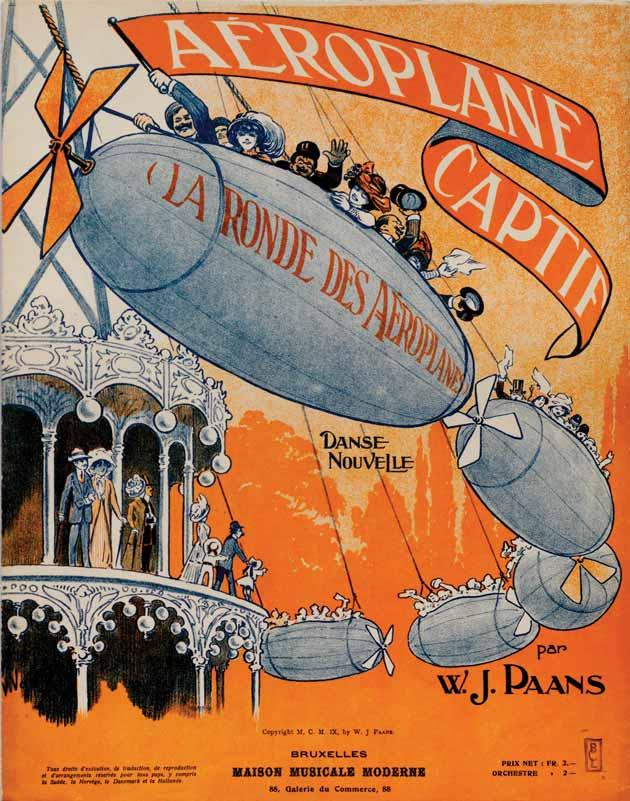 Collector Bella C. Landauer amassed a collection of sheet music with aeronautical themes, like this Aéroplane Captif from Brussels, 1909.

The exhibit lays out how Dibner, like many collectors, did not operate in a vacuum. On display is Experimenta Nova (New Experiments), a 1672 treatise by German engineer Otto von Guericke, inventor of the vacuum pump. The book once belonged to a scientist-collector named Herbert McLean Evans, a mentor of Dibner’s. Inventor Bill Lende, in turn, used Dibner’s history of science collection as a model for his own.

The exhibit also includes several Smithsonian staffers whose particular interests shaped the Smithsonian’s holdings. Mary Agnes Chase (1869–1963) was a leading botanist—in her case, an expert on grasses—whose research interests laid the groundwork for the Smithsonian’s botany collection. Active in the suffrage movement, Chase helped break gender barriers at the Smithsonian, becoming one of its first female curators.

Many in-house collectors have followed in Chase’s footsteps. Shauna Collier, now the head librarian at the National Museum of African American History and Culture (NMAAHC), used to work at the Smithsonian’s Anacostia Community Museum, located in a historically black neighborhood of Washington, D.C. While there, Collier built up a collection of children’s books that helped seed the library at the NMAAHC.

Another recent example of how individuals’ collecting pursuits can make an institutional difference: A political scientist named Paul Friesema and his wife, Jane Friesema, gave 15,000 items from his vast collection of materials on American Indian cultures to the National Museum of the American Indian. “It’s a hot issue right now—how museums and collections don’t reflect a vast number of people,” Thomas said. One collector’s passion project, though, can help fill the gap.