The Metamorphosis of Paper in the Hands of Women Artists 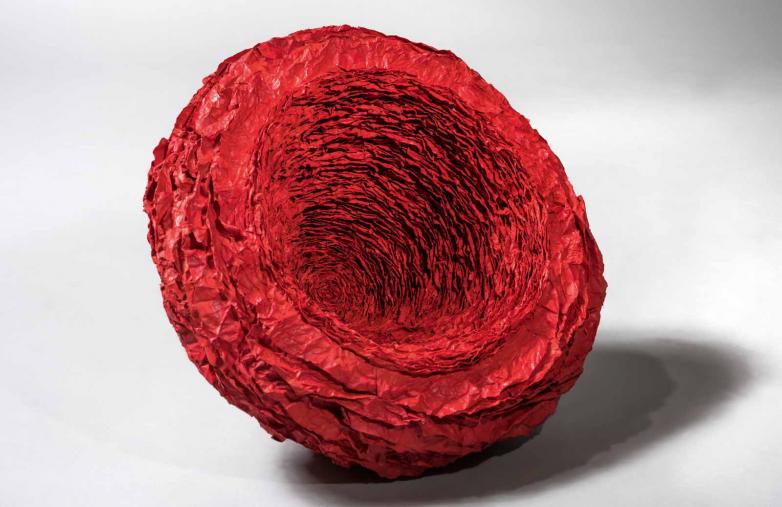 Courtesy of the artist; Photo by Gene Ogami

For millennia, artists around the world have illustrated the endless creative possibilities of humble paper. The ancient Chinese, who were the first to pound bark fibers into flexible sheets, molded paper into sculptures using the process known today as papier-mâché. Japanese artisans helped to define origami and popularize a culture of paper-folding, and craftspeople in Germany and Switzerland have long practiced the delicate art of scherenschnitte, snipping paper to shape exquisite two-dimensional scenes.

While little about paper itself, fibrous and malleable, has changed over time, its form has never ceased to inspire new processes and experimentation. On view at the National Museum of Women in the Arts (NMWA) in Washington, D.C., through January 18, 2021, Paper Routes—Women to Watch 2020 examines artists’ current fascinations with paper, highlighting works born of radical and often unpredictable metamorphosis. The results have been cut, sculpted, painted, sewn, and even singed; they challenge expectations and definitions of mediums. For cocurator Virginia Treanor, the display provides an opportunity to see new value in something familiar. “A material like paper has been more traditionally associated with craft,” she said. “But here’s an entire exhibition of works of paper, and it’s not being treated as anything other than what it is, which is art.” 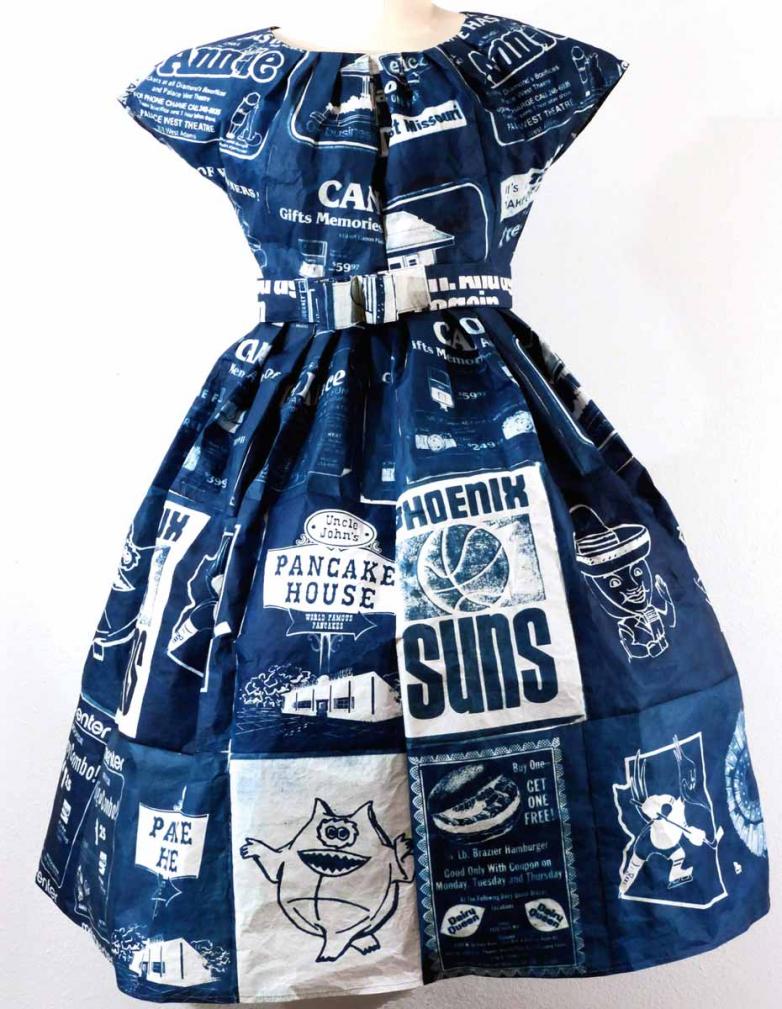 Lopez: Courtesy of the artist

This is the sixth iteration of the NMWA’s Women to Watch exhibition series, which always revolves around a material and involves a highly collaborative process to spotlight artists who deserve greater visibility. Two dozen NMWA-affiliated committees around the world work with curators to present a shortlist of local artists who fit the theme, and NMWA’s curators make the final selections. They chose this year’s twenty-two artists to showcase a variety of technique, scale, color, and paper type.

Much of the work is sculptural, exemplifying the infinitely shapeable nature of paper. On one wall, forty-seven pairs of pale feet defy gravity, each aligned towards the ground in a surreal, collective march. Kansas-based artist Hyeyoung Shin used paper to cast these ghostly appendages, following a traditional Korean technique called Jiho gibeop; they emphasize the close qualities of paper and skin. Angela Glajcar’s work similarly commands attention with its immersive presence. The German sculptor’s suspended piece consists of enormous sheets of paper she hand-tears, then meticulously layers to resemble a craggy cave. Casting light within and around it, the minimal portal recasts its surroundings.

Often, paper is so disguised by the artist’s hand that it is nearly unidentifiable. Echiko Ohira’s sculptures, which can resemble organic forms, from a monumental mushroom cap to a bird’s nest, can appear at a glance to be carved from wood, so precise and structured are their contours. But the artist works with thin paper that she stains with tea, then twists, tears, stacks, and sews into her final, fluid shapes.

The Arizona-based Annie Lopez, whose works explore personal history and memory, relies on her own highly involved process. Lopez sews dresses that appear fashioned from fabric but are in fact constructed out of parchment-like tamale wrappers. They are also photographs: specifically, cyanotypes, with each blue print capturing images and texts from paper mementos, such as old advertisements and restaurant menus. Lopez has been printing on tamale paper for a decade, ever since she chanced upon the sheets in a grocery store. “The paper spoke to me,” she said. “I’m of Mexican descent, and my family used to make tamales, so it connected to my culture—it made the work a bit more ‘me.’” 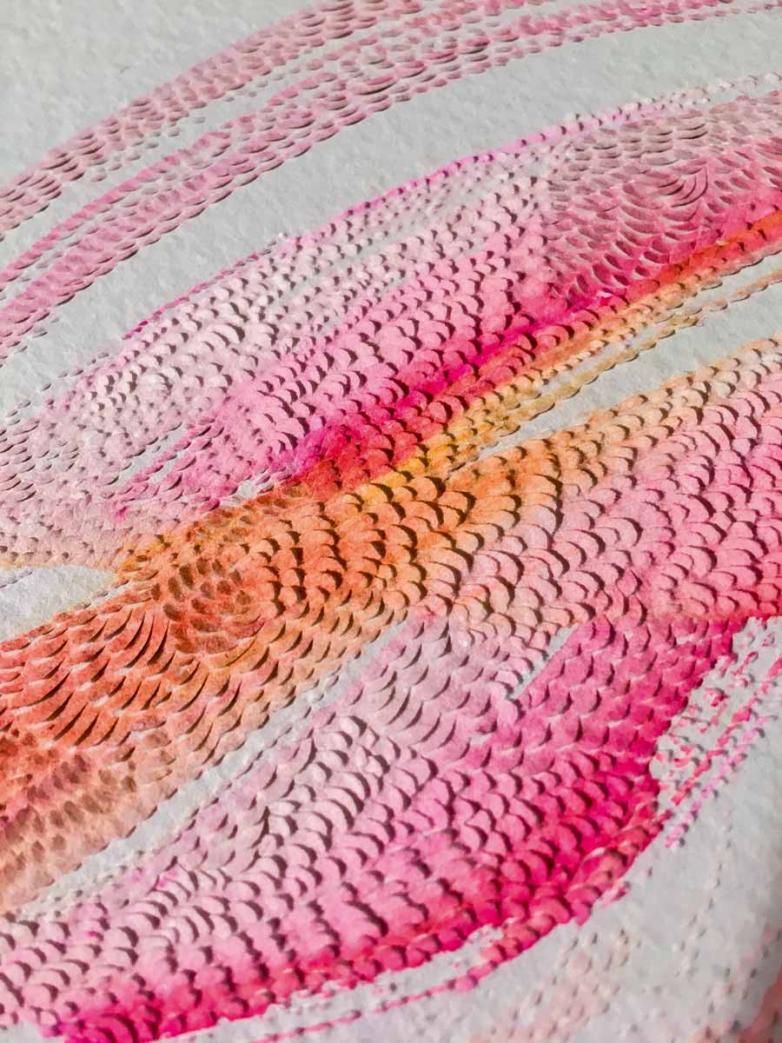 Rodríguez: Courtesy of the artist; Photo by Paco Vergachette

Three of her dresses, each carrying a distinct narrative, are among the works in Paper Routes that nod to the fundamental role of paper in storytelling. The Arkansas-based Joli Livaudais folds photographs of her family or friends into small beetles, arranging the critters so they form a lively swarm on a wall. “Each little one is like a personal memory to her,” Treanor said. On another wall hangs a more formal family portrait by Sa’dia Rehman made of five large newsprint scrolls. The artist carefully hand-cut the sheets to detail garments and hair, which form semblances of identity, but the subjects’ faces remain blank. Rehman, whose work considers the representation of Muslims in the media, also uses the final sheet as a stencil for large-scale charcoal wall drawings. Her repetition and reuse considers the circulation of images, raising questions of perception, transformation, and preservation. “I’m thinking about how the newsprint connects and holds,” Rehman said, “and as I’m smudging charcoal through the cutouts, then shreds and rips—and how that is related to history, memory, and storytelling.”

With all this paper on view, it is difficult not to think of the environmental effects of the material’s production. One artist with sustainability at the core of her practice is Julia Goodman, who makes her own paper using old clothing and bedsheets. The San Francisco–based artist pulps the discarded material into rag paper that she then presses into hand-carved molds to create abstract wall pieces. Their compelling textures and colors obscure their worn raw material. “The beauty and simplicity of her resulting forms belie the labor that has gone into making them,” Treanor said.

Filled with works that transform paper into an almost unrecognizable material, Paper Routes is an exercise in observation. It can be easy to gloss over the unique surfaces of Shin’s phantasmic procession, miss Lopez’s unconventional paper choice, or overlook the tiny ripples that make up Lucha Rodríguez’s gestural wall pieces. The Georgia-based artist’s soothing abstractions resemble paintings from afar, but they emerge from knife-cut micro patterns, each mark a delicate but deliberate act. They remind us that greater reward lies in getting close.