Magic in the Margins 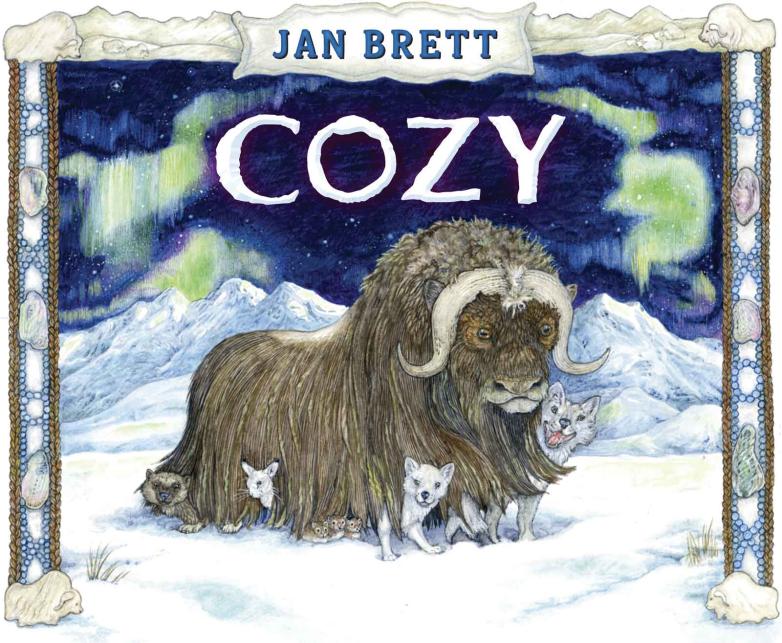 Before growing up to become an award-winning picture book illustrator, Jan Brett could tell when a story struck the right chord. “I had strong opinions about my books, even as a six-year-old,” she recently recalled. “I rejected books I did not like. I had this internal barometer that made me say, ‘this is a good book.’ The illustrations had to be right. They couldn’t talk down to me.”

When she wasn’t reading, Brett, along with her sister Jeannie, created magical worlds with paper and crayons, honing her talent for details that would become characteristic of her work. “I knew I wanted to create books,” she said. And after forty years as a published author/illustrator, with more than forty million books in print, her drive to delight young readers endures. Now through March 2022, the Norman Rockwell Museum (NRM) in Stockbridge, Massachusetts, is celebrating that passion in an exhibition titled Jan Brett: Stories Near and Far.

Brett’s illustration style incorporates pen, ink, and watercolor, all intricately executed, with many pages featuring highly stylized frames—unexpected, graphic sidebars that expand upon the larger narrative. This attention to detail and ‘extra-illustration’ in the margins has become a hallmark of her work, evident in one of her best known picture books, The Mitten (1989), as well as in her latest, Jan Brett’s The Nutcracker (2021). 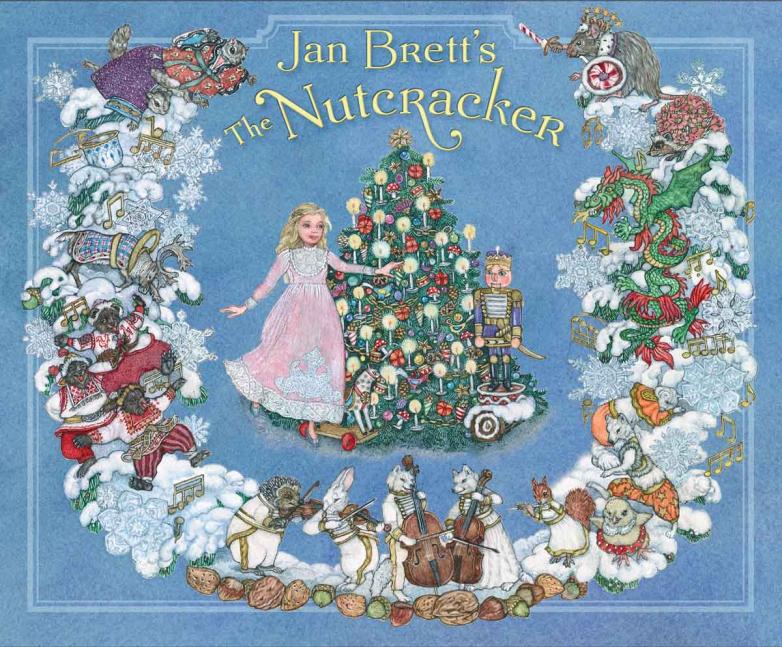 This year, Brett applies her artistry to The Nutcracker, which Publishers Weekly praised as “A Christmas confection laced with an Old World sensibility.”

Brett’s family nourished her literary indulgences. “My grandmother always gave us a beautiful book for Christmas—sometimes Marla and I went to the bookstore to figure out which might be a ‘Baba’ book. One year, she gave us Arabian Nights, with the title spelled in gold letters and adorned with cabochon jewels. It was written in this fanciful type with swooping letters, and the ‘A’ had legs.” As for the cover art: “There was a man—a prince—wearing a jeweled turban and fancy saddlecloth riding an Arabian horse. But there was a small rip in his horse livery,” suggesting to the observer that this rider had been through some scrapes. “I loved that you could tell a story with these clues. I thought it was magical.”

Many of her books are set in far-flung locations—Norwegian woods, Japanese gardens, Russian farmlands—and travel has long been a prerequisite to examine the places that form the backbone of her work. Her last research trip was to Alaska for her 2020 book, Cozy, whose protagonist is a muskox. Brett reveled in the details of this snowbound creature: “Muskox are like Arctic goats, but from the Pleistocene. The muskox went mostly extinct—a few survived in Greenland and were reintroduced in Alaska in the 1950s. Their fur hangs like a giant skirt, and underneath they have these fat little white legs.” In Cozy, animals find refuge from winter’s chill under the muskox’s fur, and everyone must try to get along, which seemed fitting in 2020 when many of us were homebound. 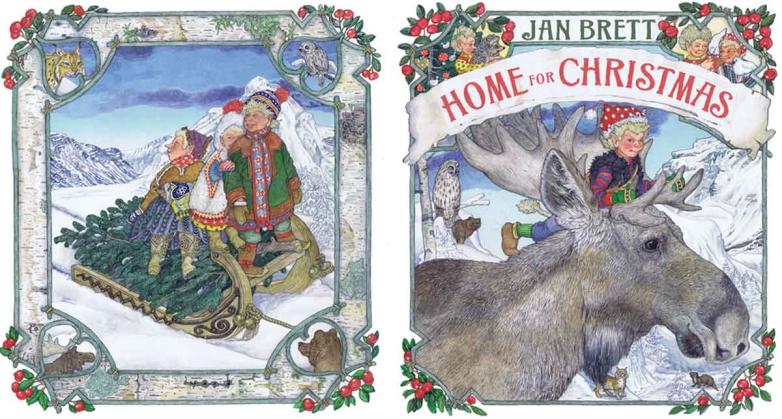 Collection of the artist © Jan Brett

The exhibition at the NRM is being hailed as the most comprehensive of Brett’s work and will include items from her travels that have never been shared publicly before. Museum director Laurie Norton Moffatt said there’s a clear connection between Brett’s work and that of the museum’s namesake: “Like Norman Rockwell, Jan’s work inspires happiness and joy in people of all ages. She takes us on adventures through villages in faraway locales, creating intimate and enchanting scenes to engage every reader and viewer and has inspired millions of children and parents around the globe.”