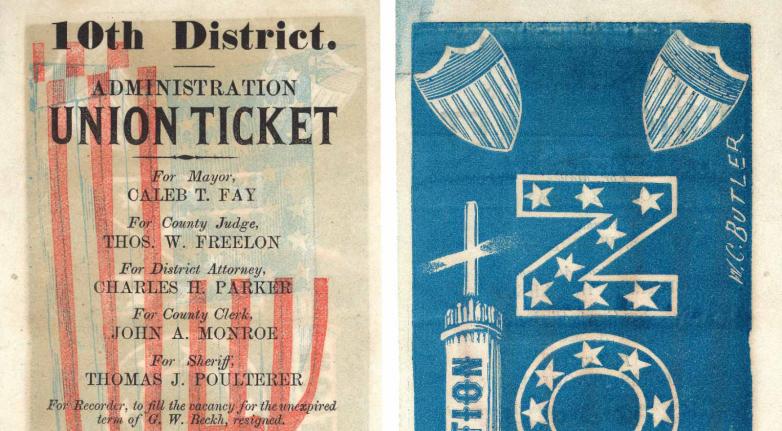 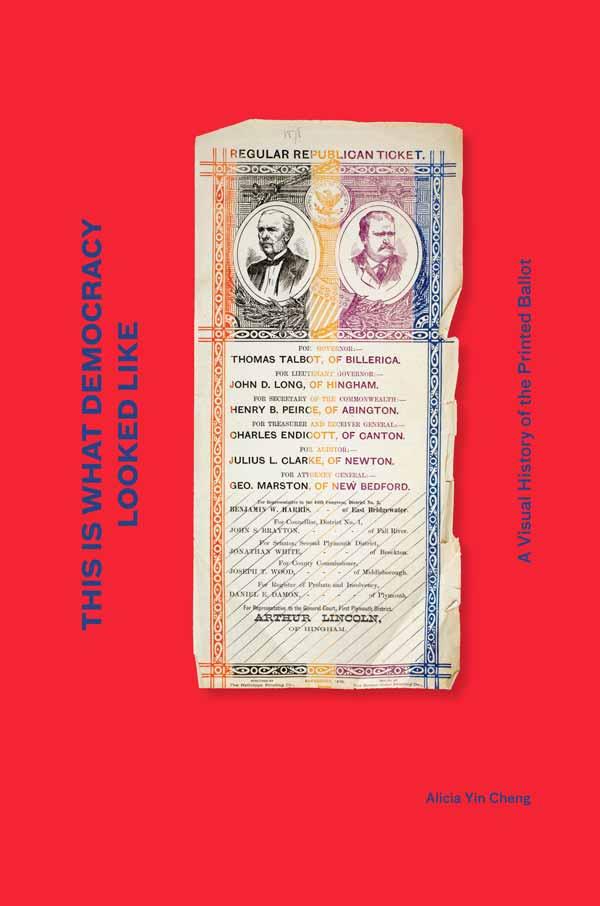 In 2008, when Alicia Yin Cheng stumbled across an article in the New Yorker chronicling the strange, fraught history of American elections, she had no idea that just twelve years later she would be publishing a book on the visual history of the printed ballot. But the article, “Rock, Paper, Scissors: How we used to vote,” by Jill Lepore, mentioned something that changed the way Cheng thought about the history of the electoral process and stuck with her for over a decade: Ballots were colorful.

This one simple fact grew into an in-depth research project culminating in the publication of This is What Democracy Looked Like this past June. In the book, Cheng explores the way the visual design of printed ballots narrates the nation’s political history.

“I am a graphic designer, not a trained historian,” Cheng said. “Although I had civics lessons in eighth grade, I never thought about ballots as artifacts or anything beyond boring lists and tickmarks, before I read that article. But as a visual thinker and someone interested in historical visual artifacts, that word ‘colorful’ piqued my interest.”

Though she conducted some initial research in 2008, it wasn’t until the contentious 2016 presidential election that she began the project in earnest.

“Many people were reeling after the election in 2016, and this project was a way for me to find some solace in history,” Cheng said. “I was asking myself ‘Did our republic survive something like this before?’”

As she conducted her research online and in libraries, Cheng was often surprised at the accessibility of the ballots. Because ballots are ephemeral, these historical documents shouldn’t exist in private collections or libraries at all—yet they do, because poll watchers might have written a note to themselves on one or happened to stick one in their pockets.

Additionally, ballots have varied widely in color, shape, size, and layout, presenting more diversity than one might imagine official documents to have. One of the biggest surprises, she said, was finding a box of “pasters,” which are individual slips of paper with names printed on them. They were meant to be pasted onto ballots to add names after the form was printed.

The images in Cheng’s book illustrate the striking disparities in how ballots were presented and how they evolved. They also give insight into darker periods of the nation’s history, such as voter suppression tactics or coercion before Americans voted by secret ballot.

“Many of these stories are things we know actually happened, but the specifics of how they happened have been lost over time,” she said. “Ballots—though they are benign today—were once an outlandish way for parties to distinguish themselves by making the voter a walking billboard. Since voting wasn’t a private act until the late 1890s, your ballot was cast for all to see.”

While awaiting the publication of her book, Cheng knew it would be released when America would be in the midst of a pivotal election, but she had no idea how timely the research and the book’s message would be during a pandemic that is calling into question the very nature of how Americans will vote.

“Understanding the importance of printed ballots is more important now than ever,” Cheng said. “As we look at how the nation will handle voting from home, printing ballots, and operating the postal system that will deliver them, I hope this book will help people realize no matter if a ballot is a slip of paper, QR code, or some other format, you can’t take it for granted.”