At the Center of Power

Some families have become so influential in American politics and culture they are almost synonymous with the country itself—the Rockefellers, the Roosevelts, the Kennedys, to name a few. Though a bit lesser known, the Dodges of New York made up one of the pre-eminent American families in the 19th and 20th centuries. Generous philanthropists, friends of politicians and titans of industry, members of the Dodge family also served as advisors to iconic leaders. Over the last two centuries, the family amassed a collection of autographs springing primarily from their own correspondence with some of the greatest figures of their times. Their collection will be featured in Bonhams’ Natural History, Travel, and Americana sale on October 23. 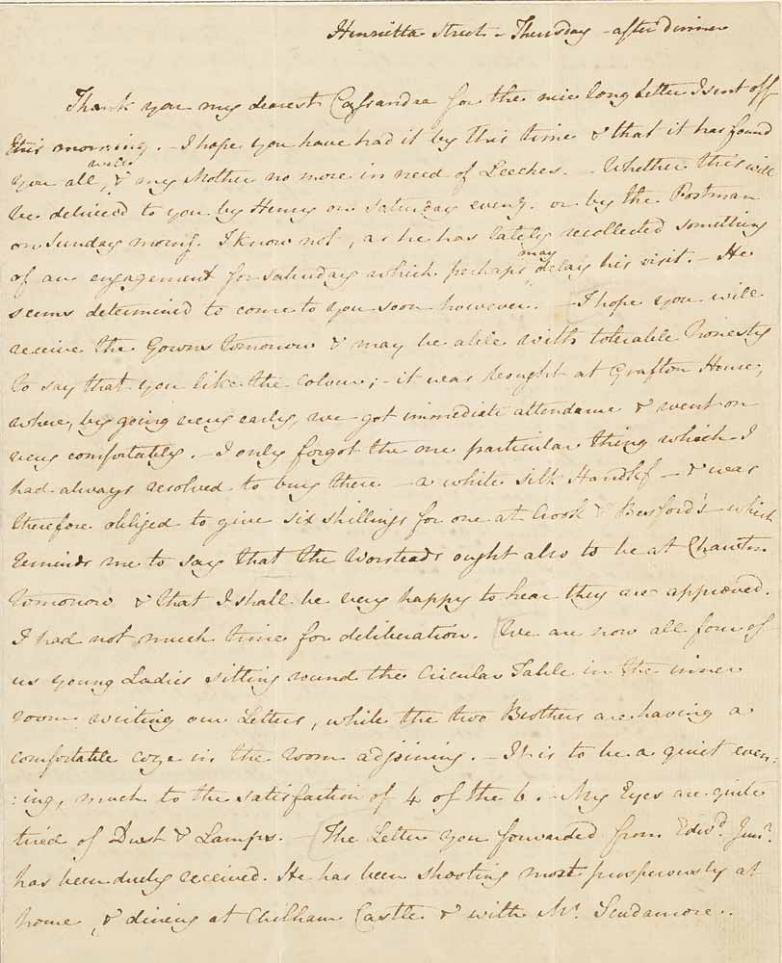 Highlighting the family archives will be a collection of five letters from Albert Einstein to Cleveland E. Dodge (1888-1982) written in 1946–1947. The letters contain important firsthand accounts of the earliest meetings of the Emergency Committee of Atomic Scientists and are estimated at $30,000-$50,000.

“They were written with an eye toward raising money,” books and manuscripts specialist Darren Sutherland said. “But reading them, you can really feel Einstein’s profound urgency in that moment in 1946.”

Elizabeth Dodge (1884-1976), daughter of Cleveland H. Dodge (1860-1926), also collected a number of iconic letters to augment their private collection. One of the most notable items is a four-page letter written in 1813 by Jane Austen to her sister, Cassandra. This letter, estimated at $80,000-120,000, describes the details of daily life in the English countryside in such a way that the descriptions could have been part of one of her novels.

"We are now all four of us young Ladies sitting round the Circular Table in the inner room writing our Letters, while the two Brothers are having a comfortable coze in the room adjoining," Austen wrote in the letter. 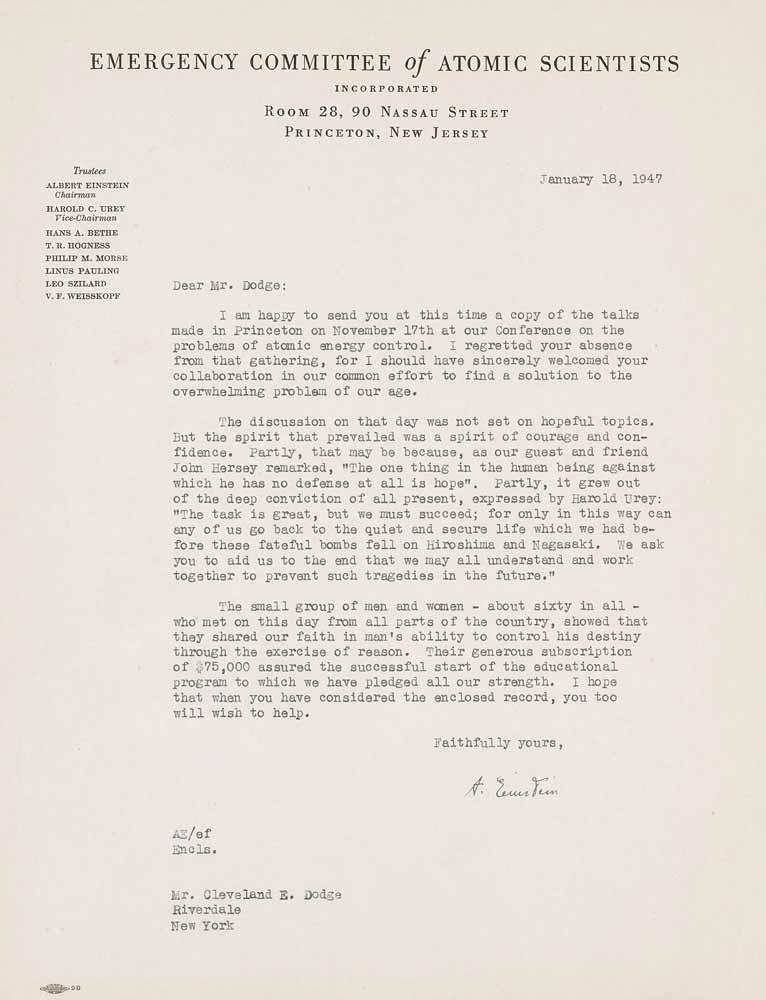 A 1947 letter from Albert Einstein to Cleveland E. Dodge about the Emergency Committee of Atomic Scientists, estimated at $30,000-$50,000.

Another key item is a 1764 letter from John Adams, which he wrote while in the hospital in Boston recovering from a smallpox inoculation. The letter, estimated at $30,000–50,000, discusses his recovery and praises the science of inoculation.

A significant portion of the collection is made up of presidential correspondence, both collected and added from the family’s own correspondence with the nation’s leaders.

“The family was at the center of power during this period, and the collection contains correspondence ranging from Washington to Nixon,” Sutherland said. “The Dodge family served as advisors, both formal and informal, to numerous presidents. Cleveland Dodge and his siblings were also playmates with the young Theodore Roosevelt, so there is a trove of Roosevelt letters, before, during, and after his presidency. There are also important collections of other Americana, including Booker T. Washington, Mark Twain, Andrew Carnegie, and John D. Rockefeller.”

The sale also includes many items outside of the Dodge collection, including a very rare three-page letter by Jesse James dated from 1875 and estimated at $200,000–300,000. It is one of only three James letters known to exist in private hands, outside of his family. Highlights of the travel books in this sale include a collection of books on Greece and the Ottoman Empire including works by Louis Dupré, de Bruyn, Friedel, Dodwell, and others.

"This is a wonderful sale covering the early years of travel and exploration, including a fine collection of plate books,” Sutherland said. “And culminating in a fresh, and important private collection of American letters and documents."