Back of Beyond Books

A signed first edition of Rachel Carson’s Silent Spring, first published in 1962 and widely recognized as the book that jumpstarted the modern environmental movement.

April 22, 2020, marks the fiftieth anniversary of the first Earth Day. The activism that led to that historic 1970 celebration of conservation was grounded in a rich literary heritage. Susan Fenimore Cooper, Henry David Thoreau, George Perkins Marsh, John Burroughs, and John Muir, among others, sowed the seeds of environmentalism before it was even called that. In the twentieth century BC—Before (Rachel) Carson—there was Marjory Stoneman Douglas, Mary Austin, and Aldo Leopold. Many of these authors are collectible today, but where to begin building a collection of eco-heroes?

“Walden!” said Andy Nettell of Back of Beyond Books in Moab, Utah. “Of course, first editions of Thoreau are pretty pricey, but the book is perpetually in print, and later printings are more readily accessible.”

Nettell, a former National Park Service ranger, specializes in books about regional and natural history. Another former NPS ranger, Edward Abbey, inspired the original owners of Back of Beyond Books. Nettell has carried that legacy forward. Abbey’s Desert Solitaire (1968) and The Monkey Wrench Gang (1975), pillars of the mid-twentieth-century environmental movement, are definitely on Nettell’s checklist of foundational books in the field.

So are the names already mentioned above. Nettell checked these off readily, then hit on some “dark horse” favorites. One is the first edition of Henry Beston’s The Outermost House (1928). He describes the book as “a meditative classic almost impossible to find in dust-jacketed copies.” For a specialist in the West, this is a notable nod to a book set on the edge of Cape Cod. Also set a long way from the canyonlands, Barry Lopez’s Arctic Dreams makes the list. First published in 1986, the book already reads like a report from another world because of the disruptions since caused by climate change.

The most important ecological book of the past half century is arguably Rachel Carson’s Silent Spring. First published in 1962, the book was recently given the Library of America treatment. Nettell noted that first editions of this hugely influential book are hot. “Editions inscribed by her are rare, and rarer still are topical inscriptions about the book itself.” 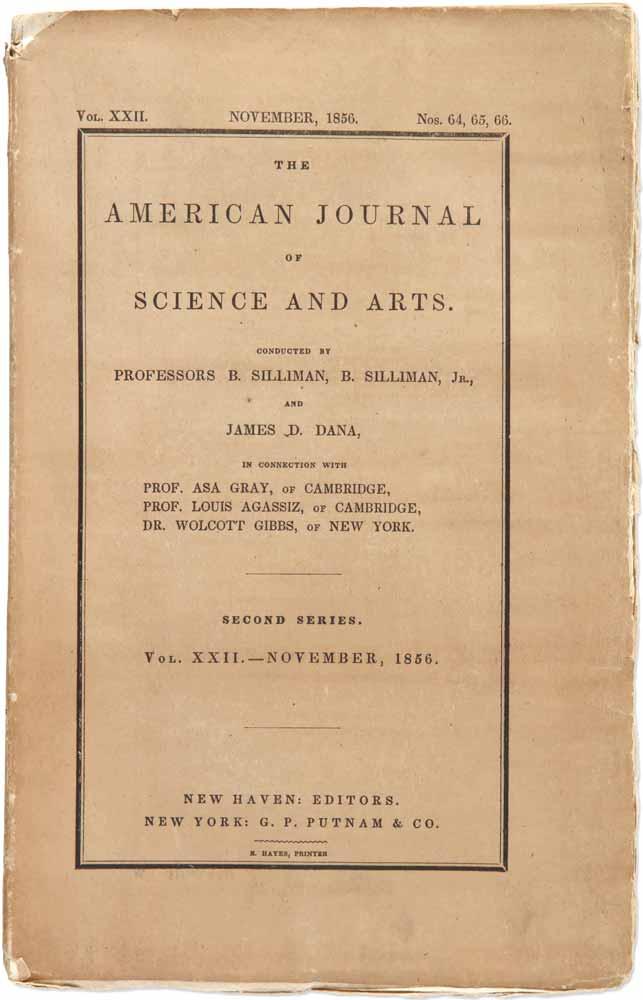 Beyond Carson, there are many other books and ephemera that would support an environmental movement collection, such as this 1856 journal article by Eunice Newton Foote that announced her discovery of greenhouse gases and their relationship to global climate change. It sold last December at Sotheby’s for $4,750.

Silent Spring was serialized by the New Yorker starting with the June 16, 1962 issue. It came out in hardback from Houghton Mifflin that September. The Book of the Month Club made it that October’s selection. This publishing trifecta, the evocative title, and the alarming story it told about the effects of pesticides made it enormously influential.

Carson was a retiring figure who generated an extreme, and extremely sexist, backlash from the chemical industry and its friends in the Department of Agriculture. She was quite sick when her book was published, and she would die of cancer two years later. Today, association copies are the gold standard for Carson collectors.

“But don’t restrict yourself to books,” advised Nettell, who stressed that collectors of limited means can start small. “Especially in the environmental movement, especially in the 1970s and 1980s, there’s tremendous ephemera from environmental activists. Earth First!, for instance, had a song book. These things can be challenging to find, but they’re never very expensive.”

Likewise, popular magazine articles and specialized publications from big-name naturalists can fill out an ‘eco-friendly’ collection. For instance, Carson’s “Of Man and the Stream of Time” was first delivered as a speech at Scripps College, and it was originally published in the Scripps College Bulletin in June 1962. “Tracking such ephemera down can really be a lot of fun,” said Nettell.