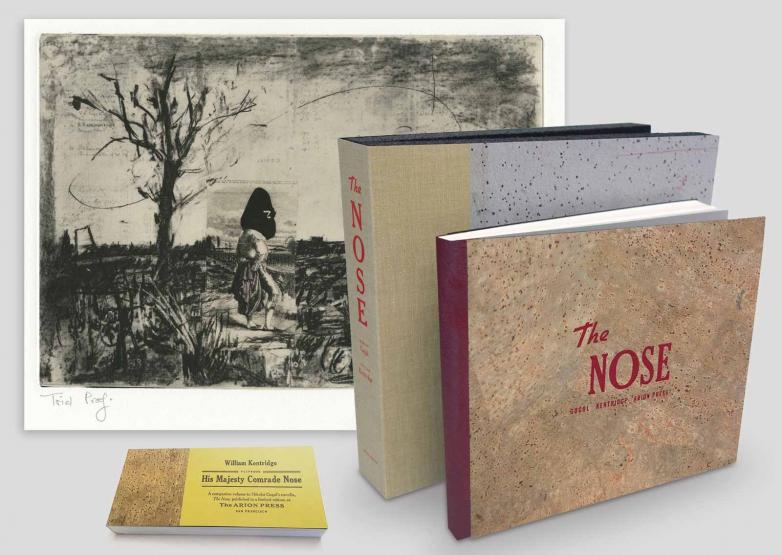 When Andrew Hoyem, founder of San Francisco’s Arion Press, retired in 2018, some traditionalists might have worried about the future of the august institution. As a complete letterpress bookmaking facility that does everything from typecasting to printing to binding, Arion is the last of its kind in the United States. Whose vision might guide the singular press, honoring its past while adapting it for an uncertain future?

Arion’s history, after all, is legendary in the book world. Founded in 1974, Arion was birthed from the ashes of another great San Francisco institution, the Grabhorn Press, established by Edwin and Robert Grabhorn in 1919. When Grabhorn Press closed in 1965, its extensive collection of type and machinery found new life under a partnership between Robert Grabhorn and Andrew Hoyem, who’d previously published the work of Beat poets at the Auerhahn Press. Part of Arion’s mission was to print and bind a series of limited-edition books, many illustrated by prominent artists and some accompanied by original prints. 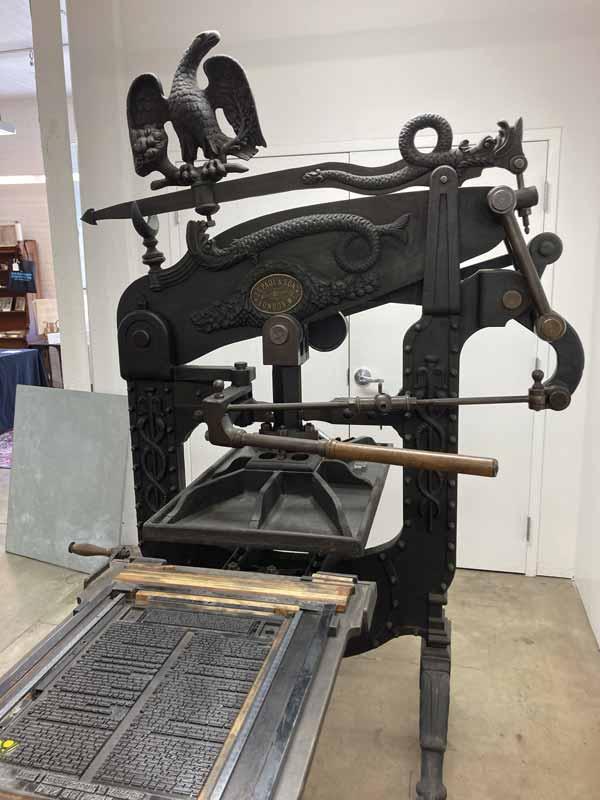 In 1989, Hoyem acquired the Mackenzie & Harris foundry and its historic typeface collection (the largest outside the Smithsonian), folding the operation into Arion’s workshop under the name M & H Type. Then in 2000, an umbrella nonprofit organization called the Grabhorn Institute was established to help maintain and fund Arion’s bookmaking facilities, educational programming, and apprenticeship program. After losing the lease to its original location during the dot-com boom, this mini empire devoted to traditional bookmaking moved to its current location in the Presidio in 2001.

Three years ago, when Hoyem retired, the Arion board hired former Counterpoint publisher Rolph Blythe as director, a move perhaps toward more commercial interests. In late 2020, Susie Bright was named editor-at-large, which also signaled interesting things afoot; Bright is the author of several books, including the memoir, Big Sex, Little Death, and creator of the Audible podcast In Bed with Susie Bright.

Under their leadership, revitalization has already begun. Historically, most Arion books featured a classic or public-domain text paired with new work by a major artist. “Over the past year we have worked to move the press forward,” Blythe said. “One example of this is our upcoming project with Margaret Atwood, who wrote a new piece specifically for Arion.” Atwood’s short story, a riff on Tennyson’s Le Morte d’Arthur, will be illustrated by the visual artist and novelist Audrey Niffenegger. Other forthcoming books include an edition of musical icon Patti Smith’s 1992 memoir, Woolgathering, with artwork by composer/sound artist Christian Marclay, and a new version of Nikolai Gogol’s 1836 novella, The Nose, with drawings by animation artist William Kentridge.

Unlike digital or offset printing, every book Arion creates has its pages cast, set, printed, and bound by hand—all in one single facility. Arion’s foundry has updated its antique “hot type” machinery with a digital interface, allowing pages to be transmitted from a computer directly to the nineteenth-century Monotype caster. This process still casts individual letters, but unlike the traditional system that relies on a punched paper tape for its input, text can be edited in advance rather than having to recast to fix mistakes.

“Everybody’s experience working with these books is so tactile; it’s a very intimate process,” Blythe said. However, Arion’s editions are also different from most letterpress books, as each project represents a unique collaboration between fine artist and author or text, with print runs typically ranging from 250 to 400 copies. 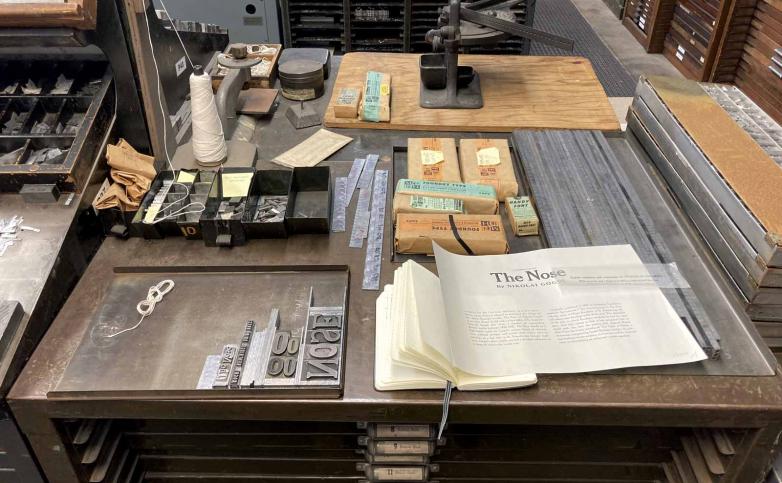 Inside Arion Press’s traditional bookmaking facility in San Francisco, hand-printing and typesetting are integral to the quality of the books they make.

“Because we have the foundry, pressroom, and bindery under one roof, we have creative control from beginning to end,” Blythe said. “When it’s running smoothly, it allows us to have a level of collaboration that would be nearly impossible to achieve if you were casting in one place and printing in another and binding elsewhere.” Today, all employees also have editorial input, helping to diversify the projects, writers, and artists Arion engages.

“We try to outdo ourselves each time in terms of how unique it can be,” Blythe said. For the 2019 edition of Mary Wollstonecraft Shelley’s Frankenstein; or, The Modern Prometheus, artist Tim Hawkinson created a series of line drawings using a hypodermic needle. The deluxe 2020 edition of John Steinbeck and Edward F. Ricketts’ Sea of Cortez features wood engravings by Richard Wagener and includes wood salvaged from the actual boat Steinbeck and Rickett chartered.

Each project is a limited edition, with tiered offerings from limited to deluxe including various add-ons as the price increases. Arion subscribers commit to purchasing a copy of every new edition and receive a 30 percent discount on most titles, plus the chance to purchase deluxe editions before the wider public. “It’s really interesting to see what draws people to this, because it is a bit of a rarified reading experience,” Blythe said. “It has a different kind of value, and there are people who really appreciate that.”

Hunter Oatman-Stanford is a freelance journalist based in San Francisco. His work has been featured in publications like Collectors Weekly, Fast Company, The Week, and Ms. Magazine.