Writing in Times of Conflict 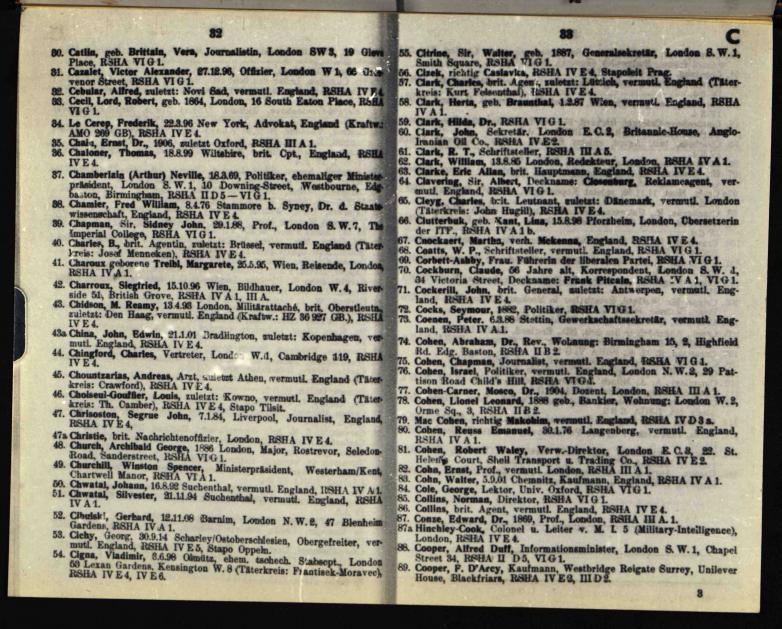 Courtesy of the Senate House Library

Among items on display is the Nazi Black Book (Sonderfahndungsliste G.B.), first produced by the Gestapo in 1940.

The new exhibition Writing in Times of Conflict at the Senate House Library, University of London, in Bloomsbury, looks at how writers have worked towards peace in their work over the last 100 years. Using examples from the library’s own collection, the works are divided into four sections: Writing for Peace, Writing in Wartime, Writing from Exile, and Writing in Protest.

Among items on display is the Nazi Black Book (Sonderfahndungsliste G.B.), first produced by the Gestapo secret police in 1940, which contains a special wanted list in alphabetical order of nearly 3,000 British politicians, writers, peace activists, émigrés, intelligence agents, scientists, and artists who were to be arrested immediately after an invasion. Many important Jews in living in Britain are also listed. Around 20,000 handbooks were published but nearly all were destroyed in bombing – the one on show is a photostatic copy given to the Library in 1945 by the Ministry of Information.

Also displayed is a rare signed first edition of Ernest Hemingway’s first collection of short stories, In Our Time, published by Three Mountains Press in 1924 and one of a small print run of only 170. There is also a letter from Virginia Woolf to her friend Gladys Easdale describing how the WWII bombers had recently been flying overhead in early September 1940 during the Battle of Britain.

The exhibition runs until December 14.