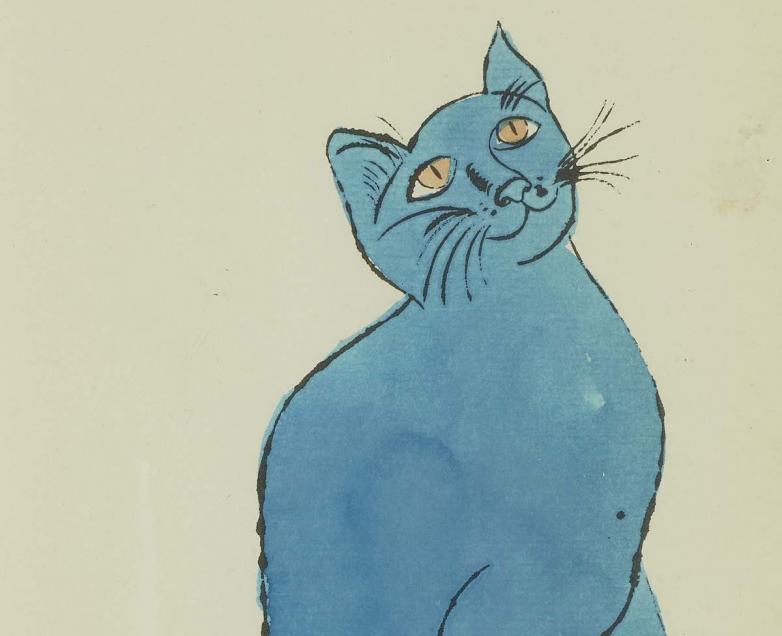 New York — One of Andy Warhol’s most important early artist books 25 Cats Name[d] Sam and One Blue Pussy printed in New York in 1954 by Seymour Berlin, sold for US$106,562 at Bonhams Fine Books and Manuscripts online sale in New York which ended today (Tuesday, March 30).  It was one of several books in the sale illustrated and self-published by Warhol and had been estimated at US$60,000-80,000. In total the collection of Warhol books and memorabilia made US$277,537. 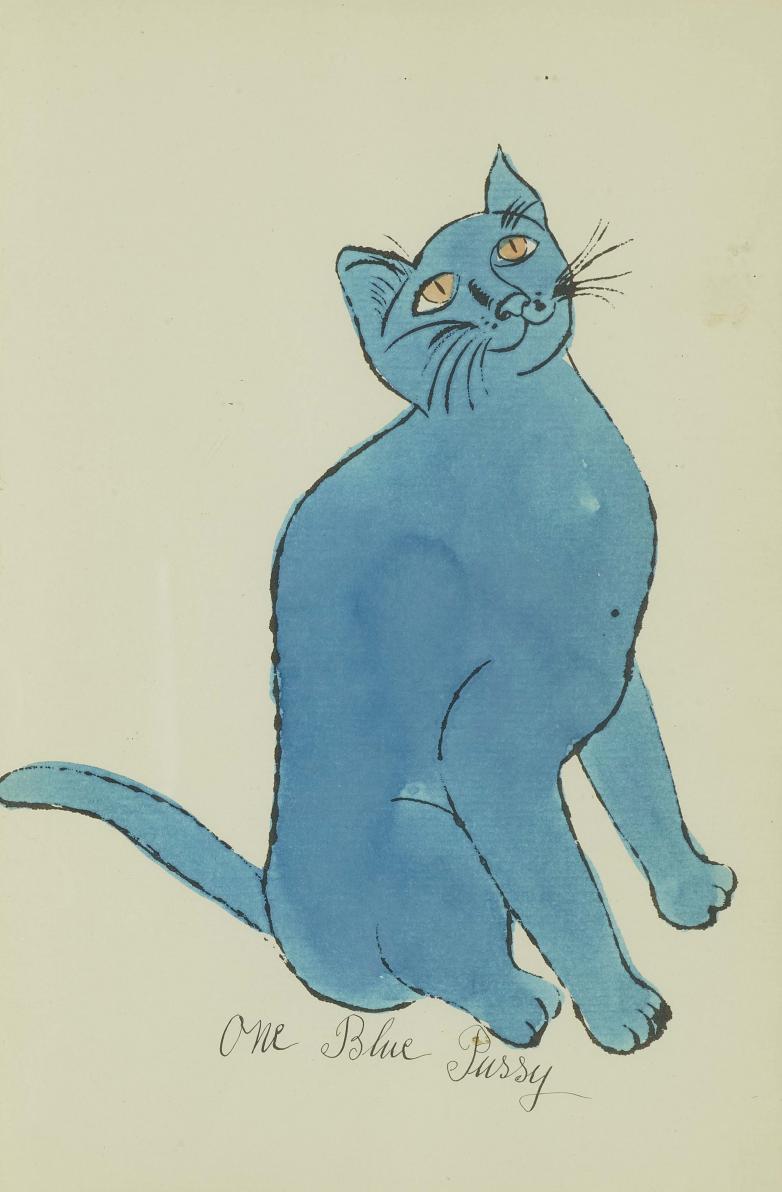 This copy of 25 Cats Name[d] Sam and One Blue Pussy was number 110 of 190 copies (though it is thought only 150 copies were printed), signed by Warhol on colophon. It comes with a signed letter from Warhol (Andy Warhol Enterprises) inquiring as to how the purchaser, a department store in Salt Lake City, learned of the book's publication... presumably because Warhol's books from this period were typically given as personal gifts by Warhol.

Bonhams Books and Manuscripts specialist in New York, Darren Sutherland, said: “This was a fantastic collection of Andy Warhol’s self-published books from the early 1950s. Primarily given as presents or promotional gifts, they are fascinating for the light they shine on Warhol’s later work. They were originally done in small editions, with many copies damaged or lost over time, so I am not surprised these beautiful copies generated so much interest.”

Other highlights of the Warhol collection included:

A copy of the 1959 subversive anti-fine cuisine Wild Raspberries signed by Warhol for the fashion guru D. D Ryan. Wild Raspberries was written by Suzie Frankfurt and produced with the help of Warhol's mother Julia, who provided the calligraphy – deliberately including misspellings to add to the air of subversion. The books were colored by hand by two schoolboys who were neighbors of Frankfurt, though they managed to complete only 34 of them. The copy in the sale is nearly completely colored. It sold for US$47,812. Estimate US$30,000—50,000.

Love is a Pink Cake by Andy Warhol and Ralph Thomas Ward (“Corkie”). [New York: Self-published, 1953]. A rare, signed copy, featuring two manuscript additions of Warhol’s first book which was privately printed in an edition of approximately 100 copies. Sold for US$15,300. Estimate: US$8,000-12,000.

A is an Alphabet by Andy Warhol and Ralph Thomas Ward (“Corkie”). New York: Self-published, 1957. Warhol's early self-produced alphabet, signed numerous times, including as "Andrew Morningstar," a name he tried out on handful of works during the period. Sold for US$16,562. Estimate US$8,000-12,000.