Virginia Woolf Statue in the Works 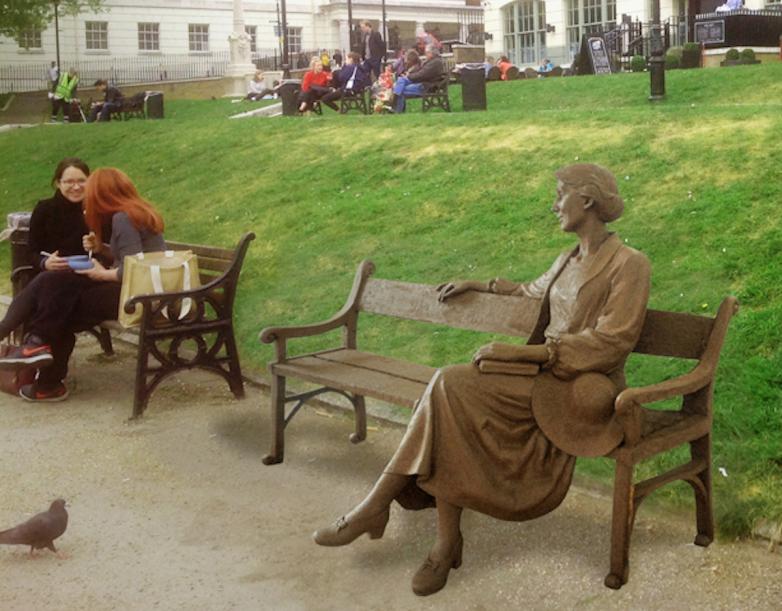 Courtesy of the Aurora Campaign

The planned statue of Virginia Woolf, pictured here in clay and placed in its future location.

After a decade-long campaign by the Mary on the Green group, last month saw the unveiling of sculptor Maggi Hambling’s memorial statue to Mary Wollstonecraft in London. It has not been without its controversial elements, but one undeniably positive aspect of the story is that it is a step forward in the balancing of male to female statues in the UK.

Currently, 90 percent of statues in London are of men, and in the country in general if you take out statues of female royals, the figure is more like 97 percent. Or as campaigner Caroline Criado Perez puts it, if you are a woman “your best chance of becoming a statue is to be a mythical or allegorical figure, a famous virgin, royal or nude.”

Aiming to tilt the balance a little further in the right direction is the Aurora Metro Arts and Media charity which works towards diversity and equality in the arts. Among its current projects is to raise funds to erect a full-size statue in bronze of Virginia Woolf sitting on the riverside in Richmond-on-Thames, London, where she lived with her husband Leonard from 1914 to 1924. Needless to say, there is currently no statue of Woolf in the UK. Aurora is nearly halfway to the target of £50,000 and planning permission has already been obtained.

The statue – on which sculptor Laury Dizengremel has already started work – will show Woolf sitting on a bench, aged in her 20s and in a smiley, thoughtful mood. Once completed, members of the public will be able to sit next to her and have a chat. Interestingly, since the Wollstonecraft statue hullabaloo, the Woolf statue fund has seen a marked increase in public contributions.

An online gala evening to help raise funds for the work will be held on December 12 featuring a range of writers and performers. Tickets can be bought here, or you can donate directly here.