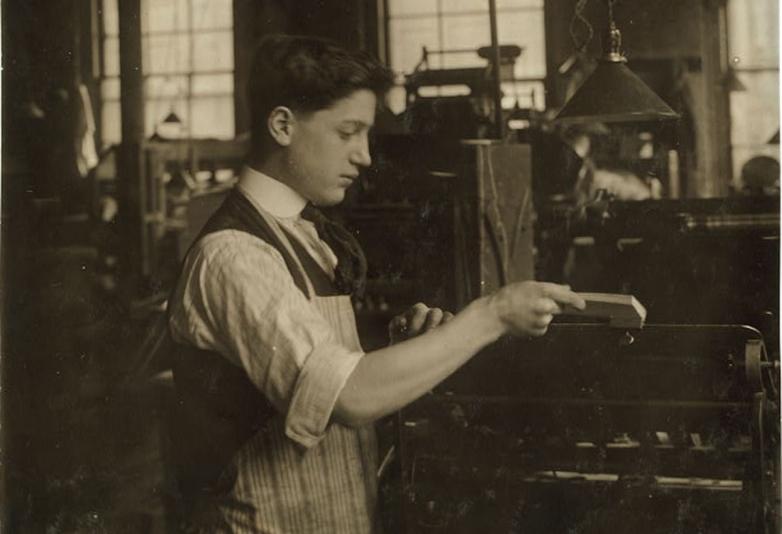 If you’ve seen our new summer issue, you might recognize the photograph on the cover as the work of photographer Lewis Hine (1874–1940). Power House Mechanic, ca. 1920-1921, “demonstrates the photographer’s shift, in 1919, from a gritty documentary style to what he called ‘interpretive photography’—an approach intended to raise the stature of industrial workers, who were increasingly diminished by the massive machinery they operated,” according to the Brooklyn Museum. 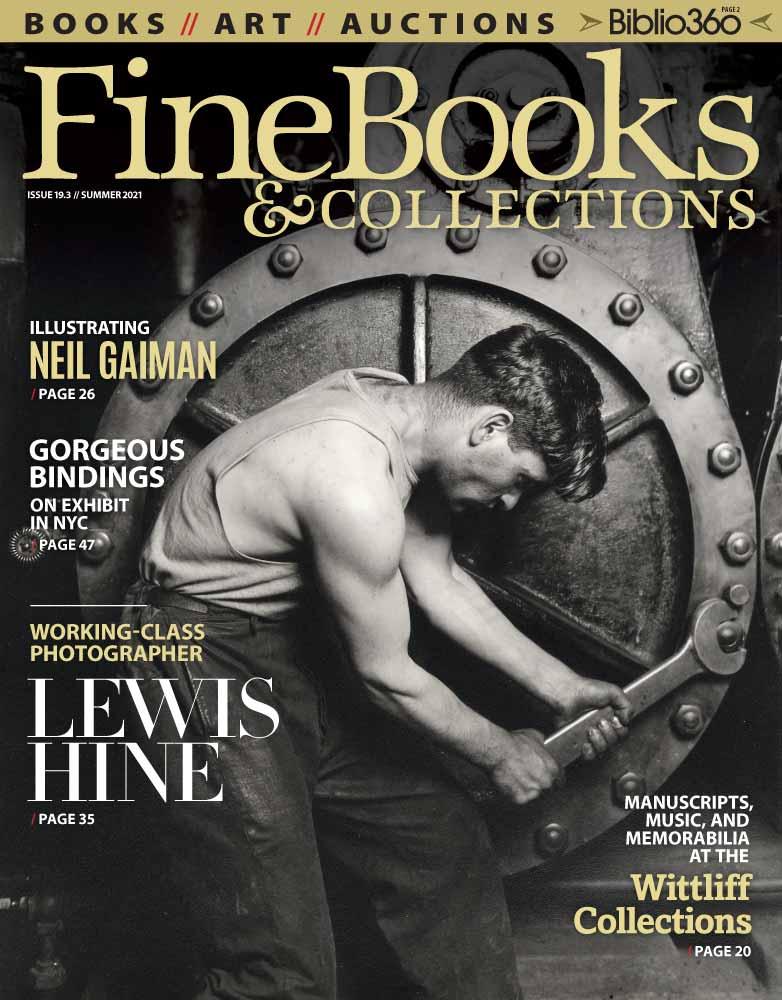 The summer 2021 issue of Fine Books, on newsstands now.

The boy pictured above, however, is indicative of the earlier work Hine did—that “gritty documentary style”— particularly that which was focused on child labor. Our photography columnist Allison Meier takes a closer look at this part of Hine’s creative output, which is the subject of an exhibition at the Dorsky Museum of Art at SUNY New Paltz on view through July 11. Beginning in 1908, Hine spent sixteen years on the road, taking pictures of children working in sardine canneries, cotton fields, and textile factories. That work, in conjunction with the National Child Labor Committee, was pivotal in changing both public opinion and legislation, and Lewis Hine, Child Labor Investigator honors his fervent commitment to social change.

The photographs on view at the Dorsky were recently donated by Howard Greenberg, who is currently hosting a separate Hine exhibition in his New York City gallery through July 2. Here the focus is on Hine’s later work, seventy images from the WPA National Research Project Photographs, 1936-37. Funded by the Works Progress Administration, Hine visited the nation’s factories to capture the forces of modernization and new industrial technologies born of the Depression and leading into World War II. The exhibition, according to Greenberg, was inspired by the research of photographic historian Judith Mara Gutman, author of Lewis Hine: When Innovation Was King (Steidl/Howard Greenberg Library, 2018), who writes, “Hine produced a cross-section of American working life….[and] imbued his photographs with a singular importance that elevated them beyond the generally accepted role of photographs as illustration to text.”