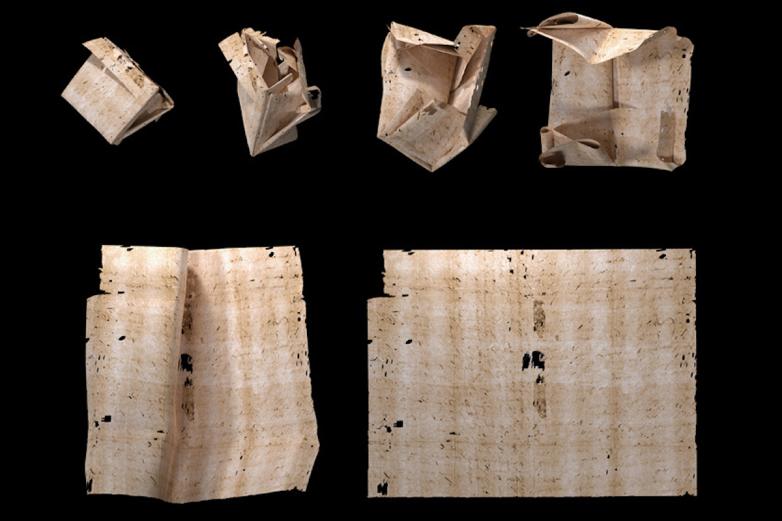 Using computational tools, a research team at MIT was able to virtually unfold an unopened letter from 1697.

Using various folds, cuts, stitches, and seals, sixteenth-century royals and spies, among others, attempted to keep their secrets safe via ‘letterlocking.’ Last March, Massachusetts Institute of Technology (MIT) made headlines when an international team of scholars, including MIT Libraries and Computer Science and Artificial Intelligence Laboratory researchers, was able to read the contents of some ‘locked’ letters without breaking seals or inflicting any damage on the documents.

Letterlocking was “an early form of communication security,” writes William J. Broad in the New York Times, which recently reported on the MIT team’s discoveries and the related publication of a scholarly paper, “The Spiral-Locked Letters of Elizabeth I and Mary, Queen of Scots,” in the Electronic British Library Journal.

And now, letterlocking is all the rage (again). Want to try your hand at it? Take a look at this seven-minute video showing a letter “modeled after a spiral-locked letter by Queen Consort of France, Catherine de’ Medici, features a sword-shaped lock sliced out of the left margin,” produced by MIT Video Production.