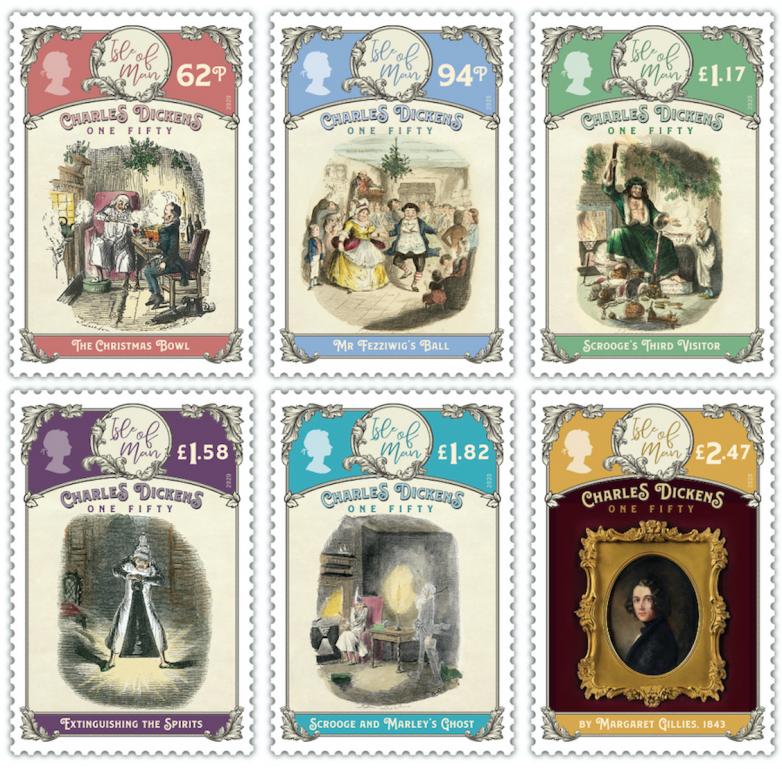 To commemorate the 150th anniversary of the death of Charles Dickens this year, the Isle of Man Post Office in association with the Charles Dickens Museum in London has produced a set of six stamps featuring five of John Leech’s illustrations for A Christmas Carol. The highest value stamp is decorated with the ‘lost portrait’ of Charles Dickens made when he was 31, lost for more than a century and bought by the museum last year for £180,000. 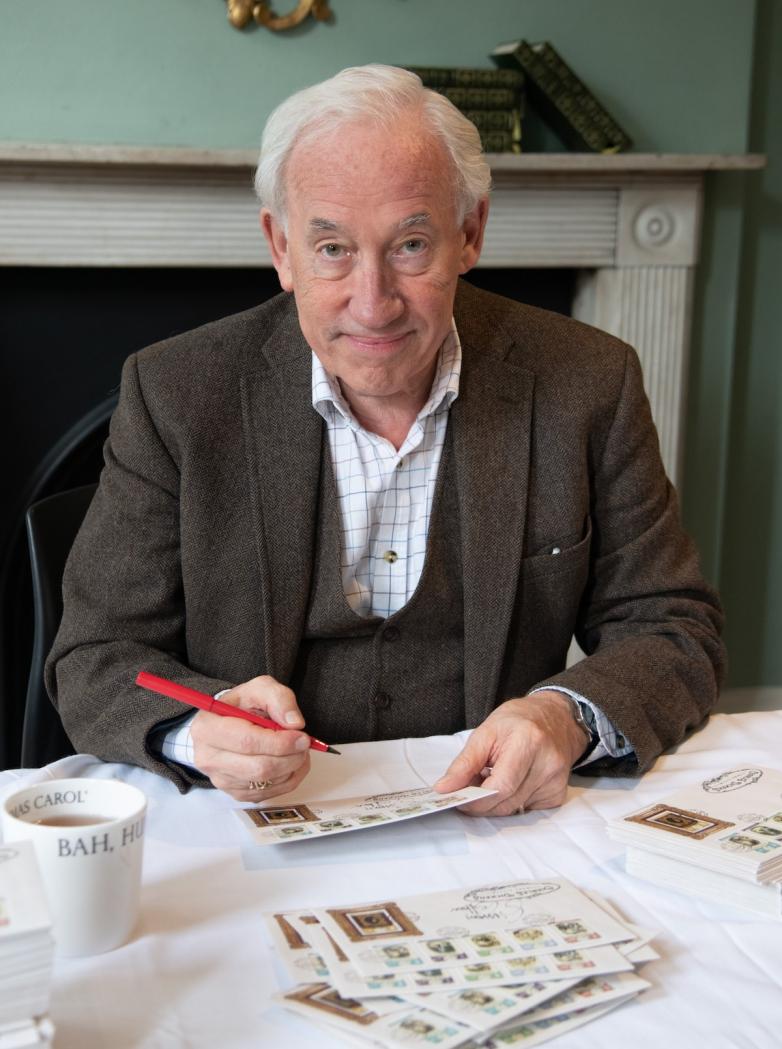 Design work was undertaken by illustrator and greeting card designer Geoffrey Sanderson who has also written a short pamphlet outlining the history of the book and the Dickens painting to go with the collection.

“This has been a wonderful collaboration to mark the 150th anniversary and to highlight the museum and its extraordinary collection,” said Cindy Sughrue, director of the Charles Dickens Museum. “Considering that Margaret Gillies' portrait of Dickens was lost for over 130 years, it’s quite something to see it presented so beautifully on a stamp. We’re absolutely delighted with this commemorative set and its celebration of the timeless qualities of A Christmas Carol."