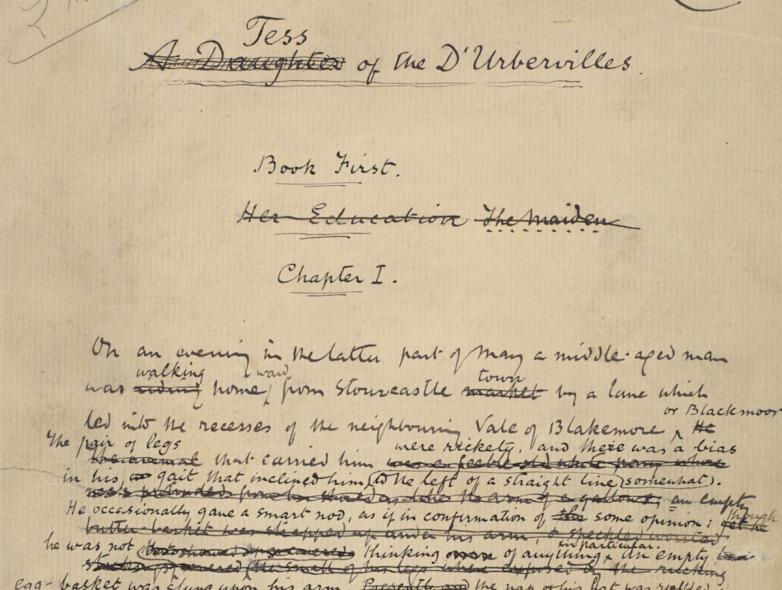 The manuscript of Hardy’s novel, Tess of the D’Urbervilles, has been loaned to the Wiltshire Museum in Devizes, England, for a multi-venue exhibition.

The largest exhibition of Thomas Hardy objects ever displayed at one time has opened in the region he made famous through his fiction. Hardy’s Wessex: The landscapes that inspired a writer is being held across four museums in Dorset and Wiltshire and tells the story of how the region’s landscapes shaped the work of novelist and poet (and sometime architect) Thomas Hardy.

The exhibition has the support of Lord Julian Fellowes, president of the Thomas Hardy Society (and creator of Downton Abbey), who said, “These personal items, many of which have remained unseen in museum stores for years, will help people come to know Hardy as a man, not just as a writer, a man who loved Wessex and so beautifully captured its landscapes and people in his writing.” 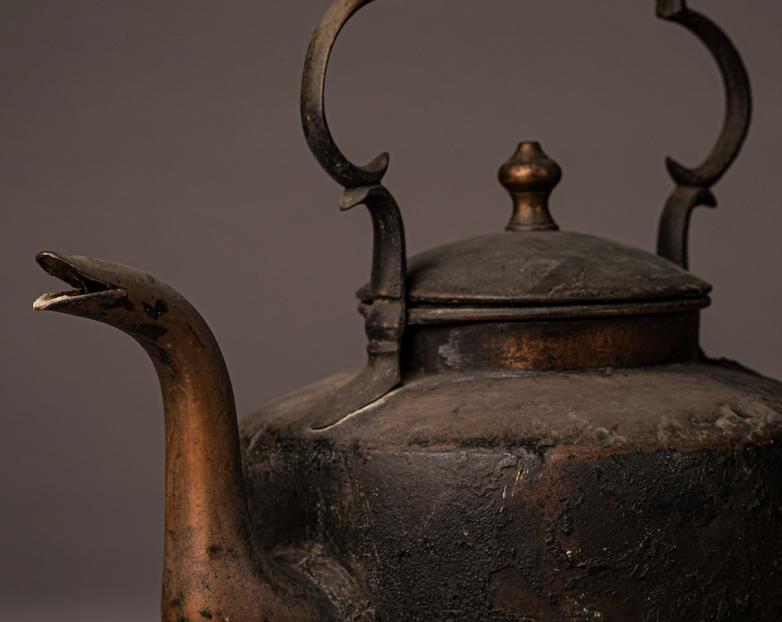 Hardy's grandmother's kettle is on view at the Salisbury Museum.

Each venue—Dorset Museum (Dorchester), Poole Museum, The Salisbury Museum, and Wiltshire Museum (Devizes)—focuses on a different Hardy theme. While the majority of objects are from Dorset Museum’s Thomas Hardy Memorial collection, each museum involved has a ‘star’ object loaned from national collections, including original manuscripts and paintings. These include:

·      Tess of the D’Urbervilles manuscript at Wiltshire Museum in Devizes, on loan from the British Library
·      The manuscript of Jude the Obscure, on show at the Salisbury Museum, and on loan from the Fitzwilliam Museum, Cambridge
·      The oil painting A Village Choir by Thomas Webster, a portrait of rural life, featuring the kind of locals that appear in Hardy’s work, on exhibit at Dorset Museum, on loan from the Victoria and Albert Museum in London

“We hope the exhibition will encourage visitors to see Hardy in a different light,” said Harriet Still, curator of the exhibition for Wessex Museums. “For example, how he used his writing to campaign for rural workers’ rights, women’s equality and animal welfare, or his conflicting interests in superstition and science.”