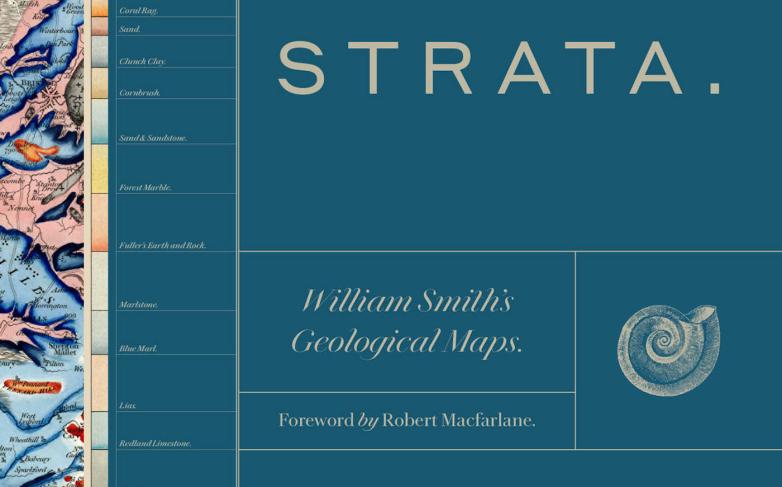 Courtesy of University of Chicago Press

Strata: William Smith’s Geological Maps, edited by the Oxford University Museum of Natural History and published by the University of Chicago Press.

The Alice Award is the brainchild of Joan K. Davidson, president emeritus of the J. M. Kaplan Fund, which sponsors a program called Furthermore grants in publishing. (We interviewed Davidson in 2015 about her vision for the program.) Each year, a jury of publishing and art world professionals bestows the $25,000 prize on “a book that represents excellence in all aspects of the work; idea, text, illustration, design and quality of production.” At last night’s event, Davidson reiterated her dedication to this program and to illustrated books. “The book remains essential to us and to the civilized world, and we are happy that Alice is able to help in its modest way,” she said. If you missed the ceremony, watch it here:

Each of this year’s three runners-up, E. McKnight Kauffer: The Artist in Advertising (Cooper Hewitt); The Art of Winold Reiss: An Immigrant Modernist (New-York Historical Society); and Printing the Revolution! The Rise and Impact of Chicano Graphics, 1965 to Now (Smithsonian American Art Museum), received $5,000.

In total, Furthermore has contributed $295,000 to institutions in support of illustrated publications.