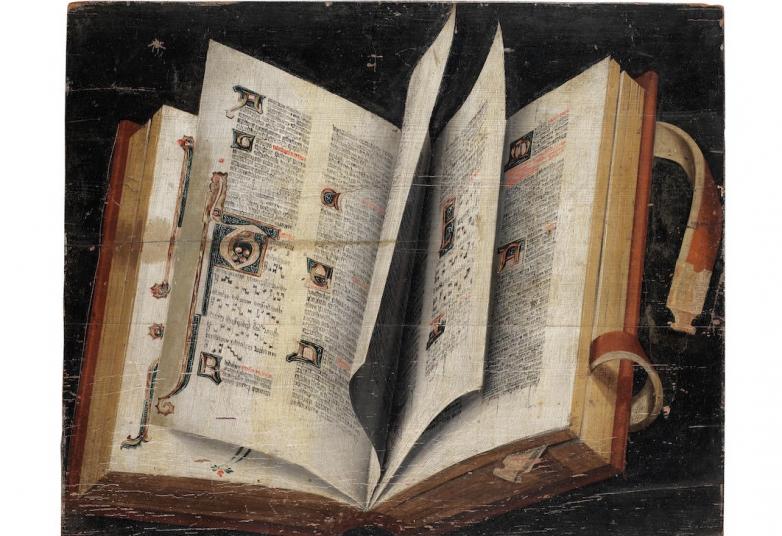 Hat tip to Aaron T. Pratt, Pforzheimer Curator of early books & manuscripts at the Ransom Center, who brought this incredible but easily overlooked painting to our attention. Known only as “Still life of an illuminated manuscript,” the sixteenth-century oil on panel sold for £81,312 ($105,658) at Bonhams’ sale of Old Masters in London yesterday.

According to the auction house, “The present work is related to a group of trompe l'oeil still life paintings of bound illuminated books that are believed to have been painted in south Germany or Austria in the mid-sixteenth century; other known versions are similar in size to the present work and all are painted on pine. They have in common the inclusion of eleven illuminated initials and two passages of music notation but the details and colouring vary slightly between them.”

This one came from a private US collection. While, as bibliophiles, we may read into it a veneration of books and manuscripts, Bonhams suggests the true purpose of depicting open books in art at the time was to encourage religious contemplation.