Signed Scripts, First Editions, and Letters in Gone With The Wind Sale 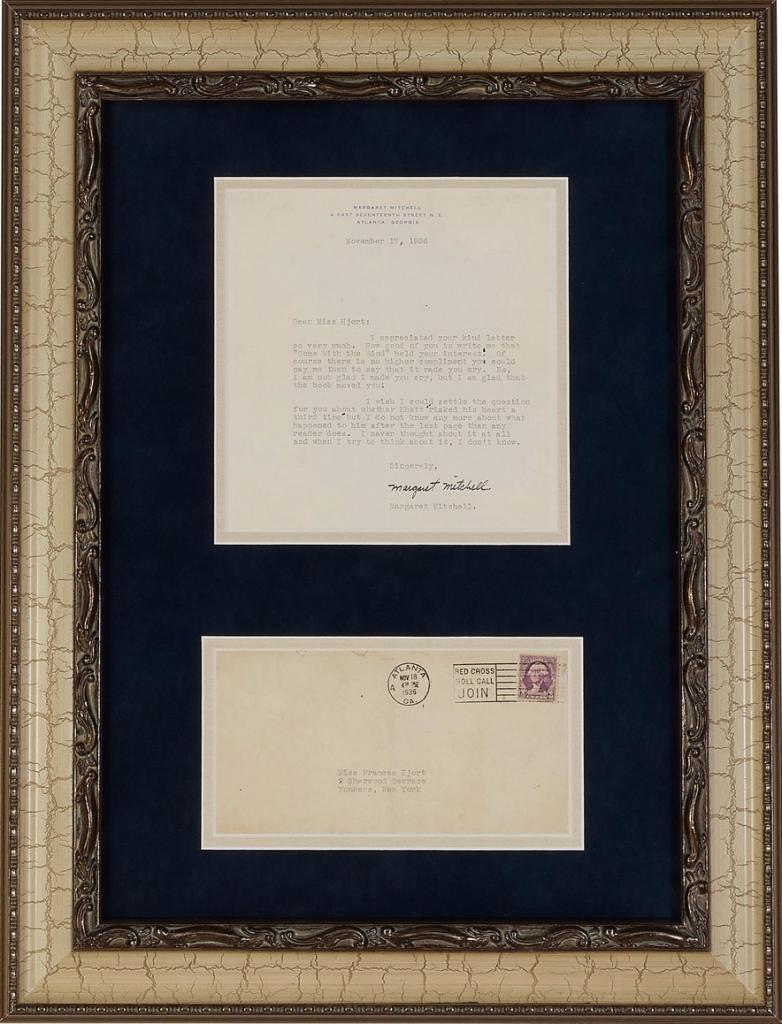 Los Angeles – From the 1936 novel by American writer Margaret Mitchell to the Hollywood film adaptation from 1939 – Bonhams will present iconic costumes, signed scripts, first editions, letters, and more from Gone with the Wind in its Classic Hollywood: Film and Television sale on December 7. The collection of Gone with the Wind amounts to over 150 lots, majority of which comes from Dr. Christopher Sullivan, after loaning it to The Gone with the Wind Museum at Brumby Hall in Marietta, Georgia for 19 years.

In the lead role as Scarlett O'Hara, Vivien Leigh became a break-out star, winning the Academy Award for Best Actress, and is remembered for a talented depiction of a complex character. Also leaving a lasting impact were the hundreds of lavish costumes designed by Walter Plunkett for the film, the colors, textures, accessories, patterns, accents, and details of which are a feast for the eye and a marvel of construction. Offered at an estimate of $100,000 – 150,000 is the only version of the gown worn by Leigh in the Honeymoon scene, where she returned to her and Rhett's New Orleans hotel after a decadent shopping trip. Another Walter Plunkett item in the sale was worn by both Vivien Leigh and Olivia de Havilland. Offered at an estimate of $20,000 – 30,000, the black mourning bonnet is worn by de Havilland, as Melanie, on her trip to examine the war casualty list, praying that Ashley's name will not be on it, and later it is worn by Leigh, as Scarlet, in the scenes where she is escaping Atlanta, which is faithful to Margaret Mithcell's book when Scarlett, in her hurry, accidentally grab's Melanie's bonnet.

The anticipation of the film's release in 1939 brought over 300,000 people to the streets of Atlanta for the premier and is loved by fans for its signature scenes and dramatic storyline. With high-production set-design and innovative use of technicolor, it won an Academy Award for best picture and still stands today as the highest grossing film of all time after adjusting for inflation. Today, Gone with the Wind is understood with new framework that recognizes its unrealistic depiction of slavery and denounces the racist stereotypes that are portrayed. The film and novel continue to be an enduring work of popular culture that have spurred important discussions on navigating the harmful practices of the past.

Other items offered in the sale include: