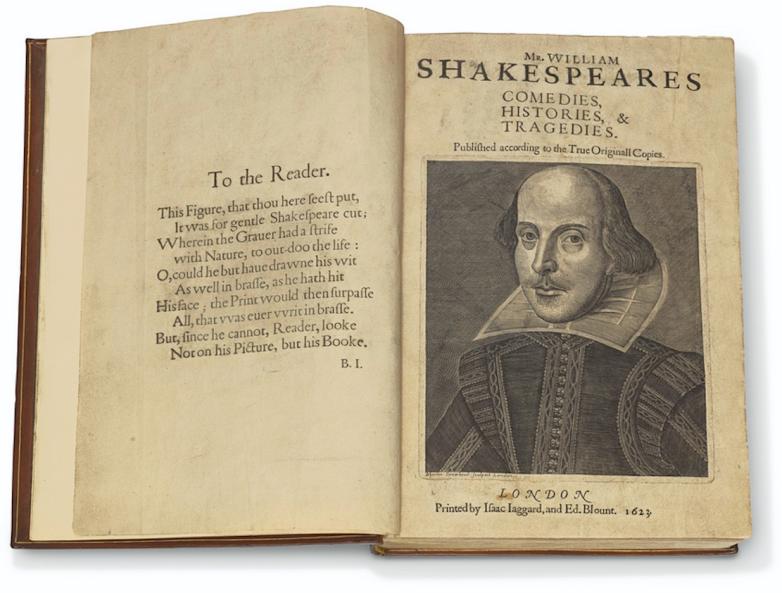 Yesterday, a copy of Shakespeare’s First Folio (1623) sold at Christie’s in New York for $9.9 million, fees included, to Stephan Loewentheil, president and founder of the 19th-Century Rare Book & Photography Shop, who commented post-sale: “William Shakespeare is incomparably the greatest writer in the English language and one of most important international cultural influencers in all history. The first Folio is the most important collection of plays ever published and revered throughout the world. It is an honor to purchase one of only a handful of complete copies of this epochal volume. It will ultimately serve as a centerpiece of a great collection of intellectual achievements of man.”

One of the very few complete copies known in private hands, this First Folio formerly belonged to Mills College in Oakland, California, which deaccessioned the highly sought-after book in light of a budget deficit. It had been donated to the college by James E. and Mary Louise O’Brien in 1977, and before that, it had been exhibited at the Festival of Britain in 1951.

The sale marked the first time in twenty years that a complete First Folio had appeared at auction, and the result was a record for the Folio. The previous record had been collector Abel E. Berland’s copy sold in the same rooms in 2001 for $6.2 million.

Margaret Ford, international head of books & manuscripts at Christie’s commented, “Christie’s is delighted to have established a new world auction record not only for a work by William Shakespeare, but for any work of literature. It is befitting that William Shakespeare’s First Folio, printed in 1623, holds this remarkable record, given its tremendous significance and influence around the globe.”

The record for a printed book at auction, however, still firmly belongs to the Bay Psalm Book, sold for $14.2 million to American philanthropist David M. Rubenstein in 2013.