The Samurai (& Samurai Cats) on View at Cambridge University Library 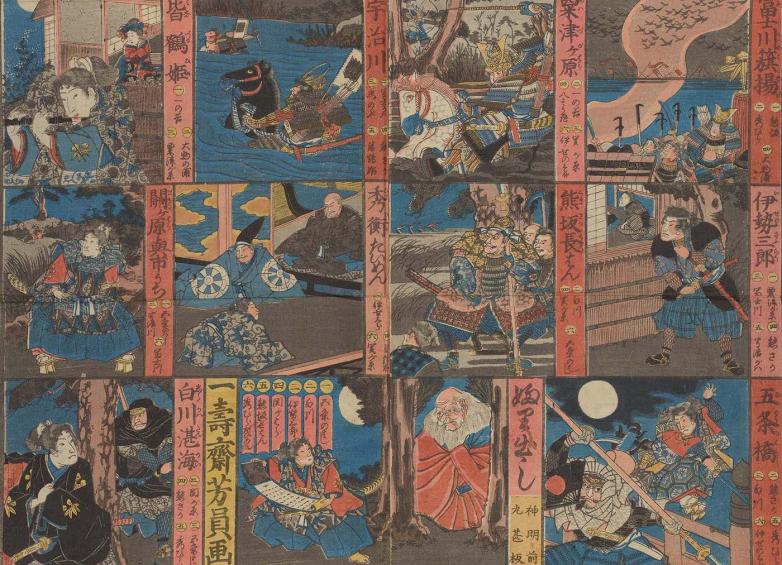 Detail from “Life of Yoshitsune,” a board game of his meritorious deeds.

The literary image of the samurai in manuscripts and woodblock-printed books from Japan is the focus of a new exhibition at Cambridge University Library.

Samurai: History and Legend draws on the library’s holdings which include one of the world’s most important collections of Japanese material outside the country. “The imagery of a samurai warrior we usually see is as much legend and mythology as it is history,” said exhibition curator Dr. Kristin Williams. “We may think of weaponry and armor when we think of samurai, but there was far, far more to their story.” 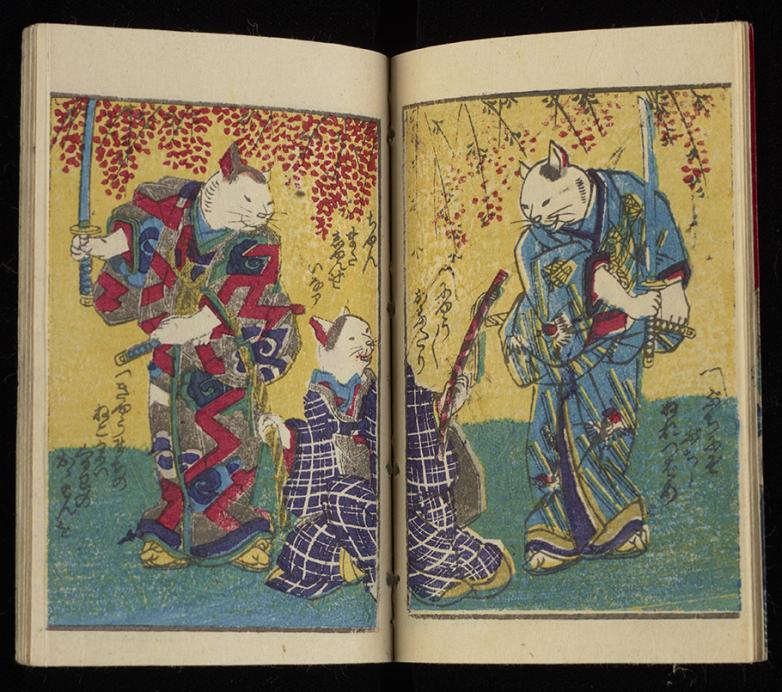 Among highlights is the book Neko no shibai (Cat theatre), woodblock-printed in the late nineteenth century, with full-color illustrations of cats dressed as Edo-period samurai complete with swords. Many of the items are going on display for the first time, including a seven meter-long scroll of the Lotus Sutra, an important Buddhist scripture. It was produced in Japan around 800 years ago with each Chinese character handwritten in pure gold on paper dyed with indigo.

Also making its exhibition debut is the historical chronicle Azuma kagami, one of the earliest Japanese books to arrive in Britain when it came around 1626 – it was initially misidentified as a Chinese manuscript and bound upside down, but while it is in Chinese, it was printed in Japan using wooden movable type.

Other items include a board game in which players must throw dice to recreate the life of a medieval warrior, and sketches by the Japanese artist Hokusai.