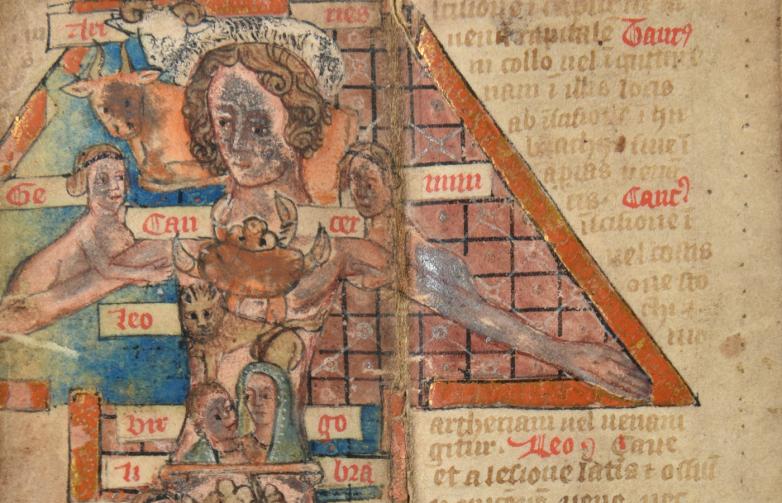 In the fifteenth-century, physicians might consult the stars as they pondered when medieval interventions might work best. A book recording saints’ days, times of sunrise and sunset, the sun’s position in the zodiac, and eclipse tables needed to be close at hand, perhaps even suspended from his or her belt (hence the moniker, ‘girdle book’). 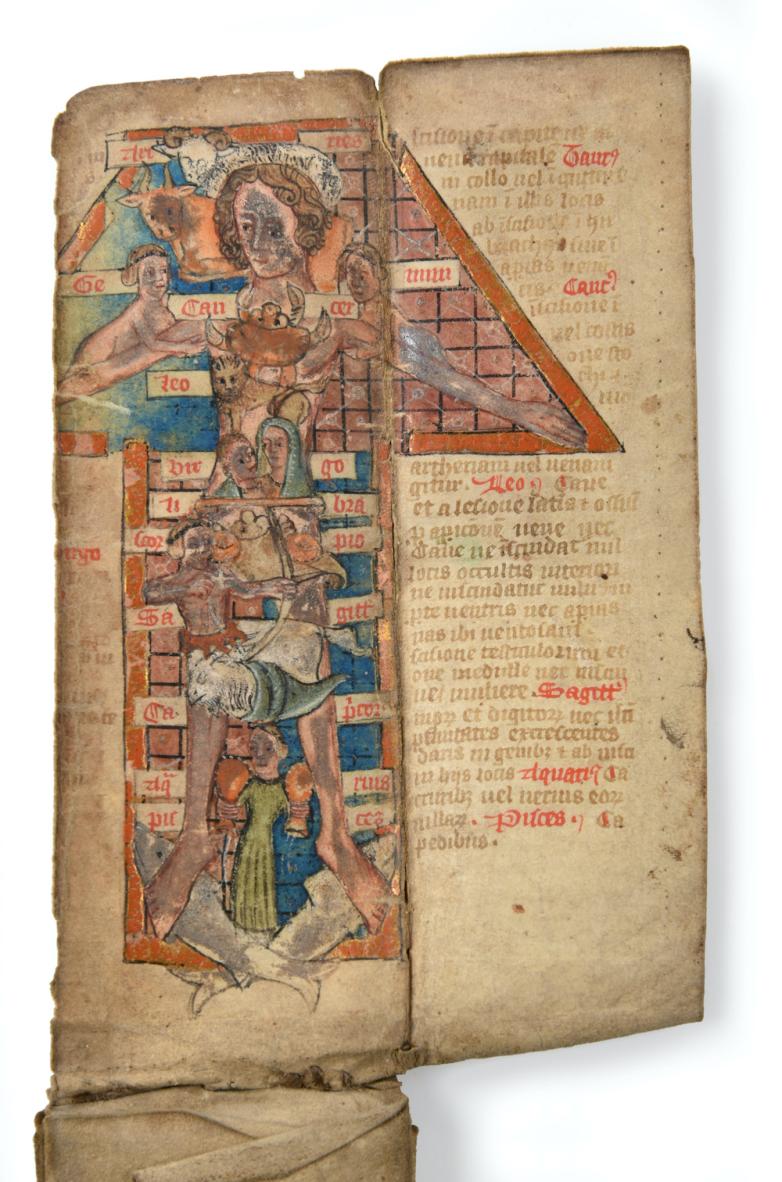 It appears to have been made in England circa 1425, according to the auctioneers, and is comprised of six folded vellum leaves with Latin text written in brown and red ink, stitched together and accompanied by its original silk-lined leather cover. Eminently portable and practical, a girdle book would have sustained daily use by its owner, in this case, likely a physician in southern England.

Featuring an illuminated miniature of the Zodiac man, an illustration that purports to show which parts of the body relate to which astrological positions, this book would have been particularly useful for planning therapeutic aid. "These images were, in most cases, didactic. Surgery had to be timed for when the stars were well-aligned, or, at least, not in opposition to the body part undergoing treatment," writes the Public Domain Review in a terrific overview of the subject.

J.P. Harthan, formerly the assistant keeper of the library at the Victoria & Albert Museum in London, who provided notes on the almanac in 1960, pinpointed its geographic origin. He writes, “From an analysis of the saints’ days and festivals it would appear that [the present] calendar was made for use in the Canterbury diocese (thus confirming the south England emphasis of the astronomical calculations).”