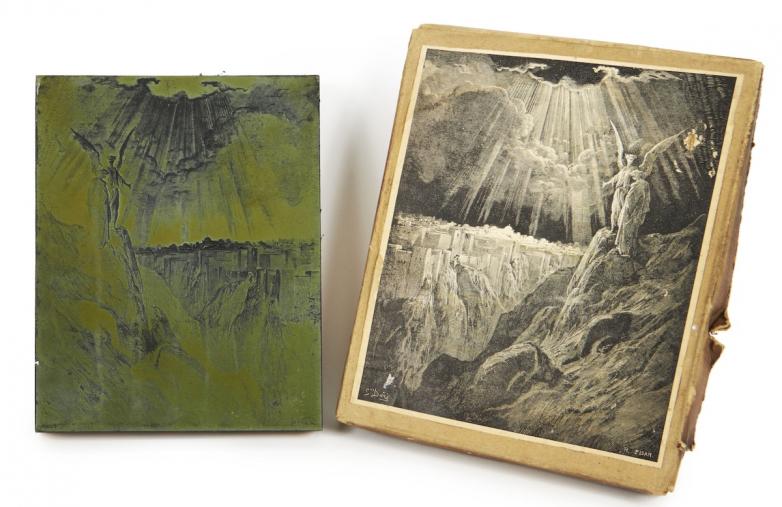 “The Angel showing Jerusalem to Saint John,” engraved by Héliodore Pisan under the direction of Gustave Doré for his 1866 Bible.

Doré, at least in the world of antiquarian books, is a name that hardly needs an introduction. Gustave Doré (1832-1883) was a French artist who found enormous commercial success by illustrating everything from classics to comics, and notably, Bibles. As the Getty Museum notes, “Dramatic, chiaroscuro illustrations of the Bible and literary giants such as Rabelais, Balzac, Cervantes, Dante, and Milton made Doré's name.”

Headed to auction in Paris next month are five metal stereotype plates (engraved metal matrices mounted on blocks of wood) used during the printing process of the two-volume La Sainte Bible of 1866. All were engraved by different engravers — Héliodore Pisan, E. Goebel, A. Francois Pannemaker — under the direction of Doré.

The “Agag” plate appears to have been offered at Bonhams in London last year to no avail.