At Risk: Ukraine's Museum of the Book and Printing 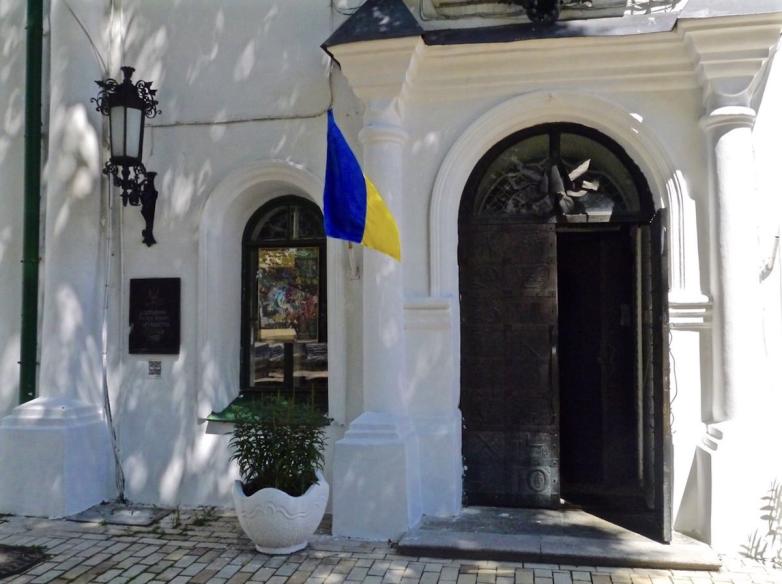 The Museum of the Book & Printing in Kyiv, Ukraine.

I visited the Museum of the Book and Printing of Ukraine in 2015, a year after Russia began waging its war in eastern Ukraine. I was in the country to interview political elites and collect survey data measuring the impact of violence in Kyiv and in the Donbass on the recent parliamentary elections for my master's thesis, but I kept getting pulled into Ukraine’s rich but tumultuous print and manuscript history. 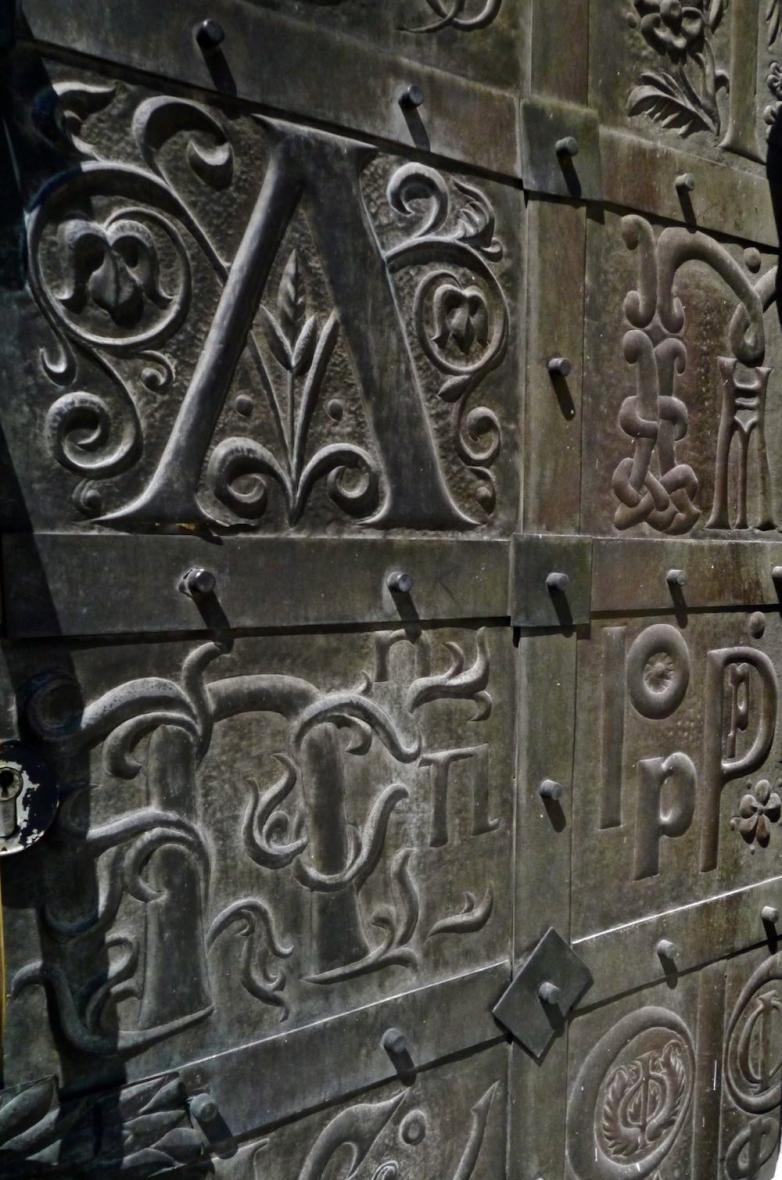 The museum's door is covered in Glagolitic script (the earliest Slavic alphabet) and Cyrillic characters.

On a visit to the Kyivan Monastery Caves, I stumbled across the Book and Printing museum and paid the 20 hryvnia to wander around. Founded in the eleventh century, the monastery’s premises include the Dormition Cathedral of the Kyivan Cave Monastery, catacombs where Orthodox Saints are interred, and the site of the first printing press in Kyiv (which later became the site of the museum). In the 1920s the Soviets confiscated most of the relics and antiques and converted the buildings into museums which contained anti-religious propaganda and exhibits. Then in the 1930s it was shut down and the collections were moved to newly built museums in Kyiv.

The Museum of the Book and Printing was established in 1972, the international year of the book, and contains thousands of objects that trace Ukraine’s unique print and manuscript history. The museum’s collection not only evinces Ukraine’s distinct political, cultural, and literary identity that is separate from Russia’s, but also helps the public understand how long the struggle for an independent Ukraine has been waged against its oppressors. The collections include works by Ivan Fedorov, the earliest printer to print books in Cyrillic using movable type on Ukrainian soil, as well as books printed during Alexander II’s 1876 ban on Ukrainian language in print. The ban would be amended but not fully lifted until the establishment of the Ukrainian Soviet Socialist Republic in 1919.

It is impossible to know where the museum stands during the current crisis, but we know what we are at risk of losing.

Editor's Note: As of today, the museum's website shows a pop-up message from its director Valentyna Bochkovska, requesting help to "protect our collections and our museum scholars and workers" and suggesting a place where donations can be made.

The International Council of Museums has also released a statement condemning the Russian invasion and offering "whatever support it can to alleviate any potential threats the heritage of Ukraine may face in the uncertain days and weeks to come."