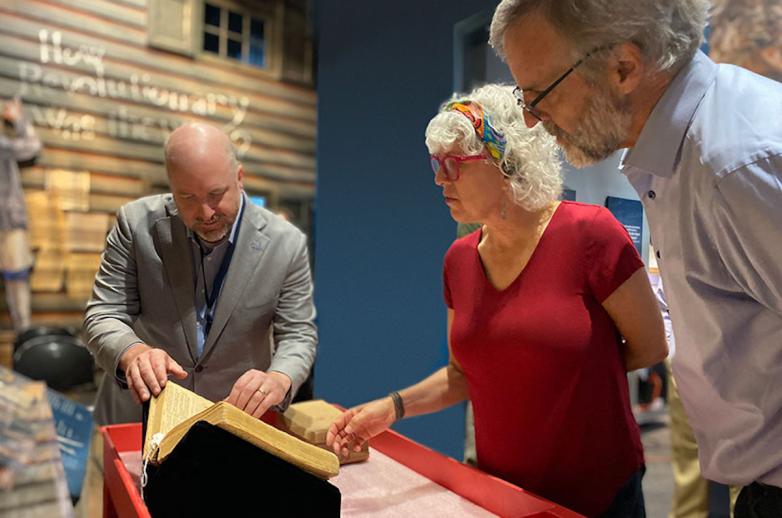 Just prior to the Fourth of July weekend, the Museum of the American Revolution (MoAR) in Philadelphia announced an exciting new acquisition: the “long-lost Revolutionary war diary of John Claypoole, husband of Betsy Ross.”

The diary chronicles the years 1781 and 1782, particularly Claypoole’s experiences as a prisoner of war after the British captured his ship off the coast of Ireland. His journal was later published, but the location of the original has been “unknown to scholars for nearly a century,” according to the museum. When Claypoole returned to the U.S., he met and married Ross, thought by many to have been the creator of the first American flag (though that claim has been widely disputed). 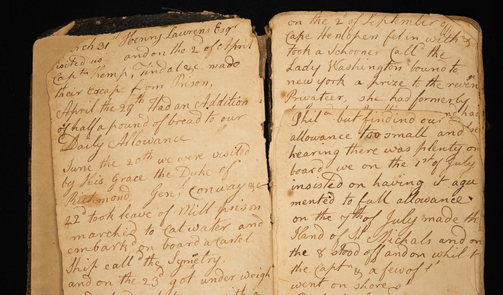 Aileen Edge and her husband David discovered the diary in a shoebox in a California garage last year when they were cleaning out the home of Aileen’s mother, Claire Canby Keleher, a Claypoole descendant.

“Discovering the diary was like something out of a movie. I felt like the world stood still as I realized what I was holding in my hands – something that was connected to beginning of our country. It’s a miracle that it survived,” commented Aileen Edge in a press statement issued by MoAR. “We donated the diary to the museum because we wanted it to be appreciated and enjoyed rather than hidden away for decades more. I also wanted to pay tribute to my mother and uncle for keeping this family history alive.”

The diary is currently on display in the museum’s “War at Sea” gallery alongside John Claypoole’s wooden sea chest, which was given to the museum in 2019 by a different branch of the Claypoole family.

The Edge family also donated a family Bible to the museum that originally belonged to Elizabeth Claypoole, John Claypoole’s mother. It endearingly documents the Claypoole-Ross marriage “in the year of our Lord 1783 and in the 8th year of Independence of the United States of America.”