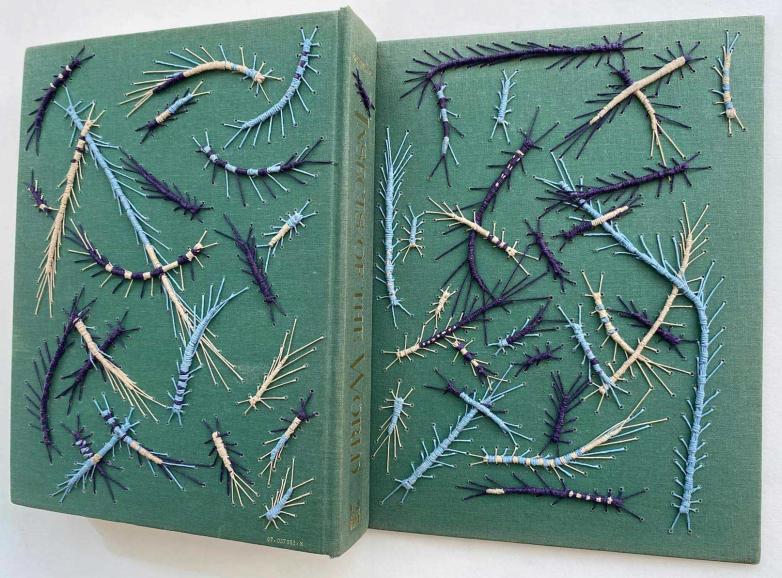 Insects of the World by Walter Linsenmaier (1972), recovered by Jo Anne Russo

Alluding to productive healing in the post-pandemic era, this invitational exhibition with related online and in-gallery programs was held from October 15, 2022 to January 2, 2023 at Art Around Books in Bellows Falls, Vermont.

A new gallery and creative space with future plans to be a bookstore is the brainchild of Michele Burgess and Bill Kelly, prolific publishers at the Brighton Press in San Diego, California. For RE-covery II, artists selected a book that was significant to them, ideally, a first edition. They were instructed to remove the book’s covers, thus destroying the books’ value as collectibles. Artists were free to embellish, annotate, or illustrate the books, creating new art works which became commentaries on the original publications.

The prompt to destroy the original covers could seem shocking to book lovers who prize original condition. However, this variation on the nineteenth-century practice of Grangerizing—adding illustrations and ephemera to enrich books’ content—served to revive out-of-print volumes from their all-but-forgotten lives on dusty shelves.

In past centuries, rebinding was not all that unusual. Books and manuscripts were sometimes bound in  earlier bindings, or significant owners commissioned special decorative bindings. The exhibition included an example of a twentieth-century printing of Rabelais bound in early boards. Newly created book covers became stages for artists’ commentaries on books’ subjects. 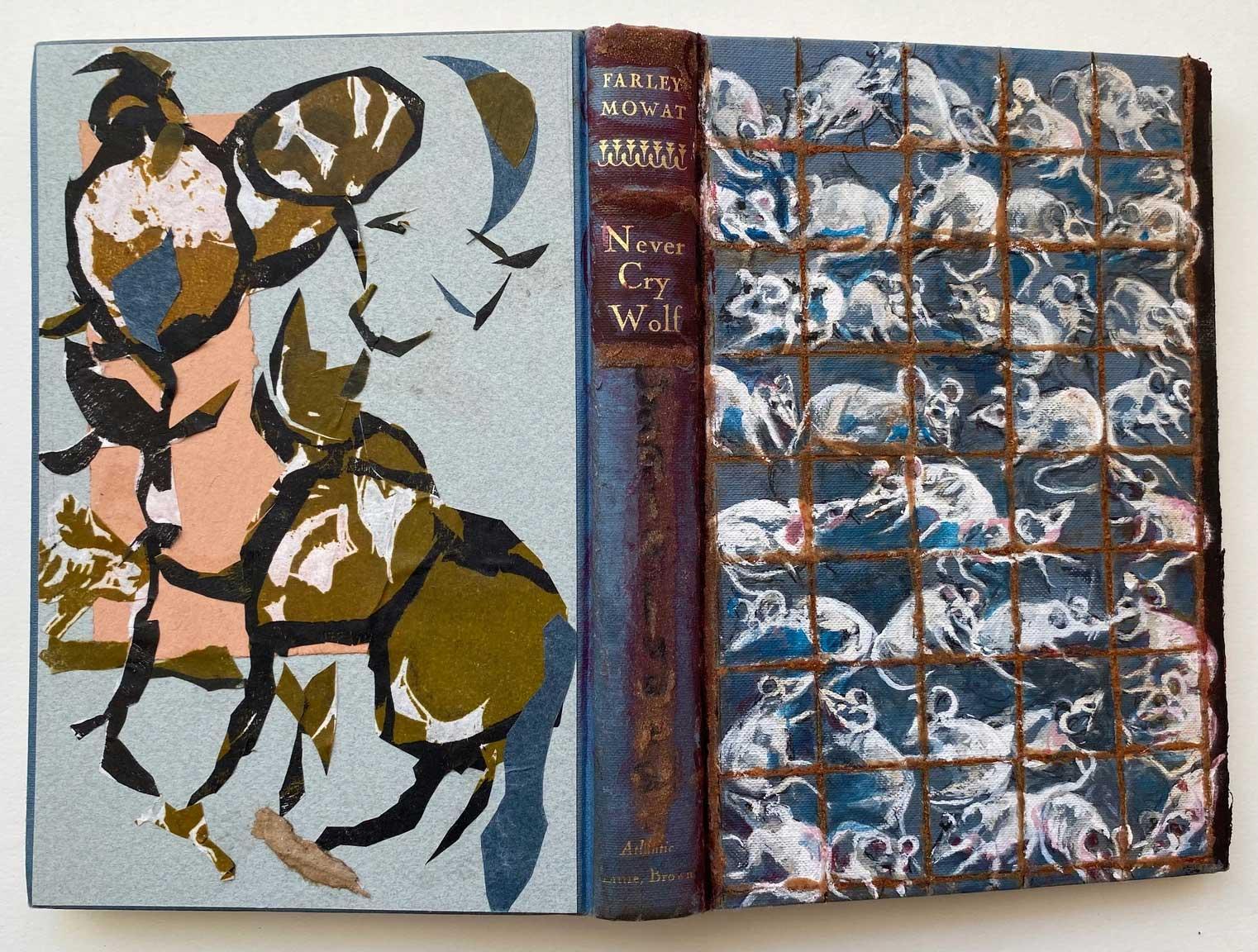 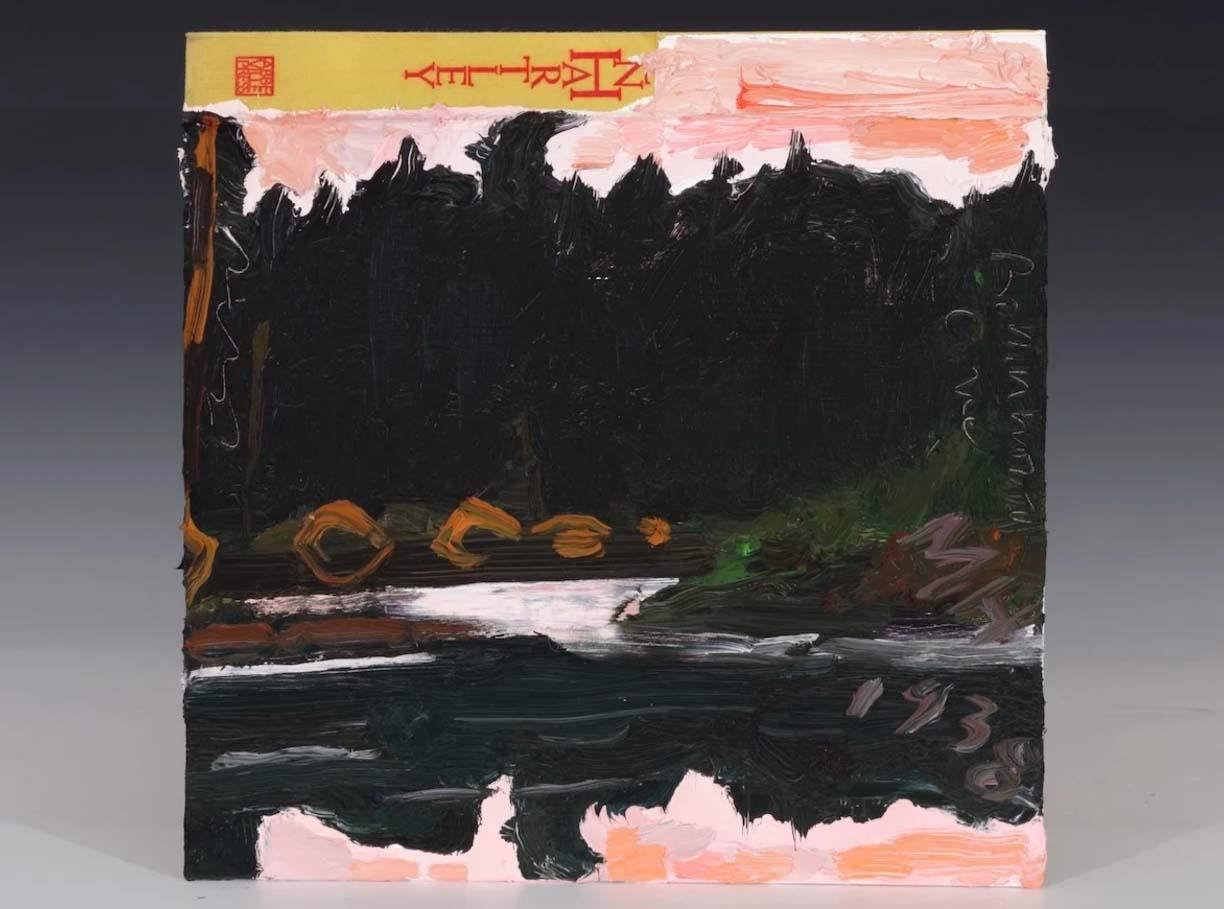 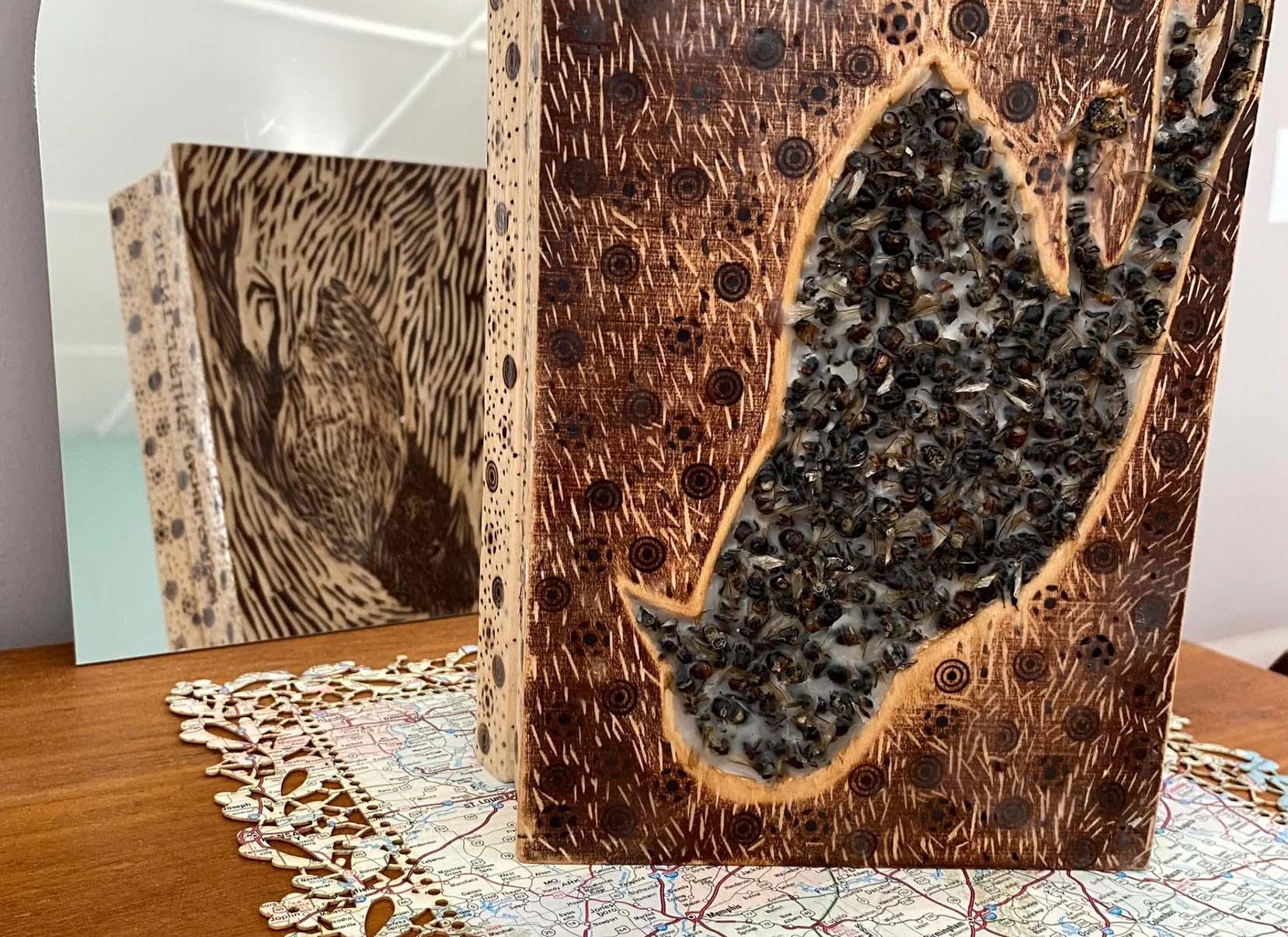 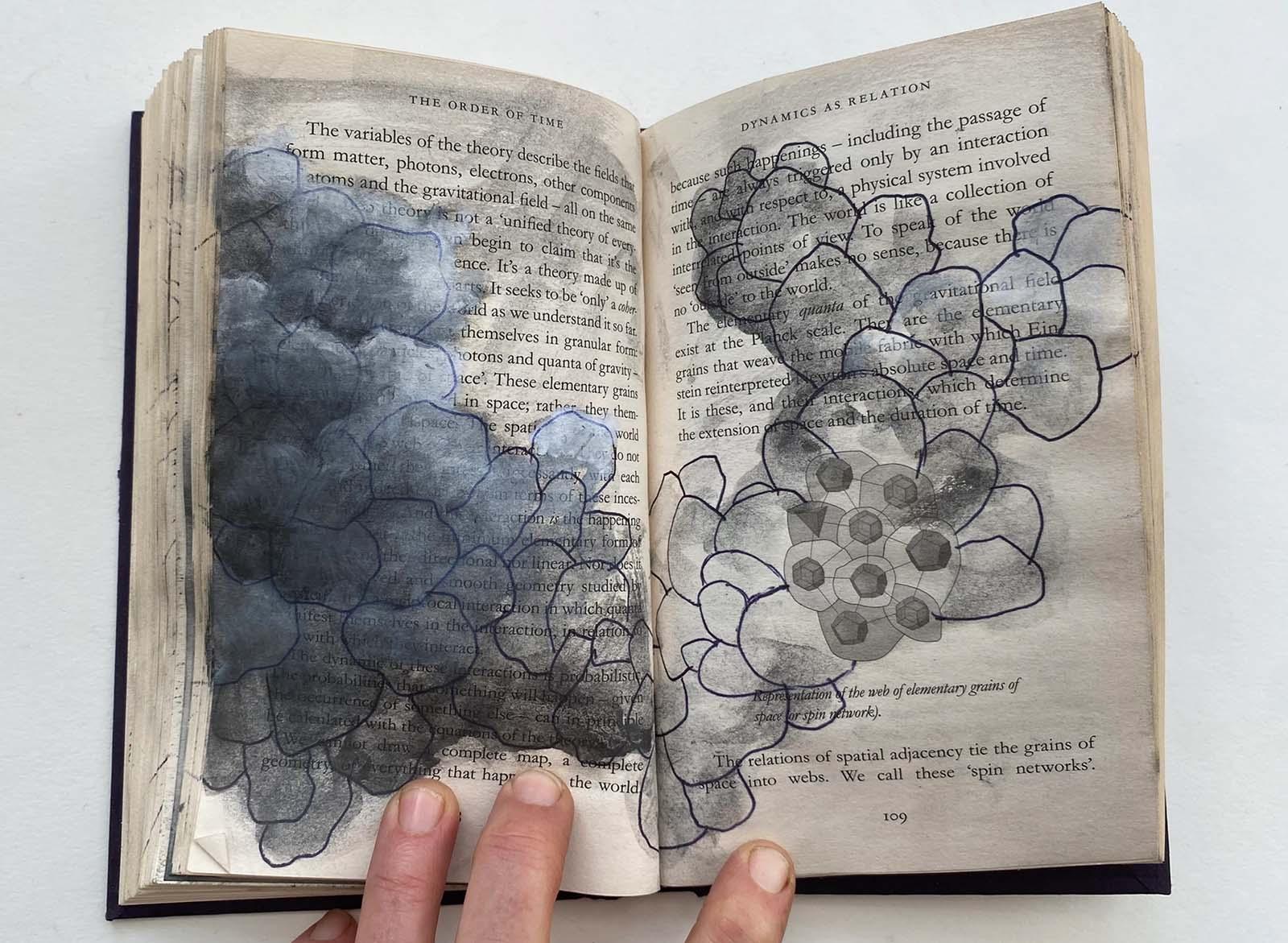 The Order of Time by Carlo Rovelli (1985), recovered by Tatiana Ortiz-Rubio 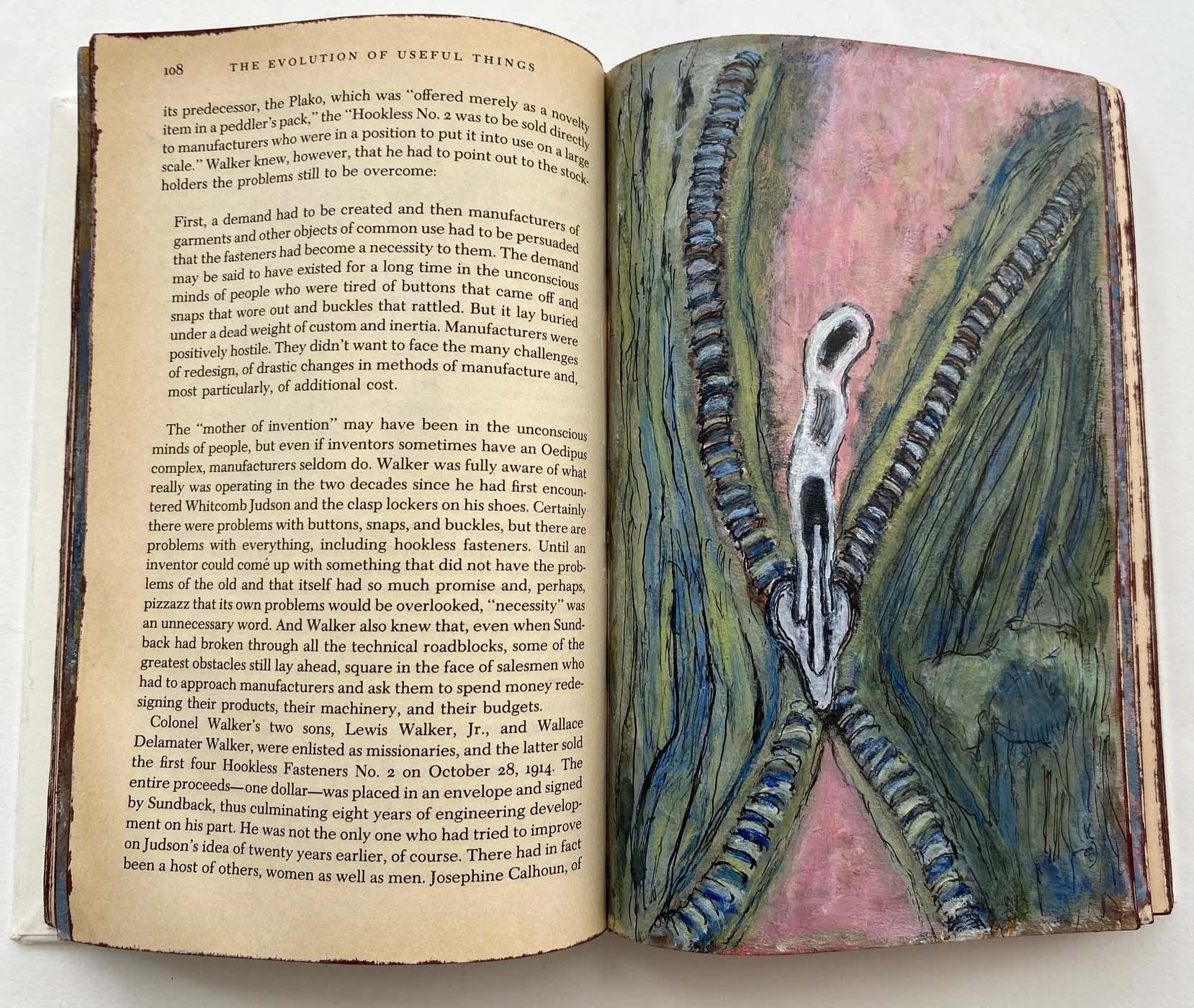 The Evolution of Useful Things by Henry Petroski (1992), recovered by Lynne Merchant 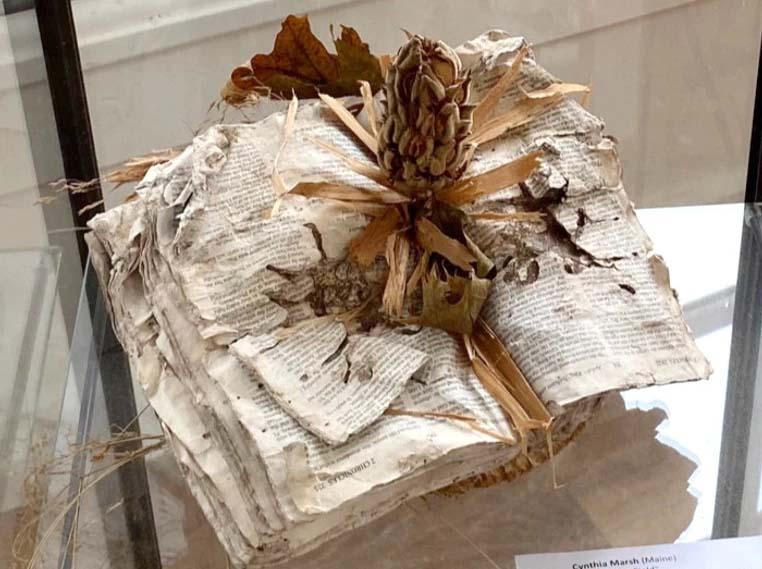 The Bible of the Field, recovered by Cynthia Marsh 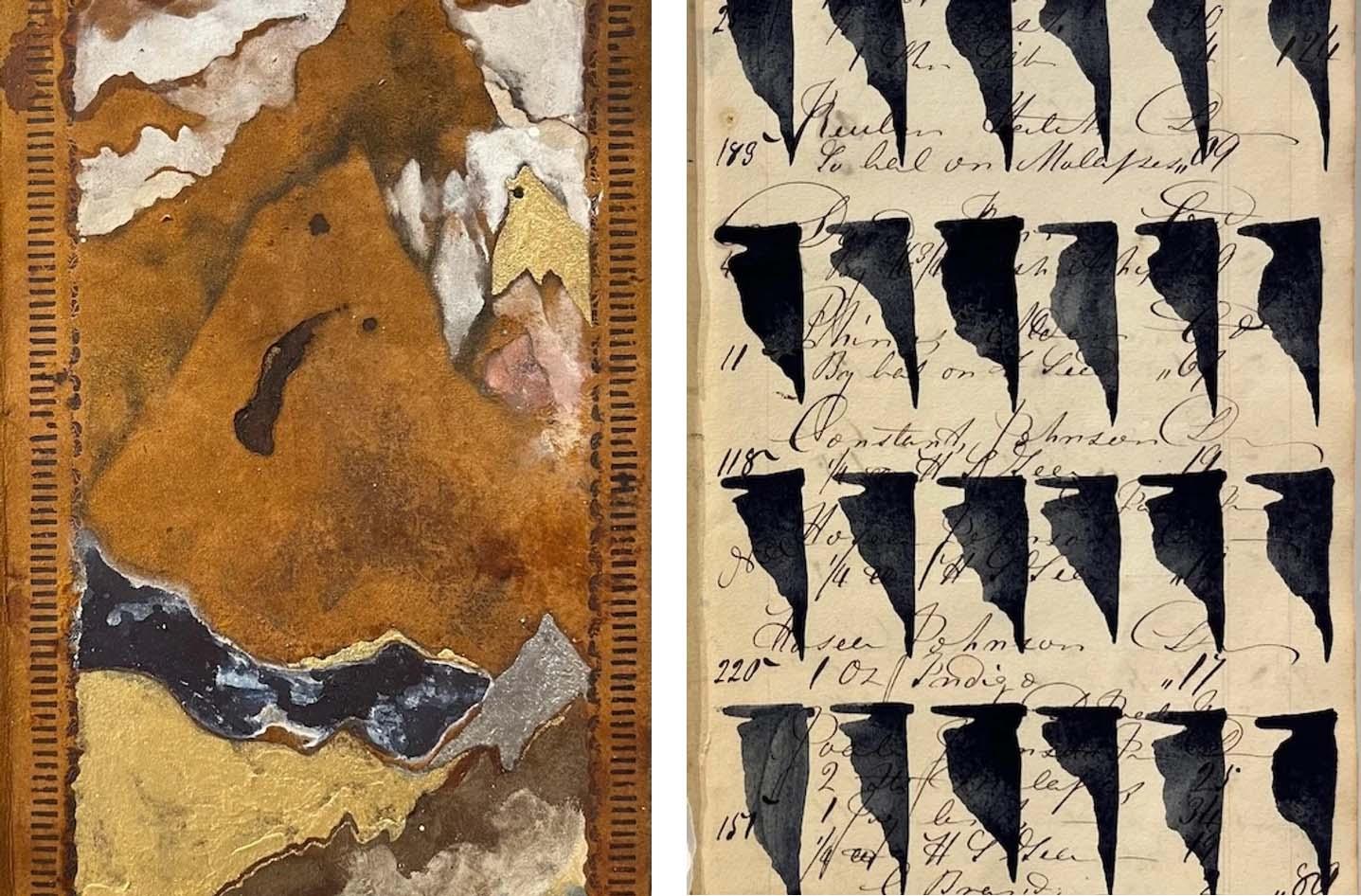 Among selected titles on science was John Halaka’s recovered Silent Spring. His homage to Rachel Carson’s predictions of environmental collapse was a wood-carved binding inset with dead honeybees. Jo Anne Russo’s caterpillar-stitched embroidered cover of Walter Linsenmaier’s Insects of the World pointed to the current decimation of insect populations. Pages of physicist Carlo Rovelli’s The Order of Time were filled with Tatiana Ortiz-Rubio’s charcoal gray drawings expressing feelings of beauty and dread associated with time.

What happens to books after they are read? They can change us, but readers also change them with annotations and drawings, filing letters and related materials in their books. Highlighting artists’ retrievals of an encyclopedic range of titles, this exhibition illustrated the life of ideas flowing from authors to books to readers and their memories. The unique editions of both well-known and obscure works shown were engaging, humorous, and in several cases, truly haunting. With remarkably personal responses to books’ subjects, artists’ treatments served as invitations for viewers to enact their own recoveries.

Read about the artists, the books, and view the exhibition at artaroundbooks/recovery