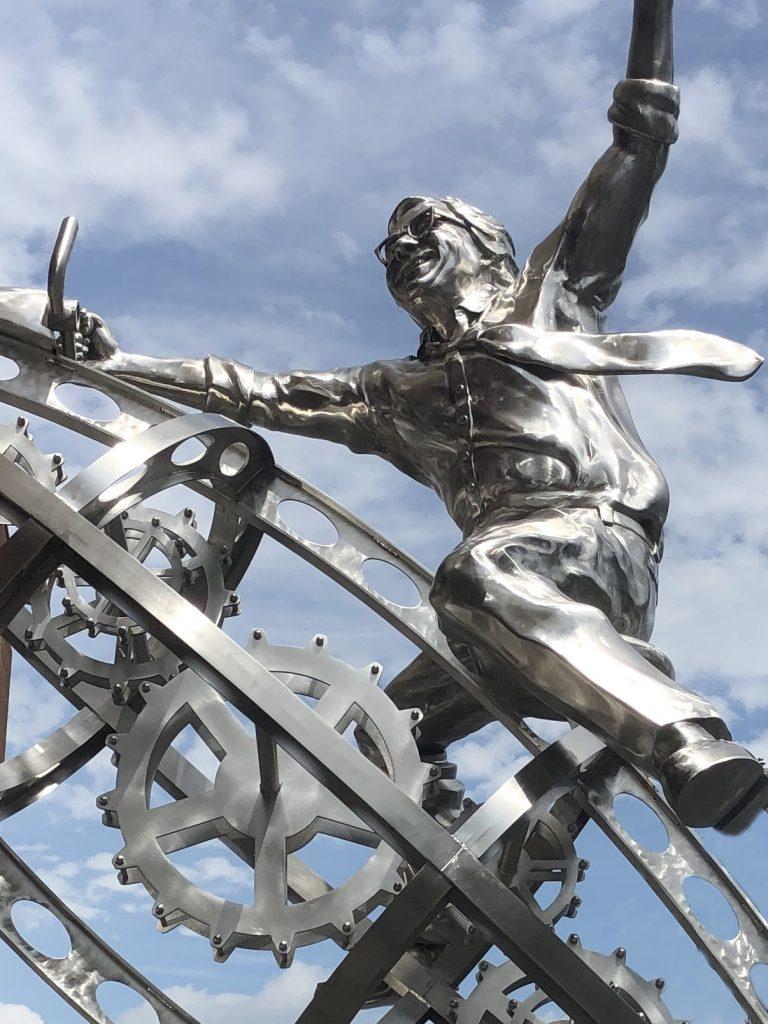 Courtesy of the Waukegan Public Library

The Waukegan Public Library in Waukegan, Illinois, unveiled a 12-foot statue of Ray Bradbury last Thursday, August 22, on what would have been the late author’s 99th birthday. The stainless steel sculpture, titled “Fantastical Traveler,” is much like the man himself: brilliant and bursting with creative energy. It features Bradbury riding a rocket ship while holding onto a book and was inspired, said its creator, Zachary Oxman, by Bradbury’s poem, “If Only We Had Taller Been.”

Bradbury, best known for his novels, The Martian Chronicles and Fahrenheit 451, was born in Waukegan, a Chicago suburb, on August 22, 1920 and lived there until he was thirteen. A few years after his death in 2012, a proposal to memorialize the town’s literary icon with a piece of public art began to circulate. A committee was formed, funds were raised, and, after 41 artists submitted ideas, Oxman’s exuberant sculpture was chosen. As the Maryland-based sculptor commented at the time, “Bradbury’s writing was not rooted in the possible world, but rather in a fantastical one. I wanted to evoke that whimsicality.”

According to the Chicago Tribune, the $125,000 cost of the statue was financed through donations. Those who gave at least $150 received a book from Bradbury’s personal book collection, which had been donated to the library upon his death. (Bradbury’s manuscripts, art, and rare materials were auctioned in 2014.)