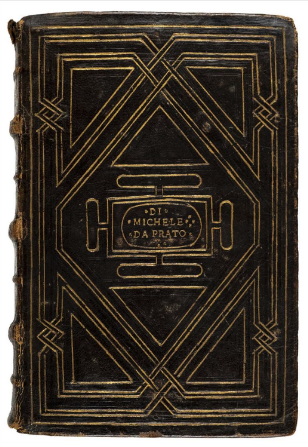 On Wednesday, Dominic Winter Auctioneers sells Printed Books, Maps & Documents, in 410 lots. The top-estimated lot is a copy of the 1527 Giunta edition of the Decameron (Florence), in a Grolieresque binding for Michele da Prato (£5,000–8,000). The Rome 1525 edition of Hippocrates, containing the first complete Latin text of his works, in a contemporary blind-tooled pigskin binding and with early marginalia, could fetch £3,000–5,000. The December 1520 edition of Thomas More's Epigrammata (Basel), with early English provenance and original English binding panels inlaid on the upper and lower boards, is estimated at £3,000–5,000. A copy of the Kelmscott Press History of Reynard the Fox (1892), one of 300 copies on paper, could sell for £3,000–4,000.

Also on Wednesday, Photographs & Photobooks at Freeman's, in 253 lots. One of just fifty copies of The Quiet in the Land portfolio (Laumont Editions, 2006), is estimated at $5,000–7,000. A gelatin silver print of Lillian Bassman's 1959 photograph of Ann St. Marie for Chanel, inscribed by Bassman, could sell for $4,000–6,000, while an 1876 five-print Joshua H. Beal panoramic view of Manhattan showing the Brooklyn Bridge under construction (in fact taken from the bridge's East Tower), is estimated at $3,000–5,000.

Heritage Auctions will hold an online sale of 471 items from the Glynn and Suzanne Crain Science Fiction Collection on Thursday, September 12. Among the top lots in that sale so far are a Virgil Finlay scratch board illustration for Ray Bradbury's story "A Sound of Thunder," first published in Wonder Stories Anthology in 1957 (up to $7,750 as of Sunday afternoon).