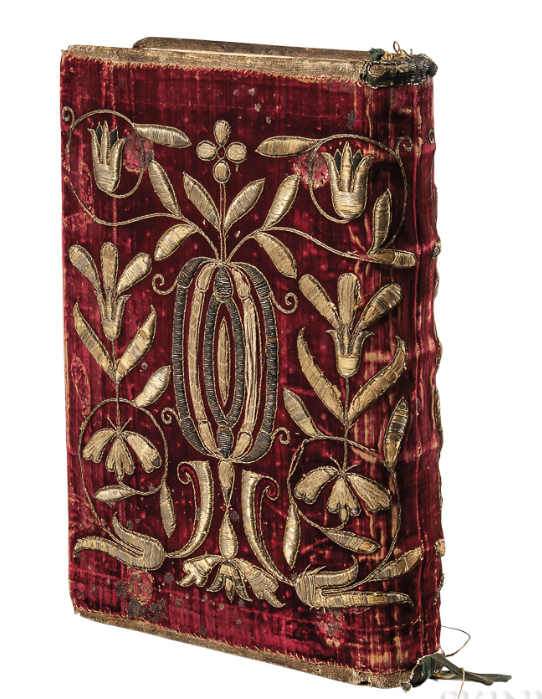 First a rescheduling note: Skinner's sale of A Mystic Collection: Early Books, originally planned for July 20, has been moved to Tuesday, July 23. See last week's post for expected highlights. The photo above shows a 1610 Missale Romanum published at Antwerp and bound in red velvet with an embroidered design ($500–700).

Forum Auctions holds an online sale of Books and Works on Paper on Thursday, July 25, in 262 lots. The top-estimated lot is a near-complete set of Matrix, with the first two volumes in reprint and lacking volume 32 (estimated at £1,500–2,000). Also on offer is a mixed set of the five-volume catalogue of Sir Joseph Banks' library, at £600–800.