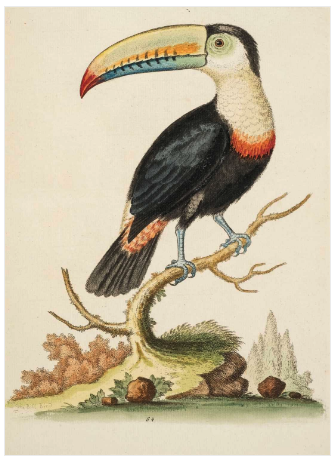 Also on Wednesday, The Library & Picture Collection of the late Martin Woolf Orskey at Dominic Winter Auctioneers, in 440 lots. Rating the top estimate is an illuminated Latin Book of Hours (Use of Rome) from around 1450 (£10,000–15,000). A lovely copy of George Edwards' Natural History of Uncommon Birds (1743–51), from the library Charles Shaw-Lefevre, 1st Viscount Eversley of Heckfield, could sell for £8,000–12,000. Some other interesting lots from this sale include a manuscript recipe book from around 1700 (£1,000–1,500); Caslon's 1785 Specimen of Printing Types (£700–1,000) and a number of other type specimens and auction catalogues. There are some very nice bindings, &c. too; I highly recommend a close look at this sale.

Rounding out Wednesday's sales, University Archives holds an auction of Autographed Documents, Manuscripts, Photos & Books, in 259 lots. A military checklist signed by Edward IV is estimated at $35,000–40,000, while a Stalin letter from 1930 asking questions about American culture could sell for $30,000–35,000.

Also on Thursday, Fine Literature with Mystery & Detective Fiction at PBA Galleries, in 519 lots. A first edition, signed, of Margaret Mitchell's Gone With the Wind is estimated at $3,000–5,000; a presentation copy of Sinclair Lewis' Main Street rates the same estimate. Lots 457–519 will be sold without reserve.

A 428-lot sale of Livres & Manuscrits at Aguttes on Friday, June 28, will round out the week.