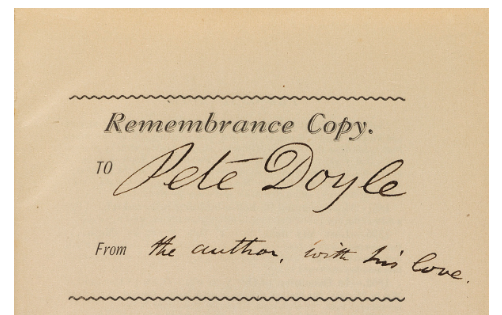 Doyle's online sale of Travel & Sport in Africa from the Library of Arnold 'Jake' Johnson closes on Tuesday, June 18.

Lyon & Turnbull sells Rare Books, Maps, Manuscripts & Photographs on Wednesday, June 19, in 475 lots. The highlight is expected to be a set of two dozen unjoined gores for a large terrestrial globe designed by Vincenzo Maria Coronelli, estimated at £20,000–30,000.

On Thursday, June 20, Dominic Winter holds an auction of Modern Literature & First Editions, Children's, Fine Press & Illustrated Books, in 294 lots. A set of the Lord of the Rings novels, each signed by Tolkien and from the collection of David A. Smith, is estimated at £7,000–10,000.

At Freeman's on Thursday, Books, Maps & Manuscripts, in 514 lots. A wide range of material in this sale.