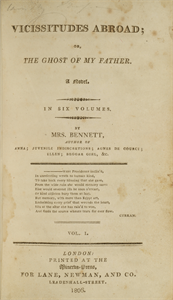 A quiet sale week coming up:

On Thursday, April 25, ALDE sells the library of collector Guy Bigorie, in 250 lots. Estimates are mostly in the three- to low-four-figure range. Some expected highlights include Leconte de Lisle's Les ?rinnyes (1908), with original watercolors by Franz Kupka at ??6,000-8,000, and a number of lots all estimated at ??4,000-5,000: Chenier's Les Bucoliques (1905) in a binding by Charles Meunier and with additions; a set of three Flaubert volumes bound by Georges Mercier (1892-1895); Gautier's Mademoiselle de Maupin (1883) with original Paul-Albert Laurens watercolors and a Gautier autograph poem; Gautier's La Chaîne d'or (1896) with original drawings and watercolors; mockups for an unfinished Pierre Louÿs work (~1903); Maupassant's Contes choisis (1891-1892) with an added album of 25 original drawings; and Musset's Les Nuits (1911) in a striking binding with additional material (pictured below). Potter & Potter will sell The Magic Collection of Ray Goulet on Saturday, April 27, in 565 lots. The only known copy of a 1911 letterpress broadside advertising a Houdini show at the Southampton Hippodrome, inscribed by Houdini to his magician and collector John Mulholland, rates the top estimate at $15,000-25,000. The auction house notes that British law required that a show be staged before a live audience in order for it to be protected by copyright, and that this performance may have been put on for "an audience of one." A copy of Harry Kellar's A Magician's Tour (1886), incribed by Kellar to magician Howard Thurston, is estimated at $2,500-3,500. Quite a few interesting lithographic posters, &c. in this sale, too.