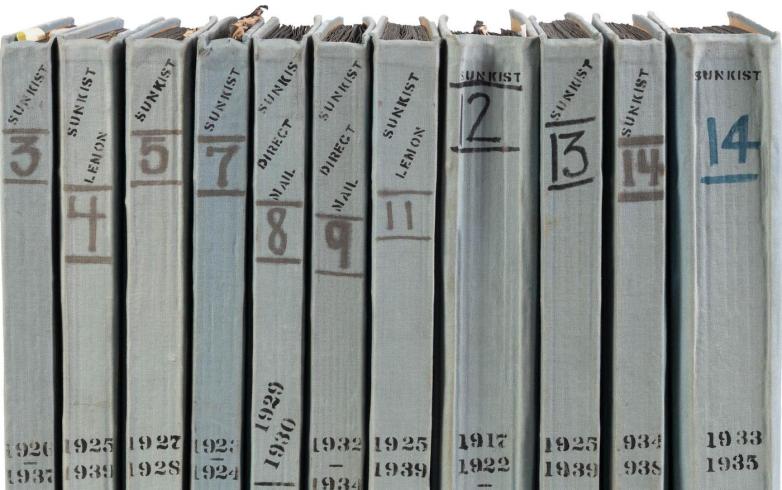 Volumes from an eighty-volume archive of advertisements for Sunkist Growers, Inc., offered at PBA Galleries this week.

A trio of sales I'll be watching this week features antiquarian books, photography, and a Sunkist archive.

At PBA Galleries on Thursday, August 25, Antiquarian Books with Fine Press and Fine Bindings, in 360 lots. Eighty volumes of advertisement archives for Sunkist Growers, Inc. covering the years 1917 to 1999 are estimated at $10,000–15,000. Three volumes containing 190 fashion designs by Louis Lamotte from 1920 to 1924 could sell for $4,000–6,000. The same range has been assigned to a c.1914 Ludwig Hohlwein advertising poster and a copy of five-volume The Dramatic Works of William D'Avenant (1872–1874), one of just four copies printed on vellum.