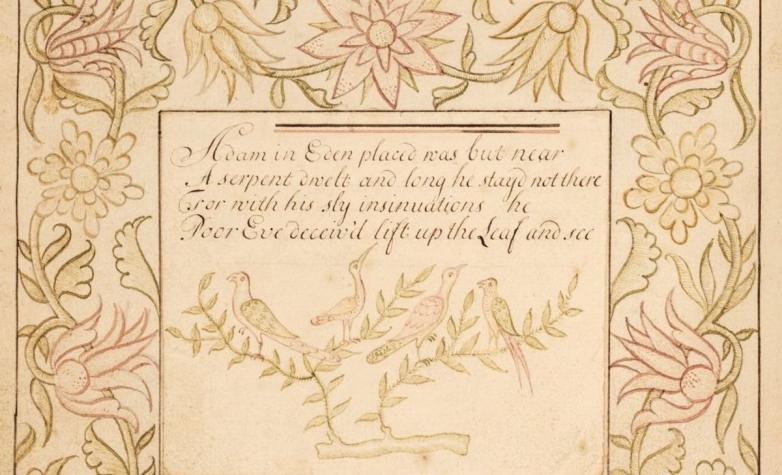 Detail from an illustrated educational manuscript by Robert Dodsley (father of the publisher), offered at Dominic Winter Auctioneers this week.

Literature, Graphics, Ephemera are on the block at New England Auctions on Tuesday, in 192 lots. A set of the Nonesuch Dickens with one of the original woodblocks had been bid up to $4,000 by Monday morning. Other lots include Clement Clark Moore's Poems (1844), containing "A Visit from St. Nicholas"; a group of ten Sarah Orne Jewett volumes; and a first printing of the third edition of Leaves of Grass. 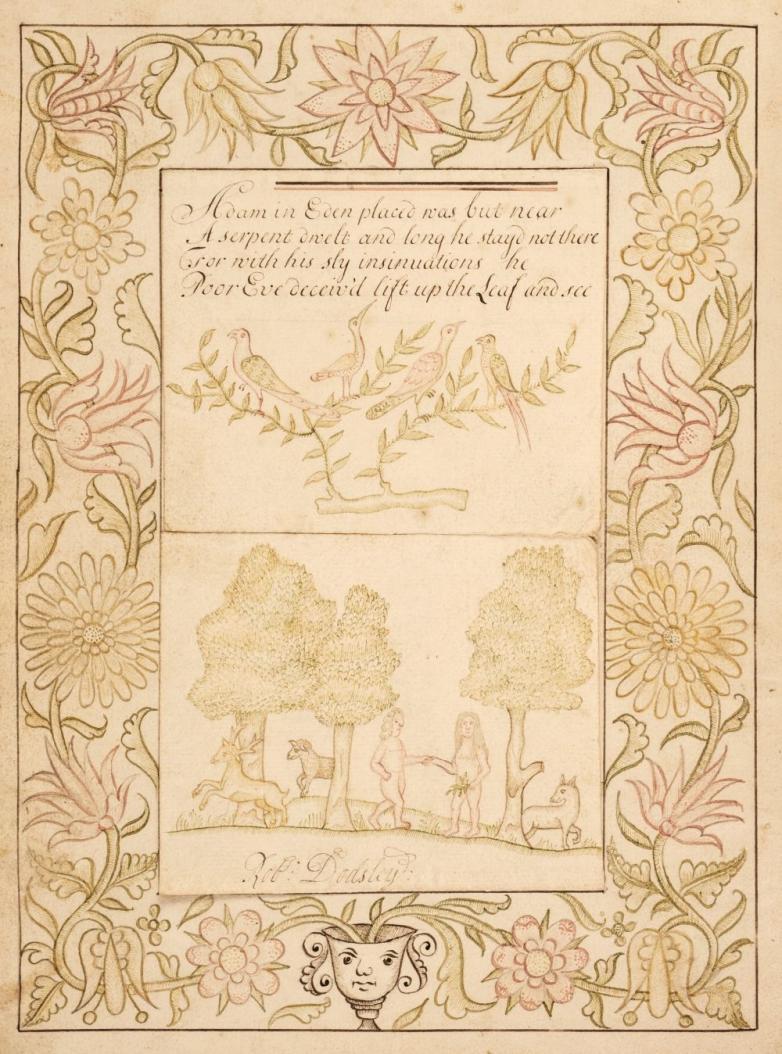 On Wednesday and Thursday 8–9 September, 629 lots of Printed Books, Maps & Autographs, 20th Century Photography at Dominic Winter Auctioneers. Sharing the top estimate of £20,000–30,000 are a first edition of Newton's Opticks (1704), a collection of some 1,100 royal photographs from the collection of photographer Ray Bellisario, and a 1511 Bernard Sylvanus world map. An intriguing illustrated manuscript by Robert Dodsley (father of the publisher) is estimated at £3,000–5,000.

At Forum Auctions on Thursday, 289 lots of Modern Illustrated Books and Private Press. A 1968 edition of Flint's Breakfast in Périgord in an Elizabeth Greenhill binding is expected to lead the sale at £2,000–3,000. Four proof wood-engravings by Clare Leighton for the Macmillan edition of Hardy's The Return of the Native could sell for £750–1,000. One of 200 copies of the Chiswick Shakespeare on Japanese vellum is estimated at £600–800.