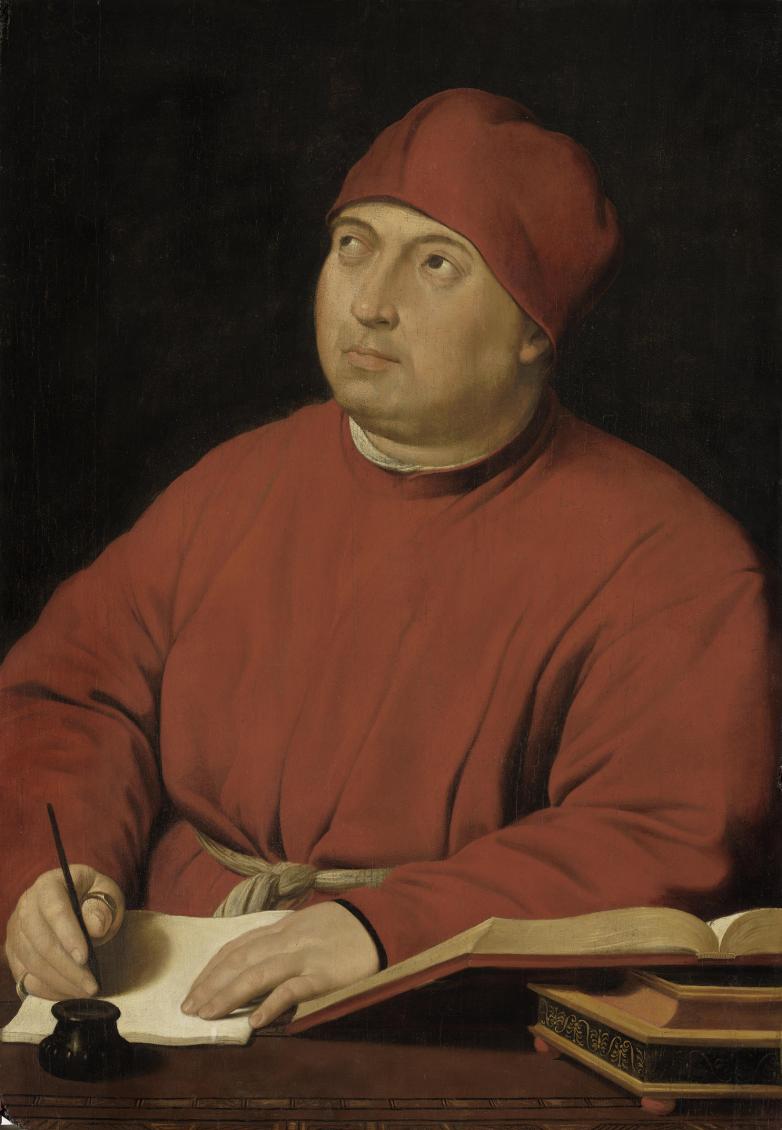 Raphael’s portrait of Tommaso Inghirami, about 1510.

In 1898, Isabella Stewart Gardner brought the first Raphael to America, a portrait of Pope Julius II’s librarian, Tommaso Inghirami. Today it goes on exhibit at her namesake museum in Boston in commemoration of the 500th anniversary of Raphael’s death.

So who is this man in the red cap, gazing heavenward? A friend of the painter’s, to start, and a lover of literature and theater—the “Cicero of our era,” according to Erasmus, also a friend. More to the point of the portrait, however, is the fact that he was the head of the Palatine Library (now known as the Vatican Library) from 1510 until his death in 1516.

Raphael’s c. 1510 depiction shows Inghirami with pen in hand, copying text from a red leather-bound book into a quire. “Even after the advent of the printing press, scholars continued to create lavish, hand-copied editions of rare texts for rich patrons,” notes the Gardner Museum. Henry James called the painting “semi-sacred.”

The exhibition, which features a selection of sculpture, drawings, and archival materials to give the painting context, is on view through January 26, 2020.