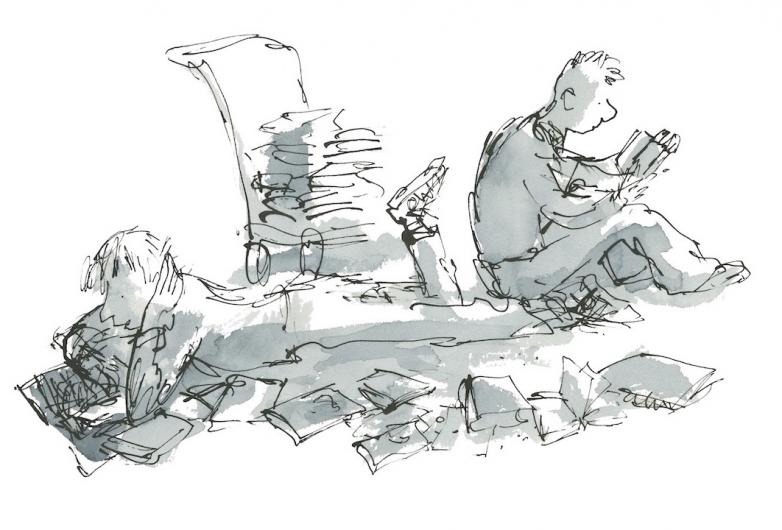 An Anthology of Readers will feature 72 pen, ink, and watercolor drawings focusing on people of all ages who love reading books. “Reading is interesting to me and as it happens it is the only thing in which I have a qualification, a Cambridge degree,” said Blake. “But of course what is really interesting are the postures that readers get into when they have a book in their hand.” 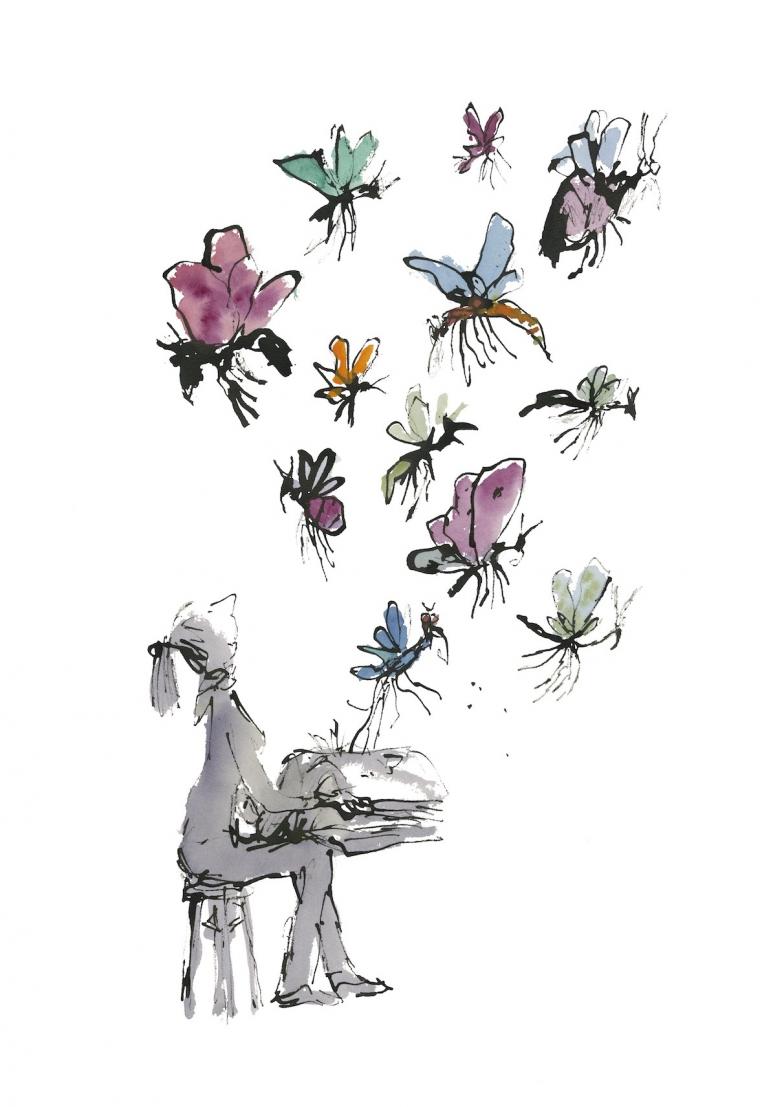 Prints of four of the works, each in a limited edition of 25, will be on sale and a fully illustrated book has also been published by Shapero to coincide with the exhibition, with historian Simon Schama contributing an introduction. This will be limited to 100 numbered copies, each with a giclée print signed by Quentin Blake, and including 51 illustrations of "Constant Readers," as the artist has called them.

The bookshop will also be showcasing a range of first edition books illustrated by Quentin Blake.

In recent years, Blake has become particularly associated with Roald Dahl’s books for children which he has very successfully illustrated. But a permanent exhibition of his most current work is on show in the capital at House of Illustration, which he himself founded in 2014. At the moment this includes his illustrations for John Ruskin’s book, The King of the Golden River, The QB Papers (a series of 20 hand-sewn, large-format books of drawings), his illustrations for Moonlight Travellers written by Will Self, and murals recently produced for Sheffield Children’s hospital.