Queen of the Bluestockings Gets a Blue Plaque 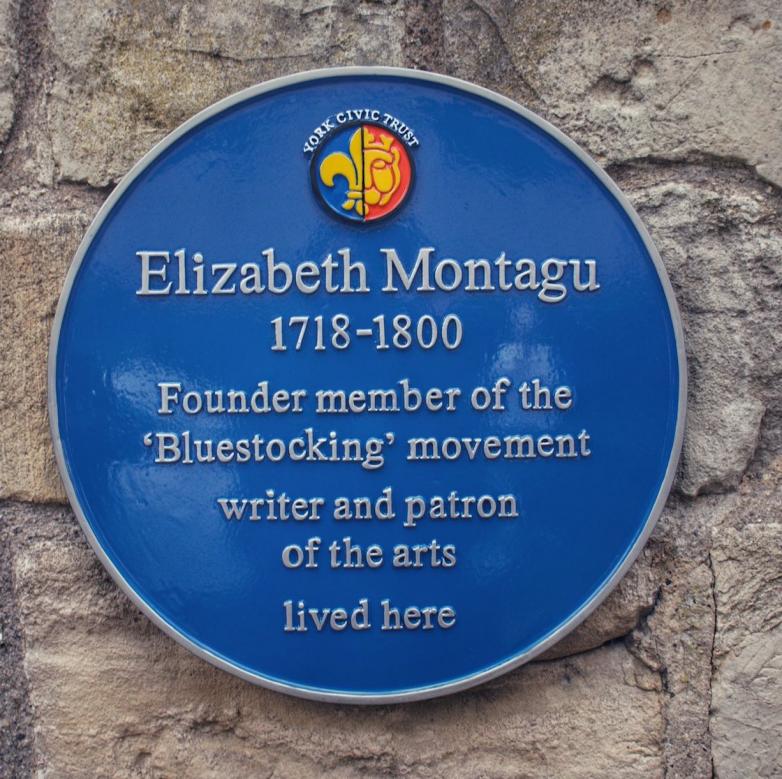 Last month, the York Civic Trust in York, England, erected a plaque celebrating the life of Elizabeth Montagu (1718-1800), who co-founded the Bluestocking movement and whose home in London became the must-attend literary salon of the day. The Blue Plaque -- mounted on an outside wall at the city’s Treasurer’s House property, now owned by the National Trust, where she grew up -- is part of a nationwide scheme to mark links between famous people and their homes. 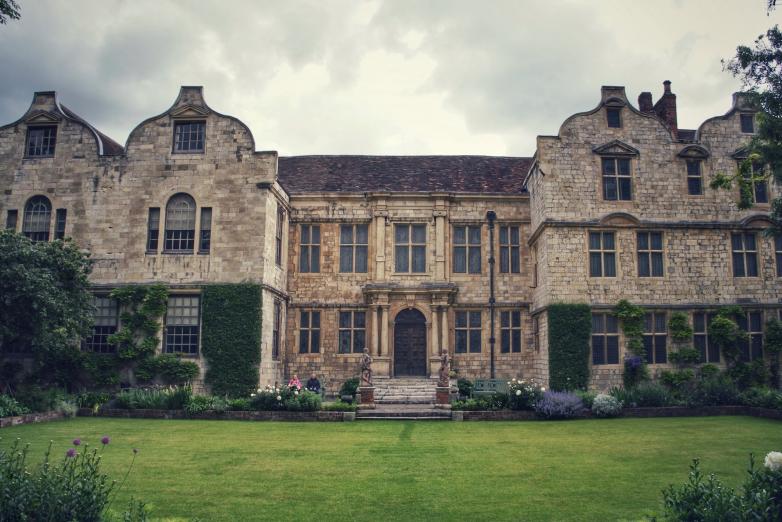 York's Treasurer’s House property, now owned by the National Trust, is where Elizabeth Montagu grew up.

Montagu not only patronized the leading writers, such as James Boswell and Samuel Johnson, who attended her literary salons, she also used her high level in society to champion female writers of the day including Fanny Burney and Hannah More. These events became so popular that they were ticketed. Johnson christened her “Queen of the Bluestockings” and also said of her: “She diffuses more knowledge than any woman I know, or indeed, almost any man.”

The term “bluestocking” is believed to derive from one of the early attendees, botanist and publisher Benjamin Stillingfleet, who wore more informal blue stockings on his visits instead of the regulation black.

Montagu was herself an author, providing three sections of Dialogues of the Dead (1760) and writing An Essay on the Writings and Genius of Shakespeare (1769). An academic project to annotate her letters is ongoing at elizabethmontagunetwork.co.uk. In a 1738 letter to the Duchess of Portland she wrote: “I endeavor to drink deep of philosophy, and to be wise when I cannot be merry, easy when I cannot be glad, content with what cannot be mended and patient when there be no redress.” She also told actor David Garrick that: “I never invite idiots to my house.”